Newly elected moderator opens closes each day with Scripture, prayer from app; encourages Canadians to use it for their own self-enrichment 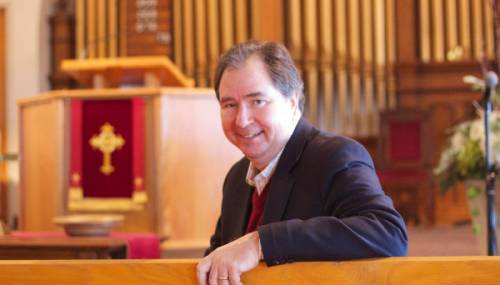 LOUISVILLE — Shortly after he was elected moderator (April 1) of the 146th General Assembly of the Presbyterian Church in Canada, the Rev. Dr. Daniel Scott discovered the PC(USA) Daily Prayer app.

Almost immediately, seeing how it had Scripture readings and morning and evening prayers for different parts of the world and church, he decided he was going to use it at the PCC General Assembly, June 6 through 9, which was online for the first time.

“I had a selfish reason for doing this,” he said. “I wanted to make sure no one could say my prayers were political, or not faithful enough — or too aggressive or too traditional.” 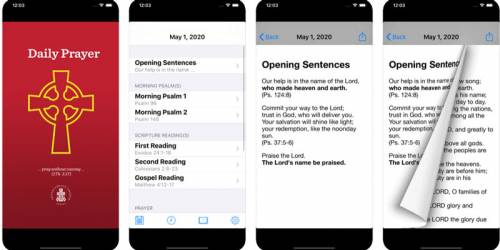 Screenshot of the PC(USA) Daily Prayer app.users to share material straight from the app.

“The simple pattern for daily prayer is well suited to a variety of occasions,” said the Rev. Dr. David Gambrell, associate for worship in the PC(USA) Office of Theology and Worship, which developed the Daily Prayer app. “It can be used in personal devotion (whether alone or with family), public worship (whether online or in person), or in councils of the church (whether sessions, presbyteries, synods or General Assemblies).”

During the Assembly, Scott didn’t take his phone out, but he did refer to the Daily Prayer app each morning and evening. Inviting the Assembly to download the app and follow along, he encouraged people to use it during the week — and later for their own self-enrichment.

“So many of us aren’t great pray-ers, but we can pray with faithful people who have prepared the prayers,” he said. 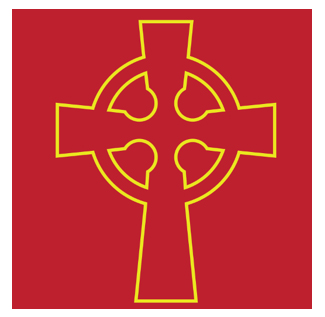 Calling the ancient prayers timely, Scott said using the app worked out quite nicely, as the morning prayers were for different parts of the world and church, which fit in with debates of the day.

And at the end of long days, Scott loved hearing the opening words of thanksgiving and intercession that suggested the evening prayers of the Assembly were rising to God “like the evening sacrifice.”

One morning, while saying the opening sentences, “O Lord, open my lips, and my mouth shall proclaim your praise,” his microphone was dead. As it was quickly corrected, upon repeating the words, he quipped, “Now that’s been answered.”

With the annual PCC General Assembly held online this year, through PC-Biz (the 2020 Assembly was canceled due to COVID-19), Scott said his eyes “were dead” by June 9, from looking at three screens — Zoom, PC-Biz and his own notes — throughout the Assembly. But good-natured PC(USA) colleagues kept his spirits alive by teasingly reminding him of his endorsement of the Daily Prayer app.

“I was just doing what a good moderator can do,” he said, “to encourage people to read the Bible and pray. I’m glad I discovered the app. It has midday prayers too, and you can use it before going to bed at night.”

According to Gambrell, the Office of Theology and Worship is glad and grateful to know these resources for daily prayer have found good use with the Presbyterian Church in Canada. “After all,” he said, “that’s what the practice of daily prayer is all about — joining the faithful around the world and throughout the day in lifting our hearts to the Lord.”

The Daily Prayer app costs $2.99 to download; proceeds help pay for the development of additional updates and new features. You can find it by searching “PC(USA) Daily Prayer” app in the iTunes, Google Play and Amazon app stores.

Developed in 2012, the app has been downloaded more than 10,000 times and combines services for daily prayer from “The Book of Common Worship” with readings from the two-year lectionary or the three-year Revised Common Lectionary.