One act and one word at a time 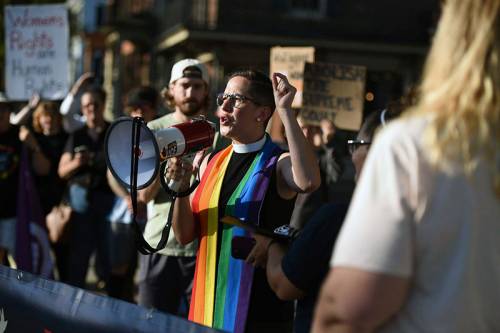 How does our faith make a difference in the life of the world? How does it address systemic issues for real change? These are the questions the Rev. Thomas Watkins finds himself asking on a regular basis.

Amid his questioning, Watkins, who serves as the senior pastor of St. Andrews Presbyterian Church in Raleigh, North Carolina, an 800-member “purple” congregation — that is a church where the red and blue colors of polarized political parties blend, creating a middle ground — has noticed that the answers seem to emerge “when we are troubled.”

The summer of 2020 troubled many in Watkins’ congregation. With the murder of George Floyd in Minneapolis being just one of many racial injustices, St. Andrews’ social justice ministry began gaining much- needed traction as committee members with differing political viewpoints began working together more, not just bringing a variety of perspectives to the table, but intently listening to them as well. Helping in the listening was the commitment to put God’s word first in order to go forth and make a difference.

“People are willing to work and support one another when the congregation is led by theology, rather than ideology,” said Watkins, adding, “The word of God cuts against our own opinions and prejudices on every side of the cultural wars. Too often we use religion as a weapon to ‘get’ those who disagree with us theologically or politically. But the truth is that no one has a corner on the righteousness market. No one is perfect. Neither the ‘right’ or the ‘left’ have God exclusively in their camp. The cross, among other things, is a reminder that all of us fail Christ in one way or another.”

That summer, Watkins began seeing “the Spirit of God moving in strong ways” amid all the angst. “People were looking for a way to put their faith into social justice action regarding such issues as gun violence and equality of education in our area. They asked, ‘How might we strengthen education in our area where there are great disparities?’” he said.

The social justice committee acted with a letter-writing campaign, and Watkins joined Pastors for North Carolina Children, which urges the state to support public schools. Watkins noted that Presbyterians have a long history and tradition of being involved in education and mission.

What Watkins began noticing was that activism does more than create change in the world; it changes a congregation. It did for St. Andrews.

“It created a level of energy, a sense that the Spirit of God is active here, feeding others and us in ways beyond our imagination, and there is an excitement to our worship,” said Watkins. “When you seek to follow Christ, things change, you change, others change in ways you didn’t expect and in ways you might not always like, but it creates a chain reaction. Transformation happens.”

The Rev. Molly Dowell Baum, youth director at First Presbyterian Church in Albany, New York, is training up the youth in the way they should go — toward advocacy.

“We help our students understand that all our advocacy and activism is grounded in following Jesus: our friend, our brother and our movement founder,” she said, adding that advocacy must be lived out. “It’s great to participate in our democracy, protesting in the streets and writing letters, but we can’t do it out of show. We must let ourselves get deeply convicted in our day-to-day lives, in how we communicate and relate to one another.”

Living as advocates begins as it did for Watkins: with questions. For Baum, she often asks parents if they are communicating in nonviolent ways at home and with their children. For her students, she asks, “Are we learning to speak out? Are we finding our voice at school?”

Baum teaches her flock to embody conviction without sacrificing one’s emotional health, to trust the Holy Spirit that resides within and speaks to and through all, whether it be in a middle schooler, a high schooler or a younger child. “Christ has a word for us,” she often reminds the youth. In training the youth to become advocates for the most vulnerable in society, Baum is passionate about equipping them with spiritual practices that help them to de-stress, while engaging body, mind and spirit.

“Things happen in our nation and in the world, and we feel it. In my work with youth — with anyone — we must name what we feel. The Word lives in us, breathes in and through us; so I encourage the youth to pay attention to the signs and signals of the Holy Spirit. Attend to the ways you carry the weight of the world,” she said, adding, “Lean in, but step back if you need to in order to participate well, safely and responsibly.”

And whatever hands-on activism she offers youth, she always shares with them the importance of asking why we are engaging. “It is vital to ask where we are in the story that is being lived out in our communities,” said Baum. 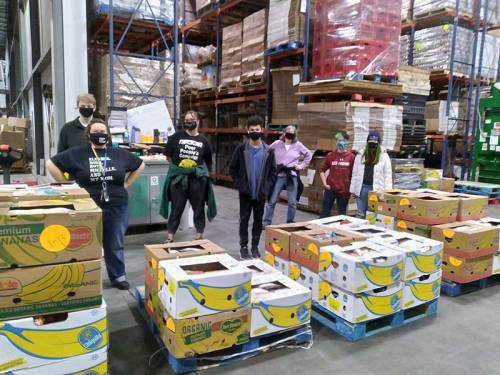 First Presbyterian Church youth in Albany, New York, are learning what it means to help others. (Photo courtesy of Molly Dowell Baum)

Long before the Rev. Lindsey Altvater Clifton pursued her call to ministry, she lived under legislation in North Carolina where it was illegal for her to marry her same-sex partner.

“I experienced what it felt like to be on the side of the law that restricted my rights and freedoms. I watched as communities of faith spoke out against these amendments to allow me to marry whom I wanted,” said Clifton.

Faith, she says, calls us to speak out against injustices, and she saw it for the first time as a church member, which led her to attend a seminary that worked to make its students agents of justice, reconciliation and compassion.

Today, she’s bringing that experience to First Presbyterian Church of Bethlehem, Pennsylvania. When the United States military withdrew from Afghanistan last year, the mission committee of First Bethlehem felt an urgency to help those Afghan families whose lives were upended. The committee began to investigate how they could respond and was able to co-sponsor a refugee family in partnership with a local resettlement nonprofit. They are also using an effective advocacy tool in what Clifton calls her “missional toolbox”: letter writing.

“We’re writing letters to our congressional representatives asking them to pass legislation to encourage Afghan families that are here toward U.S. citizenship. Called to care for the stranger and love our neighbor, we are walking directly alongside this family whose faith and culture is different from others, but who are enriching our lives,” she said, adding that helping refugees is just one of the ways the congregation can get engaged in changing the world. The mission committee is now working with other agencies in Bethlehem and beyond in providing affordable housing and to end homelessness.

Clifton offers this advice on how congregations can become advocates: “I’ve learned two things that are most helpful. First, get to know the community you are in, know what the needs and inequities are in a way that is relational, and listen well to neighbors and community leaders that are already doing the work. There’s no need to re-create the wheel,” she said. “Second, offer multiple ways for church members to engage at various points of access and comfort. Some are only ready to take baby steps. Start with a letter-writing campaign, then show up in person.”

Tired of nothing seemingly happening to better God’s world, the 1,300-member Westminster Presbyterian Church, located in downtown Grand Rapids, Michigan, decided it was time to join ranks with other churches and organizations through the Industrial Areas Foundation (IAF).

The IAF is a national community organizing network that was established in 1940 by Saul Alinsky, Roman Catholic Bishop Bernard James Sheil and businessman and founder of the Chicago Sun-Times, Marshall Field III. Its local affiliate, Together West Michigan, comprised of 20-plus organizations seeking to create substantive change in the greater Grand Rapids area, was exactly what Westminster wanted to get involved with.

According to the Rev. Lynette Sparks, senior pastor of Westminster, Together West Michigan — whose name was chosen for easy translation into Spanish — is about building relationships and encouraging people and institutions to come together to make change.

“Jesus was about building relationships across lines, and we are about building power and defining power as the ability to act. Power itself is neutral. How you use it is what matters,” she said, adding, “So many families don’t have a voice or the power to right the injustices they encounter, but churches and secular organizations do — especially when they join together for a common cause.”

While advocating for change might seem like an insurmountable task, which tires people before they even take a step, Sparks reminds all that real change begins simply with listening.

“Last spring, several meetings were held, with a total of 1,300 people attending. We asked, ‘What are the struggles and pressures facing your families?’ We started by listening,” she said.

Then in June, 600 people from the community and elected officials attended a meeting held at Westminster Presbyterian. At that meeting, six issues within the community emerged: housing, transportation, mental health, safety, the well-being of immigrants and refugees, and children. Issue teams were formed and are now being trained. “About 20% of those who attend Westminster Presbyterian are engaged in the work,” said Sparks.

“Having all the voices at the table is empowering and gives us a way to live out our call to justice,” she said, noting how the institutional church has always been an agent of change.

Sparks also added that no one can bring about real change while working in silos.

“We can’t do it alone. There is a lot of trust building that must transpire. That can only happen by listening and talking,” she said. As for the Westminster congregation, they are “fired up,” said the pastor. “They are finding a new call. They are hungry to use their gifts to build bridges, and now they have a way to do it.”

Sherry Blackman is the pastor of the Presbyterian Church of the Mountain in Delaware Water Gap, Pennsylvania. She is the author of the recently published “Tales from the Trail, Stories from the Oldest Hiker Hostel on the Appalachian Trail” and “Letters to Our Daughters.”