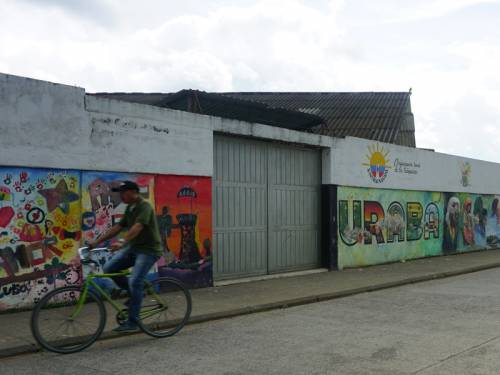 LOUISVILLE — The Washington office of the Presbyterian Church (U.S.A.) has signed onto a letter asking President Joe Biden to make the Colombian government’s full implementation of 2016 peace accords a priority.

The Office of Public Witness joined more than 20 other groups in signing onto the March 1 letter, which asks Biden’s administration to “pay attention to preserving and strengthening peace in Colombia and protecting the nation’s endangered human rights defenders.”

The letter centers on peace accords dating back to the Obama-Biden administration that are at risk because of what the signatories describe as “weak implementation” in the South American country that has been embroiled in 56 years of armed conflict.

Despite laying down their arms, hundreds of individuals from the former rebel group FARC — the Revolutionary Armed Forces of Colombia — have been killed and the country is considered one of the most dangerous places to be a human rights defender, the signatories note.

“We urge you to restore peace and protection of human rights as the principal goals of U.S. policy in Colombia,” the letter states. “This would start with whole-of-government messaging focused on the following priorities: urging the Colombian government to fully implement the accords; encouraging a humanitarian accord with the ELN [the National Liberation Army], as well as encouraging negotiations on a peace agreement should circumstances permit; through the U.S. role in the UN Security Council, promoting consolidation of peace in Colombia; and continuing to provide substantial U.S. assistance for implementation.”

Among other things, the letter emphasizes the need for the demobilized FARC to be removed from the terrorist list and for the U.S. government to continue providing assistance to Colombia’s Truth Commission and the Unit to Search for the Disappeared. It also pushes for the United States to begin assistance for the Special Jurisdiction for Peace, which is working to bring about accountability for severe human rights abuses springing from conflict in Colombia.

Because Afro-Colombian and Indigenous communities have borne the brunt of much of the violence and displacements in the country, the letter asks that the United States prioritize the implementation of a section that is meant to safeguard the rights of those populations.

Some of the organizations that have signed the letter with OPW include the Evangelical Lutheran Church in America, the Latin America Working Group, Oxfam America, AFL-CIO and Presbyterian Peace Fellowship.