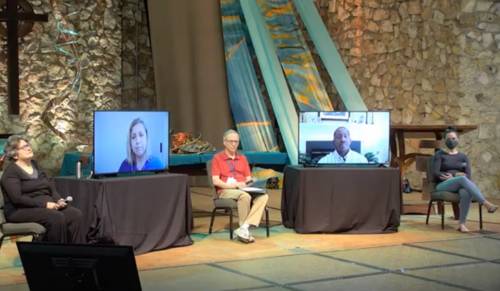 LOUISVILLE — The fact that the 2020 Presbyterian Association of Musicians Worship & Music Conference, which is being held online this week with live broadcasts from Montreat Conference Center, is happening at all is “kind of a miracle,” said conference co-director Eric Wall.

He remembers when PAM got the news that they might have to cancel the conference, the one where they were going to celebrate their 50th anniversary. At an emotional worship team meeting that followed, the conference’s organist David Eicher expressed how he felt.

“I told them I had such grief that I couldn’t think,” Eicher said, “and that I had no creative juice left in me.”

Eicher’s comments came as the PAM worship team reflected on the tears of grief that came as they realized they weren’t alone in the hurt and loss they felt over not being able to have the conference they’d hoped and planned for.

By the end of the call during that first meeting, Wall said, there was a “transformation of energy” resembling the psalms, where lament and praise become intertwined — with one giving way to the other.

“Instead of shutting the conference down, it became about how do we respond?” he said.

Recognizing that churches were doing this by stepping into new ways of connecting and teaching online, the team began to reimagine how they might have a digital conference with live broadcasts from Montreat, where the conference has been held for 50 years. 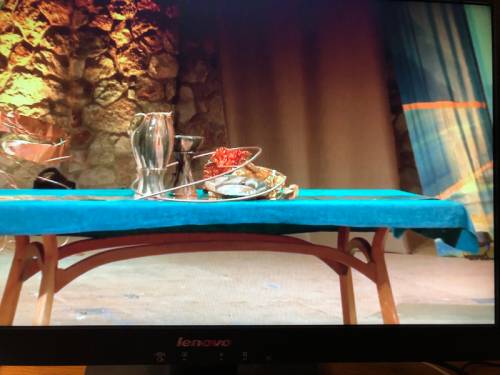 “PAM members use the conference for nourishment and revival of their spirits,” Wall said. “It’s been such an exhausting spring that we still wanted to be able to have this place.”

As they began to rework the conference schedule, which traditionally was during the last two  weeks of June, conference organizers thought about the different textures and lengths of what they were offering, what presenters would be live in person, who would join live via Skype, and what could be pre-recorded — all of this while keeping in mind their multi-generational offerings.

Wall said they stayed true to PAM’s commitment to collaboration and convergence in liturgy, music, art and preaching, as well as in the various master classes and their reflections.

“As people see and experience pastors, educators, musicians, artists and everyone involved bringing their gifts, they see how worship can be multi-dimensional,” he said.

Two of the 35 people working on the conference’s live broadcasts are Montreat’s artists-in-residence, Hannah Garrity and Ann Jones.  Both describe participating in the reimagined online conference as “exciting” and “amazing.”

Garrity said the pandemic has created an opportunity that is necessary for the world — and that God is calling the church to reach beyond its walls. Describing herself as a digital person, she uses images in ways that help people get inside our walls — even as we are outside of them.

“There’s a threshold of space between inside and outside, and the whole world is on the threshold with us,” she said.  “Pray at the beginning and end of your meetings, then let people do what they can with the gifts they bring.  We can experience God and community in ways we never imagined.”

Jones, who put together the communion table for the live worship broadcasts, said one of the feelings the team wanted to convey was God being present with participants. To communicate that presence, she chose to use copper. Believed to be one of the first metals used by ancient cultures, she shaped it in circles around the communion elements. 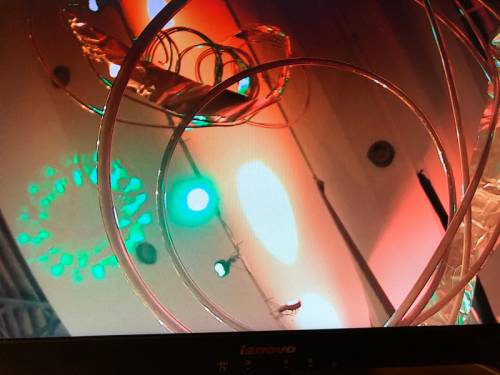 Wanting to convey God’s presence then and now, PAM’s worship team used copper, one of the first metals used by ancient cultures. (Photo by Paul Seebeck)

“The circle signifies God’s calm and grace, and that all are invited to the table,” she said. “Plus, the copper just glows.”

Jones and Garrity stressed that everyone is an artist.  People they know are taking photographs of sacred space in their churches, family pictures — even flowers from their homes — and using them to represent the threshold of space we’re in.

Eicher feels the most important thing the PAM conference and local churches can do in this time is to encourage one another by having the grace to work together as teams and by praying, talking and crying together, in order to build each other up.

“Discover who you are as churches and what fits your congregation,” he said. “Support all knowing it’s not going to be the same.  And then celebrate the text we have, the Word of God, whether it’s for two or 1,000 people.” 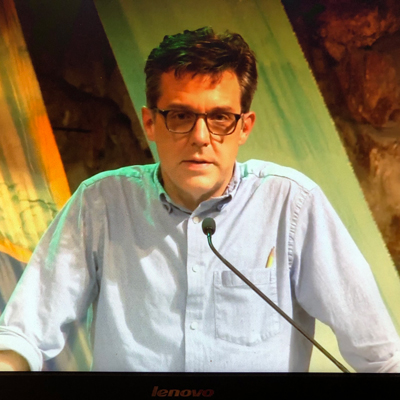 Eric Wall is co-director of the 2020 PAM Worship & Music Conference.

Wall hopes this year’s conference is encouraging and nourishing to the whole PC(USA) — and that it demonstrates it is possible to adapt and be nimble and flexible by imaging new things.

“This was going to be a celebration of the past,” he said. “We’re still celebrating. But it’s kind of beautiful because we’re leaping into the unknown future.”

More than 900 people have registered for  the 2020 PAM Music & Worship Conference. Virtual livestreaming from Montreat continues through Friday. Click here for a daily schedule of events.