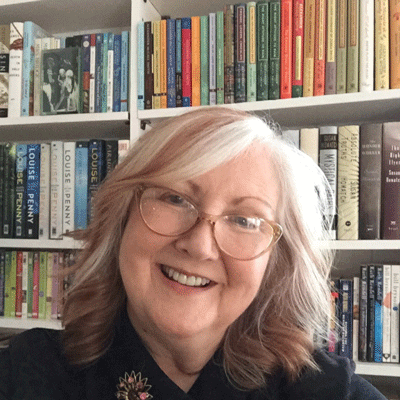 LOUISVILLE — While in-person preachers have a big toolbox from which to draw, online preachers have just two main tools — their face and their voice.

“Natural-sounding speech is more persuasive,” the Rev. Dr. Jana Childers, Professor of Homiletics and Speech Communications at San Francisco Theological Seminary at the University of Redlands, said Wednesday during the monthly Equipping Preachers webinar put on by the Synod of the Covenant. In addition to more than three decades of teaching seminarians how to preach and preaching herself, Childers has worked in television and theater. Even preachers reading from a manuscript “can make it sound natural with some key speech skills, phrasing and emphasis,” Childers said.

Childers labeled her nearly 90-minute talk “Preaching the Word … Virtually.” The Rev. Dr. Chip Hardwick, interim executive of Synod of the Covenant, hosted the event, which attracted about 25 participants and can be seen here.

Childers called the preacher’s emphasis “language in action. We are moving people from one place to another, and the primary way we do that online is through the skill of emphasis. We choose the best word in a sentence as a way to signal how we are moving the meaning forward.”

That’s done by highlighting the new idea in, say, a Bible verse, and subduing the old, Childers said. But be careful, she told the gathered preachers: “You can change the meaning of a sentence as it comes out of your mouth,” Childers said. “It’s a hermeneutical issue.”

In Luke 12:34, where Jesus says, “For where your treasure is, there your heart will be also,” the key words to emphasize during an online (or even in-person) sermon are “treasure” and “heart.” Punching those words is an aid to worshipers, according to Childers. “The message goes into your ear and right down to your heart,” Childers said.

There are some words preachers should never emphasize, including prepositions, words that indicate place and time (“We assume we always live in time and space,” Childers said) and the “big” words, including “very,” “much,” “huge” and “large.” Preachers who stress those “big” words while reading Scripture make it sound “like we are reading to preschoolers,” Childers said.

Online preaching also requires attention to phrasing, which “signals a tentatively complete unit of thought,” Childers said, allowing “the speaker to tell one thing at a time,” directing “the ear to meaning” and allowing “both speaker and listener a chance to breathe.”

“Few people pause too long,” Childers said. Many preachers’ pauses are less than half the length that’s needed.

Childers outlined two simple rules for online preachers: keep related words together, such as a noun and its modifier and an adjective and its adverb, and don’t pause at the comma before a quotation mark. That comma “is a wet bar of soap,” Childers told participants. “Step on it and glide.”

As to nonverbal communication, Childers relied in part on the century-old “Trinity of Expression” chart created by Leland Powers, which can be seen here. Childers called Powers “a genius at codifying and organizing the received wisdom” of 2,000 years of speech teachers.

Childers shared other tips for online preachers, including:

“Online preaching offers us a great chance to up a particular kind of intimacy with our congregations,” Childers said. “I see online preachers every day exploring how that can be deepened.”

Childers wished preachers well as many of them continue to offer online or hybrid worship services.

“I look forward to seeing you in the virtual world of cyberspace,” Childers told workshop participants.

From 10 a.m. through 11:30 a.m. Eastern Time on Wednesday, Feb. 2, Hardwick will lead the next installment of Equipping Preachers. His talk will be on “Getting Helpful Listener Feedback.” Preachers need not reside in the bounds of the Synod of the Covenant to participate. To learn more or to register, go here.