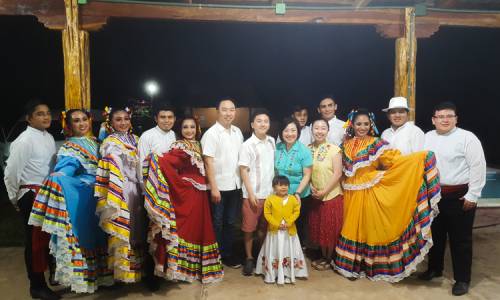 The mayor of Tzucacab in Yucatán, Mexico, arranged a welcome for the Kim family with traditional dancers. (Photo by Jeronimo Hernandez)

MINNEAPOLIS — In 1997 I served as associate pastor at a Korean immigrant church in Atlanta. I led a group to visit the missionary work of a retired deacon commissioned by his Korean Presbyterian church in Maryland to connect with surviving “Koreanos” in Mexico. In 1905 more than 1,000 migrant workers left Korea to work on plantations in the Yucatán through deception, and today many thousands of descendants still live there. 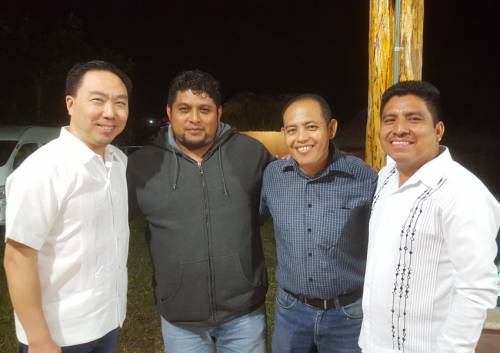 In subsequent trips I led with my church in Atlanta, and later the church I served in Minnesota, I befriended pastor Jeronimo Hernandez. He is of Mayan descent and ministers to the Mayan people in the heart of the Yucatán Peninsula. He and his community helped me understand the effects of U.S. policy on Mexico — the impact of NAFTA, the power of Big Ag, unfair subsidies to Big Oil, unjust immigration policies, the war on drugs and the proliferation of gun violence. The cumulative effect was devastating, not only near the border but among the millions of poor in the Yucatán.

In my visits to countries throughout Latin America, I witnessed a similar pattern everywhere. And no wonder — the U.S. has intentionally destabilized or threatened to destabilize countless countries to exploit resources. In other words, “white makes might makes right.” The only supremacy that the U.S. has consistently demonstrated is white supremacy. The Western ideologies of individualism, materialism, abstraction, extraction, capitalism and racism collectively continue to have a hegemonic grip on much of the Western hemisphere. The U.S. government and its corporate masters have successfully bribed or intimidated countless state leaders, all under the banner of advancing “democracy.” When that fails, the U.S. government imposes crippling sanctions to coerce nations into submission, Haiti being an early example and Cuba an ongoing one. 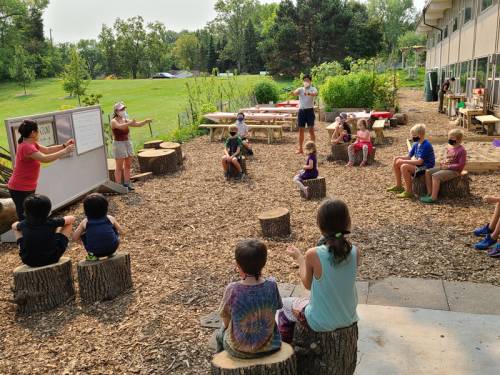 Last fall, the Church of All Nations’ Underground Academy in Minneapolis held a nature-based after-school program for kindergarten through grade 6 students. (Photo by Jin S. Kim)

At our multicultural Church of All Nations, a Presbyterian Church (U.S.A.) congregation in Minneapolis, we explicitly reject the demonic claims of American exceptionalism, white supremacy and Christian nationalism. Our members learn the true history of the U.S., a history of violence. We learn that the U.S. modeled itself after the Roman Empire, which is why it continues to crucify the innocent all over the world. The American Empire too will one day be thrown into the sea.

Our church does not merely engage in deconstructive analysis. We resist empire through life-giving ministry. Healing from the perverse effects of Western ideologies requires creative approaches. We pool together to buy houses near our church to counteract individualism. Today almost a third of our congregation lives in our community houses. We’ve also launched multiple church-based businesses to “exploit capitalism to fund village renewal,” as we like to say. Our Underground Seminary seeks to decolonize our mind and body (both human and non-human), and that keeps wealth circulating within. I believe every Christian community can do amazing things if we renounce the evil of Western civilization and move toward the kind of kinship and village renewal that Jesus inaugurated. 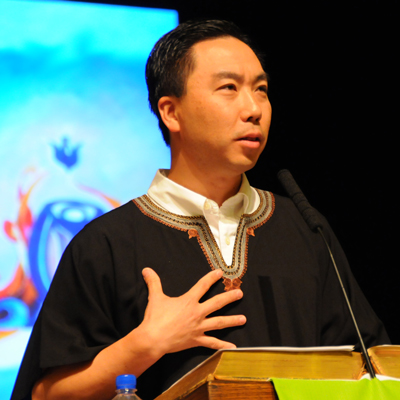 The Rev. Dr. Jin S. Kim is founding pastor of Church of All Nations in Minneapolis and chief cultural architect of Underground Seminary. He grew up in the deep South after emigrating from Korea with his family at age 7.

Consider making an online gift to help World Mission partners address the greatest needs in Latin America and the Caribbean.