Share God’s love with our neighbors-in-need around the world through One Great Hour of Sharing.
Make A Donation Click Here >
Home › On budgets and board feedback

Presbyterian Church (U.S.A.), A Corporation Board hears about cash flow headaches and board survey concerns Thursday

Budgets and cash flow concerns were on the agenda Thursday for the Presbyterian Church (U.S.A.), A Corporation Board.

LOUISVILLE — Thursday’s open portion of the online meeting of the Presbyterian Church (U.S.A.), A Corporation Board of Directors was chiefly spent exploring financial reports and the results of a board survey.

The board heard financial reporting by Denise Hampton, the PC(USA)’s controller, and by A Corporation President Kathy Lueckert, who updated the board on the $8.85 million Paycheck Protection Program loan received through the Small Business Administration in April.

The SBA has modified the rules governing the program, allowing borrowers now to use the funds for a 24-week period rather than the original eight weeks. That change, Lueckert said, will mean the A Corp will probably have to repay little or none of the loan, rather than an expected $2.9 million. That rule change will help the cash flow situation of the A Corp and those of the Presbyterian Mission Agency and the Office of the General Assembly, which have been impacted by a decline in giving brought on by the pandemic.

“This has been a bit of an adventure,” Lueckert told the board. “We’re pretty sure we will be audited because of the size of the loan we received. It helps us a lot on the cash flow. As always, God is in the midst and is providing for us.”

The board also heard a brief cash flow report. A Cash Alignment Team has been meeting every Monday to review the cash available for the week and the invoices submitted for payment.

“You have a budget,” Lueckert told supervisors and managers when presenting them the same report earlier, “but not necessarily the money to pay for the budget.”

Each week, the team decides “what can be paid, delayed and transferred from other layers of investments,” she told the board Thursday. “We’ve seen a pretty dramatic decrease in contributed income since COVID-19, and that’s had an impact on the cash we are seeing.”

Lueckert said it’s unclear what the denomination’s financial condition will be this fall. Hampton and her team have projected income to be about $9 million less than anticipated for the year.

“We are looking for ways we can meet that challenge,” Lueckert told board members. “Adjusting the cash flow and how we use the PPP loan are big parts of that strategy … We are hopeful we can make it through the fall and see an increase in contributions by the end of the year.”

For the same period, the annual income of the Presbyterian Mission Agency was $31.3 million, about $1.7 million under budget. Expenses of $34.5 million were $3 million under the budgeted amount.

A Corp Board survey 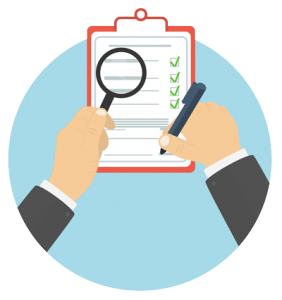 Research Services conducted a board survey of the previous A Corp Board. Of the 11 members who received the survey, eight directors responded.