…be led forth in peace. (Isaiah 55:12). Support to the Peace & Global Witness Offering.
Make A Donation Click Here >
Home › Montreat College breaks ties with Association of Presbyterian Colleges and Universities

President says relationship no longer compatible with the college’s mission

LOUISVILLE – Higher education is the oldest form of Presbyterian Church mission beyond the congregation. And true to the Reformed tradition’s spirit of free inquiry, the Presbyterian Church never prescribed what any of its related schools had to be or do. 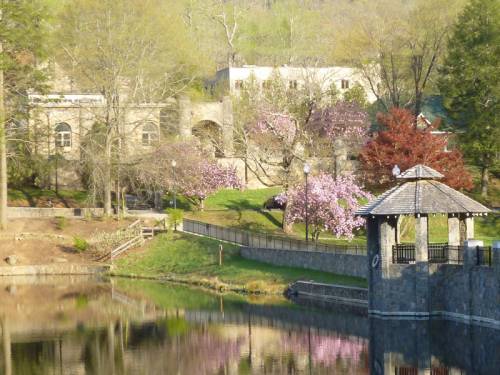 As of 2016, Montreat College was no longer one of them. Montreat College—with its scenic campus nestled in the Blue Ridge Mountains of western North Carolina—chose not to renew its membership in the organization effective with the 2016-2017 dues cycle. The college is a separate entity from the PC(USA)-related Montreat Conference Center.

“I had a conversation with [Montreat College president] Paul Maurer last summer, in which he explained their reasons for not wanting to be a part of our association,” said Jeffrey E. Arnold, executive director of the APCU. “He expressed the feeling that being associated with APCU, which is in covenant relationship with the Presbyterian Church (U.S.A.), would not be compatible with the college’s mission.”

Most recently, the college’s Board of Trustees took additional steps to define the school’s mission by finalizing a “Community Life Covenant” designed for trustees and employees at its January 2017 meeting. The covenant is one of several documents included in a new handbook that the college’s faculty and staff are now required to sign.

Citing the infallibility of scripture, the covenant asks college employees to affirm “chastity among the unmarried and the sanctity of marriage between one man and one woman.” It also requires that the school’s faculty and staff concur with a statement in opposition to abortion.

Since the covenant was introduced, several faculty members have resigned.

“The word on the street is that [the Council for] Christian Colleges and Universities, which has had an internal conflict regarding the hiring of married gay people, is encouraging its member colleges and universities to narrow their focus and language to create a legal firewall for their hiring and benefit policies based on their ‘sincerely held religious beliefs,’” wrote Marylyn Huff in a recent letter to the editor published by the Asheville Citizen-Times.

Huff, who has worked in the field of management training and leadership development since 1980, is a ruling elder in the PC(USA), a member of the Montreat Presbyterian Church, and a former college and church educator. She also served on the Charlotte-Mecklenburg Board of Education during the throes of desegregation.

“What troubles me about the actions of the Council for Christian Colleges and Universities (CCCU) and this whole freedom of religion thing is that it really goes against the principles of higher education,” Huff said in an interview. “This is an ‘evangelical cultural litmus test,’ in which abortion and homosexuality are the two issues that they have staked themselves out on. Now Franklin Graham [president and CEO of the Billy Graham Evangelistic Association] has included Muslims in his—Muslim students have always been welcome at Montreat College, and I don’t know what’s going to happen to them or to the gay students.”

The Billy Graham Evangelistic Association recently made a $100,000 gift to the college. 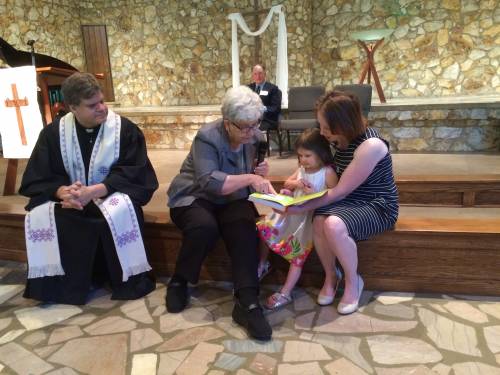 Huff said that her friend, Maggie Ray, a biology professor at the college and a member of the Black Mountain Presbyterian Church—who had long felt supported by the college—was among those faculty members who recently resigned.

“Maggie made a statement that her decision to resign wasn’t about particular parts of the covenant, but her deep commitment to academic and theological freedom to discern God’s will—she stated that in the Reformed tradition, the hierarchy doesn’t interpret the scriptures for you,” said Huff. “When the college cites the infallibility of scripture, as the students have pointed out, if that’s the case, what about divorced faculty members? When you say that every word in the Bible is directly from God, then you get into some really strange things. One of the guidelines for the PC(USA) for Bible study is that all interpretation is fallible, which I think is very important.”

Huff finds it interesting that a statement issued by Montreat College said that self-righteousness and legalism understood as the imposition of extra Biblical standards of godliness by one person or group upon another is something they’re against. “But that’s exactly what they’re doing,” she said.

Parks Williams, an alumnus of Montreat College—then Montreat-Anderson Junior College— said that he was not surprised by this recent turn of events. Williams, a Christian educator for 25 years who is currently serving as a commissioned ruling elder at the Pleasant Grove Presbyterian Church (Salem Presbytery) in Yanceyville, N.C., is also a graduate of the Presbyterian-related Belhaven University and the Presbyterian School of Christian Education, now Union Presbyterian Seminary.

“I was asked [a couple of years ago] by one of the people at the college if I would be on the Alumni Board, and I said sure, but understand where I’m coming from,” Williams said. “I am a PC(USA) person—I have been all my life—and I’m not disassociating myself from that denomination, and I know that Montreat College has, in essence, done that already. So we talked back and forth, and he finally wrote me and said, ‘Well, I’m not going to give your name because of that.’”

Huff said that her experience with Scripture is “that you can prove anything you want to if you proof text.”

“Cherry picking isolated verses and putting them together to prove a point may well distort scripture,” she said. “The Bible can be used as a weapon, and I think that’s really unfortunate.”

Arnold of the APCU said that throughout all of these recent developments, he nevertheless finds hope in the apostle Paul’s message in Romans 12:2, “Do not be conformed to this world, but be transformed by the renewing of your minds, so that you may discern what is the will of God—what is good and acceptable and perfect.”

“If you withdraw from an opportunity to be transformed, you are not abiding by what Paul has asked us to do,” Arnold said. “Hampden-Sydney College came back into the fold after conversation and a change in leadership. Our newest APCU member, Hannam University in Daejeon, South Korea—which is often considered more conservative—is looking toward hosting our next meeting. If there’s any silver lining in all of this, surely this is it.”

From the APCU website: Today, all of our schools operate independently, offering a diverse range of college experiences. Dr. John Kuykendall, president emeritus of Davidson College, notes that this diversity reflects the “genius” of the Presbyterian approach to education because each institution is “free to seek its own way” and discover distinct ways to associate faith and learning.