Georgia community among most diverse in America 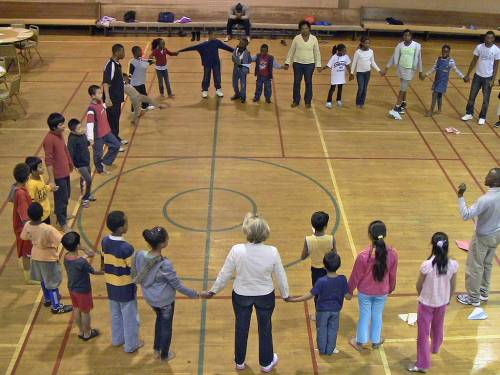 CLARKSTON, Georgia – As many as half of the 13,000 people who live in Clarkston are refugees, according to World Relief Atlanta. The majority of these refugees have fled war and persecution in their homelands in search of a better life.

The DeKalb County School District, near Atlanta, educates nearly 102,000 students who speak 140 different languages and whose families represent over 180 nations. The small city of Clarkston, which is about 700 acres or 1.1 square miles of the county, has become one of America’s most ethnically diverse communities.

In the 1990s, Clarkston became a refugee resettlement center in large part due to availability of affordable housing and transportation. At first, long-time residents expressed resentfulness. Some grocery store owners complained because they were being displaced by immigrant businesses. A soccer team, the Fugees, started by a Jordanian woman, was not allowed to practice in city park — a story documented in Warren St. John’s book “Outcasts United: A Refugee Team, An American Town.”

Then things began to change. A refugee woman suggested to a grocery store owner that instead of bemoaning his downturn in sales, he should stock things refugees needed. He did so and now has a booming business. The current mayor, Edward “Ted” Terry, calls Clarkston a welcoming, compassionate city. On the city’s website, Terry writes that Clarkston is a “city like none other.” His personal motto is, “You can’t change the world if you can’t change yourself.” 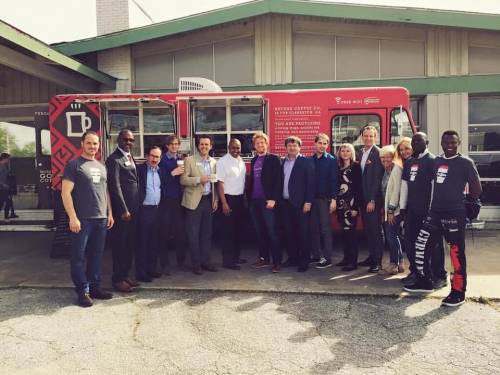 “We’re a neighborly city,” Terry said. “We know that by working together we can create the best community possible.”

Memorial Drive Presbyterian Church in Stone Mountain, Georgia, is about two miles from Clarkston. In the 1950s, it was a large church with about 1,200 members. Shifting demographics have led to a much-smaller congregation that reflects the diversity of the community, founding members, refugees and long-time residents. Those who trace their Presbyterian roots to Scotland, Africa, and the Caribbean, along with those who found their Presbyterian roots at Memorial Drive, worship side by side, hand in hand.

The Rev. George Tatro, pastor of Memorial Drive Presbyterian Church, sees the potential for the church to be the heart of the community. His mantra is, “If you have something, share it.”

The Rev. Gad Mpoyo, who grew up Methodist, is organizing pastor of Shalom International Ministry, a 1001 New Worshiping Community founded by immigrants, refugees and the Tri-Presbytery New Church Development Commission. This new intercultural church began in December 2011 with 11 people from the Congo, Zambia and Cameroon. Today, membership represents 16 countries. They worship in space at Memorial Drive Presbyterian Church free of charge.

In addition to Sunday worship, the Shalom International Ministry sponsors an after-school initiative called Inspire at Memorial Drive, which provides tutoring for nearly 30 middle school students from Ethiopia, Somalia, Burma, Rwanda, Sudan, Pakistan, Nepal, Democratic Republic of the Congo, Kenya and Angola, as well as children’s ministry programs. On Saturdays they have a safety program for 35 to 50 children in the community. They also have a youth ministry for ages 16–21 that meets on Fridays. 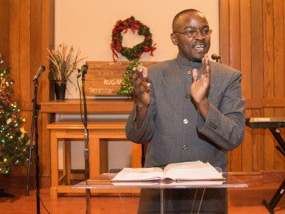 When asked what Memorial Drive Presbyterian Church has meant to him, Pastor Mpoyo said, “In 2012, we had been worshiping for six months in apartments. Then we met with Pastor George Tatro and the session at Memorial Drive. They told us not only would they give us space but that they wanted to do ministry with us.” He remembers that Pastor Tatro said, “‘We may not have money but we open our space to make ministry happen.’”

Pastor Tatro added, “God is always doing something bigger than we planned. Shalom began worshiping in our fellowship room, but they needed more room. Our chapel had fallen into disrepair, but it was the ideal space.

“God has blessed us with a wonderful campus and sister churches who have come alongside us to help make it a sanctuary,” Tatro explained. “Without the generosity of Presbyterian churches like Shallowford, North Decatur, Decatur, Morningside, Eastminster and Northwest, and the New Church Development Commission, we could never have refinished the classrooms and chapel. Each of these congregations shared their gifts: 100 chairs from North Decatur, a stage and the carpenters to build it from Shallowford, over 100 people from seven churches coming together: painting, cleaning, throwing away, replacing, planting, etc. All for our new sister church Shalom. But like I said, God is always doing something bigger.” 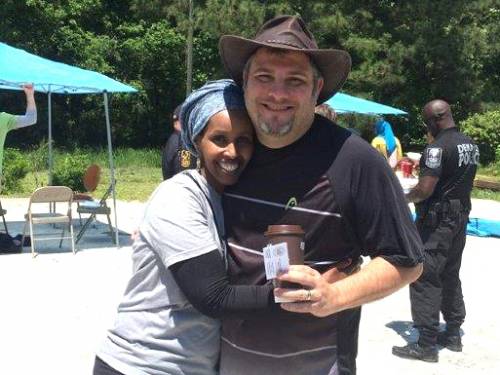 George Tatro, pastor of Memorial Drive Presbyterian Church, with Samia Abdullah, a native of Somaliland and a tireless advocate on behalf of refugees. (Photo provided)

“God plants, transplants and gives the growth,” Tatro said. “Our part is to be faithful.” He added, “When people ask the practical question, ‘What do the refugee churches give?’ I always respond, “They give us an opportunity to show radical hospitality, to share from our abundance. They give us the opportunity to reach out to people who come with nothing; and just as we minister to their needs, they minister to us because God is at work in all of this.”

“I can attest to the fact that it [Shalom International Ministry] has happened because of Memorial Drive,” Mpoyo said. “Many in our community have come to the United States from countries deeply marked by violence. Now they find themselves facing new challenges while dealing with past traumas. Our mission is to respond to the social, economic, physical, emotional and spiritual needs of the refugees and immigrants, by being the church.”

Mpoyo says refugees, particularly recent arrivals, face immense challenges. They have few material possessions and are attempting to learn English, figure out how to get around Atlanta, get jobs and deal with unbelievable past trauma. Yet they also bring with them incredible gifts and abilities.

“We seek to nurture and share these gifts with one another to overcome together the barriers they face,” Mpoyo said. 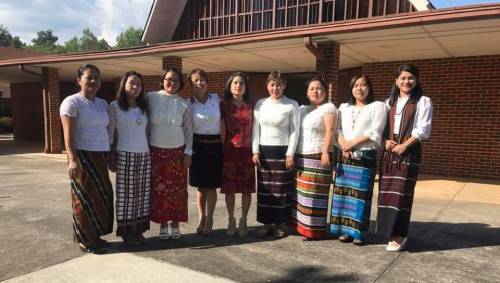 The International Rescue Committee meets at Memorial Drive to provide English language, American history and government classes. A diverse group of refugee and immigrant women and girls gather at the church weekly to learn to use a sewing machine and improve their sewing skills. Classes are led by experienced volunteers from the Global Village Project, a school in Decatur that serves teen refugees whose educations have been interrupted by war. They learn to identify various fabrics and make unique products as they stitch their lives back together.

Memorial Drive has outfitted its large gym to be able to host groups of students for their alternative spring breaks and has partnered with a Christian-based peacemaking group to offer training in nonviolence and advocacy.

The city of Clarkston provides many opportunities for students to address poverty, dislocation and trauma caused by violence, as well as other life issues. The community of Memorial Drive Presbyterian Church truly has become an international mission field, which the congregation says is a “huge challenge and a great blessing.”