Support disaster response this hurricane season, GIVE NOW
Make A Donation Click Here >
Home › Mastering the art of the pivot

LOUISVILLE — If the church is anything, it should be a moveable feast, or maybe we should say a pivotal one after these pandemic-ridden years. With one foot firmly grounded in the Kingdom of God, the other foot may bend, twist and maneuver in different ways as church leaders are called to love and serve with justice and compassion in a quickly changing world. 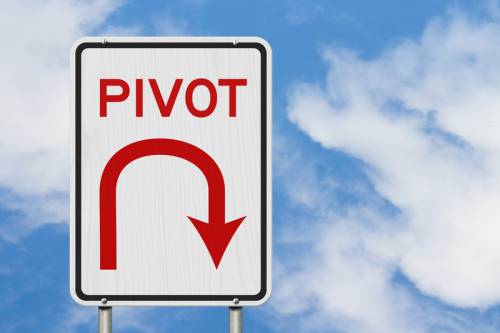 Pivoting, like the basketball move, requires steadfastness, flexibility, a willingness to switch strategies, and sometimes a re-envisioning of the future without dropping the ball — a skill all congregations must have. But being flexible when the Spirit wind blows is also true for pastors’ personal lives as a myriad of economic, political and cultural shifts seem to be happening all at the same time.

The Rev. Kathy Anderson’s personal and vocational lives highlight perfectly what such pivoting looks like. Here’s how she blogged about it on social media: “Do. The. New. Thing. Over the past 2 years, we’ve all gotten painfully accustomed to the word pivot. My time of service at my last ministry position ended just as the pandemic began. Pivot. JMA (daughter) and I moved to be near my folks ‘for just a little bit’ as I searched for a new call. Pivot. New call as I imagined it (read: congregation) didn’t emerge over the summer because nothing was emerging anywhere for anyone. Pivot. I needed income. Pivot. Long providential story short: I was offered a teaching position (English 1, 9th graders) two days before teachers had to report in August. Mind blown. Pivot. Thought: Well, I guess I’m teaching. Pivot. Got Covid just before Thanksgiving. Pivot. (Still have long Covid symptoms.) Pivot. Started working on my teacher certification for the State of Texas. Pivot. Pivot. Pivot.”

In January 2021, Anderson landed a part-time position as a stated supply pastor for El Divino Salvador Presbyterian Church in Corpus Christi, Texas. She also became a certified teacher and admits she is still getting used to the bi-vocational life.

“But I have to believe that the Holy Spirit shows up in those pivot places,” she said, adding a word of encouragement to all who frequent her social media page, writing, “Ever onward, friends. Until the next pivot.”

Like many people today, Anderson found herself reassessing her life. She wanted to move toward what was life-giving rather than, as she says, “soul sucking.” But to achieve that she realized that you “have to be agile.”

That agility, though, doesn’t come easily.

“Each person has to wrestle with what gives them life rather than what takes it away and see if it’s time to do a new thing,” said Anderson, adding, too, that often pivoting has to consider those in your family. When Anderson speaks about the necessity of pivoting in her own life, what had to remain steadfast and fixed was her nine-year-old child’s well-being.

“I wasn’t the only one being dragged along. Well-being for both of us was pivotal in making the decisions I made. I had to ask, ‘What am I supposed to be doing now?’ It forced me to be true to myself,” she said.

It’s all about pacing

The church can take some clues about how to successfully pivot from corporate America, which also had to learn some new moves during the pandemic. According to the article “The Power of the Pivot” at CEO Today Online, pivoting is all about pacing. It can’t be done too quickly or too slowly.

According to the author, CEO and founder of Adverttu, Artjom Jekimtsev: “Pivoting is never a snap judgment or something you decide on a whim, but rather a carefully assessed, strategic decision that happens at pace.”

To pivot successfully, he advises, you must accept that there’s no perfect time for change, but everyone in an organization should share the new vision going forward. “Too much friction and you’re destined for trouble,” he said.

Change has never come easily to churches that still have lingering debates over what type of worship music to play and what role technology should have on Sunday morning. Then came the pandemic, which forced congregations to pivot whether they wanted to or not, having to make decisions on how to be the Body of Christ virtually via Zoom or livestreaming.

Transparency, willingness and intentionality held the El Divino congregation together during their pandemic pivot. “From day one, the congregants were on board and learned Zoom, and the session was really thoughtful about how, when and where we would meet in person,” said Anderson.

Lori Laster, an engineer by profession, is the elder for communications, social media and technology at the 400-member Hope Presbyterian Church in Omaha, Nebraska. She is familiar with the resistance to change that pivoting brings.

“There is a natural resistance to change,” she says. “We’ve cycled through Covid stages, and we’re still embracing Zoom, more electronic communication, and our newsletter has become more about stories than news since we are using other technological tools. But technology is here to stay; it’s not a temporary fix.” Hope Presbyterian has invested in multiple cameras for multicamera views and has five to six volunteers who work the equipment.

What can’t change, what needs to remain fixed, are the activities the church has always done, along with volunteer projects and group meetings, even if they have a different format with an openness to do new things, she stressed.

“What’s vital is creating and maintaining connection in every way possible, keeping all digital avenues open, even while we gather again in person,” said Laster.

Pivoting is not new

While the word “pivot” has become trendy, the actual art of pivoting has always been part and parcel of ministry, according to the Rev. Elizabeth Brookens-Sturman.

Brookens-Sturman is the pastor of Brambleton Presbyterian Church in Brambleton, Virginia, a church she planted in the National Capital Presbytery 17 years ago. During those years, the congregation pivoted many times, moving around the community, meeting in various locations, including a local school and in homes and parks. It will eventually meet in a newly built civic center, she said. All these moves have been an intentional strategy, built around the concept that the church isn’t a building, but a people who want to share space with the community and be an active part of it. Still, even with her skill for agility and flexibility, Brookens-Sturman confessed she was already running on adrenaline in early 2020 when the global virus took hold. So, in April 2021, the pastor took a three-month sabbatical.

Brookens-Sturman recentered her relationship with God, friends and family, and renewed her strength, vision and witness for ministry. During her leave, leaders brought their creative talents, technological skills and expertise to the table, something which was abundant among the millennial-driven congregation (average age 40–45). Expectations shifted. The church’s visibility and credibility increased, bringing more people through the doors. “New pathways opened, giving others a chance to have a bigger voice,” she said.

Gospel communities on the move

The Rev. David Bennett, resource presbyter for the Presbytery of Northern New York in Ogdensburg, New York, says churches need to be up for the challenge of pivoting. He also noted that churches that can pivot move forward “as gospel communities that make a tangible difference in our world today.”

“There’s a bigger purpose in life and ministry, and if we aren’t working toward something, what is the point?” he asked, adding that it is imperative churches do not lose motivation as a new, post-Covid world emerges.

This is especially important when — despite the stories of pews filling back up — many congregations have not seen pre-Covid attendance numbers bounce back. Bennett says this is weighing heavy on pastors’ hearts, who agree it’s tough not to take the absence of once regular worshipers personally. This is a perfect time to pivot, swapping old expectations for healthier realities such as the truth that churches have always been too dependent on a few key people, says Bennett.

The political climate of the nation, too, has made the art of pivoting even more needed among church leaders as “racism has become more apparent, as have political differences, impacting the ability of congregations to be united,” said Bennett.

“The church exists during a time when no one is trusted, there is skepticism among experts and respect is missing. Who do we depend on for truth? Are our relationships strong enough to handle differences? Do we have forums in place to express different views?” he asked.

It’s imperative that the church learn how to confront differences as divisions have escalated. The need to be in community — to restore and maintain some level of connection — is essential. “We cannot lose our focus on the marginalized and the disenfranchised in our communities. We cannot forget we are here to serve others,” said Bennett.

Brookens-Sturman reminds clergy and congregations that the church is built on Christ, the one sure foundation that cannot be moved. But she asks, “Can we rethink what is possible and rethink what the church is, not held captive to past programming and buildings, and experiment with new ideas?”

All can attest to how exhausting, yet exhilarating pivoting has been — and can continue to be. Yet when exhaustion begins overtaking exhilaration, that is when Brookens-Sturman recalls what English writer and lay theologian, C.K. Chesterton, once wrote: “Christendom has had a series of revolutions and in each one of them Christianity has died. Christianity has died many times and risen again; for it had a God who knew the way out of the grave.”

“We are here at our post for such a time as this,” said Brookens-Sturman.

Sherry Blackman is the pastor of the Presbyterian Church of the Mountain in Delaware Water Gap, Pennsylvania. It is a church that has a vibrant hiker ministry, providing a place of rest for those walking the Appalachian Trail. Blackman has authored a book highlighting tales from the trail. Her latest book, “Letters to Our Daughters,” was released this past July by Dunrovin’ Press.