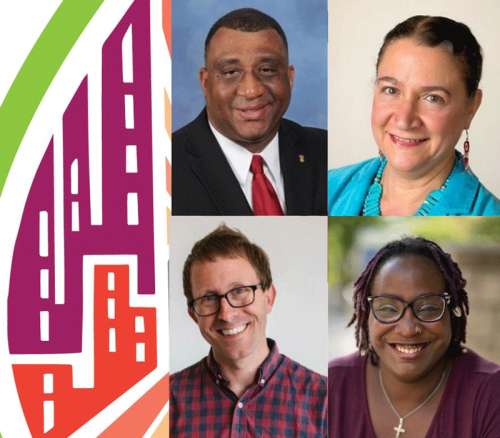 LOUISVILLE — As the Vital Conversations series moved toward one of the most important marks of Vital Congregations — keeping the focus outward rather than inward — organizers landed four speakers for Wednesday’s session uniquely qualified to offer up their experiences and share their views:

Too often, Bentley said, we start in the wrong place, asking one another, what do you believe in? The better place to start, said Bentley, pastor of Fellowship Presbyterian Church in Huntsville, Alabama, is “with a sense of belonging.”

“Until we create that sense of solidarity, nothing else matters,” Bentley said. “Out of that you get certain behaviors. My children behave in a certain way, for the most part, because they belong to the Bentley family. Certain behaviors come from a sense of belonging, and you’ve got to change your behavior in order to change your thinking … Doing is the ethical content of what makes us who we are.”

Street-Stewart, the executive of the Synod of Lakes and Prairies and the first Native American to serve as Moderator, said she and her ancestors “would have seen Jesus as a relative — this sense of the missional aspect of Jesus as one who was strongly an abolitionist, an emancipator, one who said, ‘Let’s divest ourselves of the investments of the empire.’ That’s the Jesus I committed my life to … When the church puts on the garments of empire with structures and power to dominate people, that is contrary to everything we have learned from the Old Testament and New Testament. We are called to be a blessing to the nations because we are all related.”

The Open Table, which bills itself as “a church committed to one another’s liberation until all are at the table,” is “trying to move toward decentralized, collaborative ways of being the church,” Pickrell said. “Is God a god of monuments, or the God of a movement? We try to be a community of action, of healing and of groundedness. Doing justice work is hard, and it requires all of us.”

Fraser said The Open Table “tries to continue to be a movement. What worked two years ago may not work now. Jesus [and his disciples] did that well — they were always on the move from one town to the next.” They went to the monument of their day — the Temple — “only for specific things,” Fraser said. “We continue to be a movement people. The pandemic has showed us that what worked for the traditional church of the past will not continue to work moving forward.” 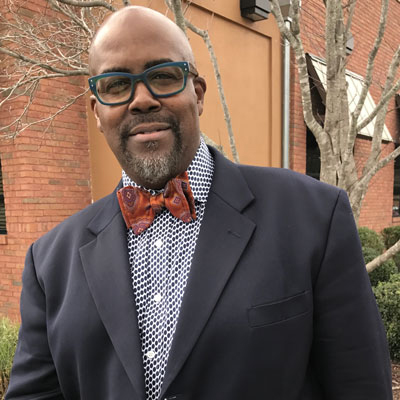 The Rev. Carlton Johnson is coordinator of the Office of Vital Congregations

Having this outward incarnational focus, Johnson said, sends the church out to dwell with the lowly and the least. Why, Johnson wondered, has this shift been so difficult for us?

Because, Street-Stewart said, “It’s difficult to unleash ourselves from that sense of power. To be seen as God’s special people would assume you have privileges and are entitled to make decisions that others are going to be denied. You are the center of the universe, with or without a relationship with the Supreme, and everyone else is marginalized. I think that’s what’s hard about being in the midst of change in the church.”

Bentley told two illustrative stories, one true and the other containing a truth. In one, a Black man sits on the steps of a church after congregants refused him entry one Sunday morning. Jesus comes up to the man and asks what’s wrong. “They won’t let me in,” the man tells Jesus. “Don’t worry,” Jesus replies. “They won’t let me in either.”

The other story involved former U.S. Rep. Adam Clayton Powell, Jr., a pastor who was the first African American to represent New York in Congress. According to Bentley, radicals once approached Powell saying Christianity has failed. It hasn’t failed, Powell told them. It hasn’t been tried yet.

“We can’t reclaim something we never had,” Bentley said. “You may know the Book of Order from cover to cover and all the Confessions, but that doesn’t say anything about the spiritual rebirth that has to happen in order to enter into a personal relationship with Jesus … It’s no secret why we have such difficulty. We are trying to get people to believe something that has never been tried.”

Pickrell recalled attended a BIPOC (Black, Indigenous and People of Color)-centered spirituality conference two years back led by Jameelah Jones, who talked about the importance of naming the beginning of things. “If we don’t,” Pickrell said, “we can’t imagine the end of things.”

One example: Immigration and Customs Enforcement officials and their treatment of our Latinx siblings, Pickrell said. “We may think it has existed in perpetuity, but it started in the early 2000s. We can imagine a world without it … We live out myths and narratives that are really harmful to the poor and are racially-based. They have beginnings, and they can have endings.”

Fraser said spending time at The Open Table “and thinking what a new worshiping community looks like” has been helpful while forming a new online community designed to “decenter” the building into “the church gathered but also the church scattered.”

“That is what’s giving me hope,” Fraser said, “creating affinity spaces where people can be in spaces together to offer hope to one another.”

“We are not about tasks,” Pickrell said of The Open Table. “Relationships come first.” 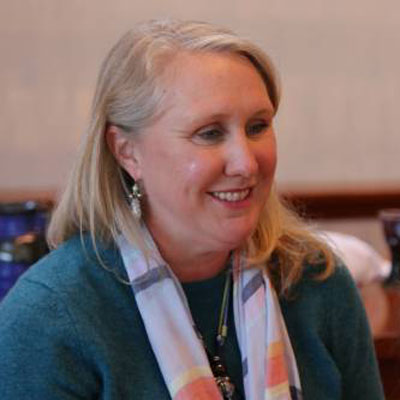 Asked how an incarnational outward focus might work in a more traditional church setting, Bentley quoted Nick Saban, the legendary football coach at the University of Alabama. “Don’t worry about the results,” Saban tells his players. “Worry about what you have to do to get the results.”

“Who’s willing to put the work in to achieve the results?” Bentley asked. “Pray and do the little things that people might not notice. We can cultivate the holy habits we need to have in place to get the big results.”

Recall, Street-Stewart said, that Jesus told his disciples he would go ahead but would not leave them alone. “I am leaving you with the Holy Spirit,” Street-Stewart said of Jesus’ announcement. “The Spirit conspires beyond our control to put us together … You may be a committee on ministry, but the Spirit might say, ‘I’m going to help you make disciples.’”

“When you cast your net, it is up to God to say how it’s going to be filled,” Street-Stewart said. “Our structures were given to us as gifts, but we need to stop trying to control them and say, ‘What can you teach me about that?’”