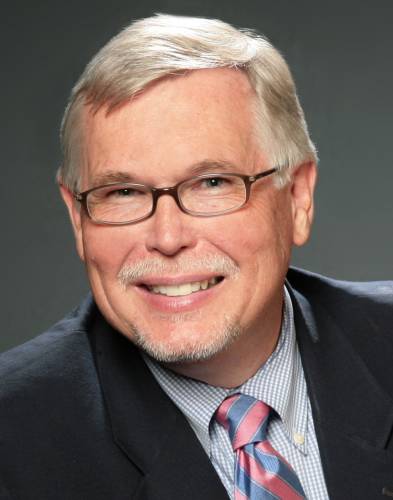 “The one detail in which my plan differed from Ellis’ was that he made his term known from the beginning,” said Jinkins, who, prior to coming to Louisville Seminary, served as academic dean and professor at Austin Presbyterian Theological Seminary. “Ellis told the board right at the start that he would stay for seven years. I did not feel that making my plans known would have been helpful to the school, so no one knew the date on which I planned to retire except my family, closest friend and pastor.”

Under Jinkins’ term, LPTS made its Doors to Dialogue interfaith relations program and its Black Church Studies program critical components to the seminary’s curriculum. Most notably, though, is the seminary’s Covenant for the Future capital campaign, which began in 2011. A key component to the campaign was the endowment of the Covenant Scholarship program, which was established in 2015 and allows all master’s-level students to attend Louisville Seminary with 100 percent tuition assistance.

Referring to Jinkins’ service to the seminary, the Rev. Lant B. Davis, chair of the Board of Trustees, said, “It was under Michael’s visionary leadership that Louisville Seminary developed and embarked upon its current strategic plan, raising the funds necessary to endow and sustain the Covenant Plan. He has assembled a talented administrative team who have shown themselves able to ‘do more with less.’ One of his enduring legacies will be a significant number of brilliant new faculty members who have come to the seminary under his leadership.

“The Board of Trustees is especially appreciative of Michael’s concern for good governance and process. We are grateful to know that he will be with us for almost another year and a half, and we look forward to working with him in completing the final goals of his presidency, particularly reducing the draw-rate to a sustainable level. In the meantime, the board already has responded to President Jinkins’ announcement by authorizing me to constitute a presidential search committee, which I intend to do without delay.”

Louisville Seminary is committed to building bridges across the world’s religious, racial and cultural divides. It is distinguished by its nationally recognized marriage and family therapy and field education programs, scholarship and church service among its faculty, and a commitment to training women and men to participate in the continuing ministry of Jesus Christ. For more information, call (800) 264-1839 or visit http://www.lpts.edu/.