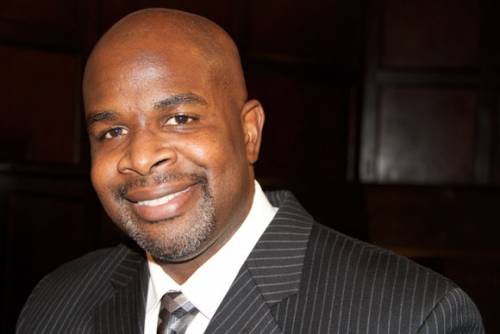 The Rev. Carlton Rhoden has challenging responsibilities as pastor of the Westminster Presbyterian Church in Los Angeles. Long-time residents who have stayed in the inner city have witnessed an exodus of some people to the suburbs while an increase in crime, gang violence and drugs has made life difficult for those who remained behind. Still, the church takes its mission seriously: “Celebrating 110 years of God’s Grace Serving the Community with the Love of Jesus Christ.”

But after years of living in the suburbs, families are beginning to return to the inner city and they’re bringing suburban ideas with them.

“Interesting dialogue is now taking place about the role of the church and my role as a minister in this area,” said Rhoden. “People who have been here for generations are beginning to feel displaced as new residents from the suburbs return to the city. There are a number of faith communities that are dealing with this issue and will continue to deal with it as more and more move back to the inner city.”

Rhoden believes the church needs to take on the role as communicator/builder and a voice for traditions in the community. Gentrification is taking place in many urban areas and there are ways congregations who did not leave can help new residents understand racial justice and other urban community issues and struggles without supplanting and displacing traditions and relationships which are working and may not be initially visible.

“For example, right across the street from our church is Leslie Shaw Park. Shaw was one of the first African-American postmasters in the U.S. and the park is dedicated to him,” he said. “We recently re-dedicated the park and the city spent more than $1 million renovating it because it had been used as a gathering place for drug dealers and users.”

The Westminster Presbyterian Church averages 150 members in a community with serious drug and alcohol problems.  There are few businesses such as grocery stores within walking distance. While many churches have sought the suburbs, Rhoden and his congregation have chosen to stay put.

“What is my role as a Christian minister? Is it my job to move a church to a ‘safer neighborhood?’” asked Rhoden. “Why not deal with the issues that are here and involve the community on how to have a greater impact? Show the love of Jesus Christ. That’s how I view it.”

Rhoden has taken the approach that his church will not simply warm pews on Sunday morning, but get out to meet and greet their neighbors.

“We need to get out of these beautiful buildings and walk our community, learn the needs,” he said. “The community will show us where they need us. We should meet the people where they are and lead them to Christ and discern how we can help meet those needs.”

Rhoden has pastored Westminster for two years and says the community outreach has been tremendous.

“Relationships have blossomed out of this outreach, so much so that I was asked to pray at the dedication of the park,” he said. “Now, we’re hosting community meetings and talking about drugs and other issues.”

Rhoden says they are becoming community now because neighbors know church members by first names and stop to talk rather than turn away. He’s seeing more people attend church, especially children and people are interested in the ministries they offer.

“Westminster is an older congregation. They have life, vision and direction. It’s their responsibility to reach out beyond the walls of the church and be messengers for Jesus Christ, not to preach, but be the gospel,” Rhoden said. “It’s energized them in a way that has surprised them and me. It’s given us a vision for our future.”

Rhoden will speak at the Compassion, Peace and Justice Dinner and PHEWA Awards on Tuesday, June 21st at 5:30 p.m. during the General Assembly in Portland.