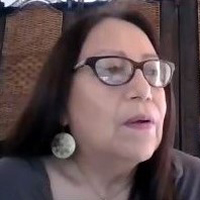 Fern Cloud is moderator of the Native American Consulting Committee.

The Feb. 12 letter, signed by REAC’s chair, the Rev. Michelle Hwang, and the NACC moderator, Commissioned Ruling Elder Fern Cloud, is addressed to Presbyterian Mission Agency and Office of the General Assembly colleagues. 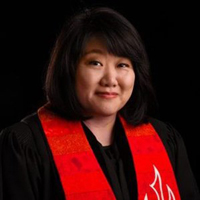 The Rev. Michelle Hwang is chair of the Racial Equity Advocacy Committee.

The letter asks for “your partnership in advocacy for our Shinnecock Nation siblings, 60% of whom are living below the poverty line as they struggle against continued efforts to deny them sovereignty over Shinnecock land.”

The letter notes that the 224th General Assembly (2020) approved the report of the Native American Coordinating Council, which includes this directive from the GA to the PMA and OGA: “Support Indigenous Nations’ full expression of their inherent legal sovereignty in civil and criminal spheres, including but not limited to … state and federal actions aimed at abrogating or diminishing Indigenous sovereignty, legislative efforts to support their inherent sovereignty, local, state and federal actions that impact Indigenous peoples’ protection and control over their environment and sacred places.”

According to media reports, what the Shinnecock Nation calls “a monument” is a 61-foot electronic billboard, which sits at the entrance to the Hamptons, towns and hamlets that are home to some of the most expensive real estate in the United States. The monument, according to WBUR, a National Public Radio affiliate in Boston, has helped the Shinnecock Nation raise money as it has grappled with food insecurity and economic fallout from the COVID-19 pandemic.

The letter from REAC and NACC includes these summary items:

“Perhaps these same Presbyterian partners,” the letter states, “can also advocate locally for systemic change that would ensure no one in the Shinnecock Nation lives below the poverty line.”

“We are happy to partner with you in this work,” the letter concludes, “and would welcome further conversation.”