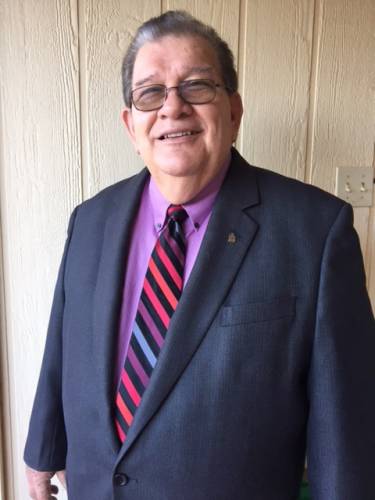 LOUISVILLE – The Presbyterian Mission Agency announced today it has called the Rev. José Luis Casal as the new director of Presbyterian World Mission. He begins his duties in Louisville in April.

“José Luis’ mid-council experience, his work with ecumenical agencies and his pastoral experience in three different countries gives him a unique perspective to approach this important work,” said Tony De La Rosa, interim executive director of the Presbyterian Mission Agency. “He clearly understands the need to advance the scope of our international mission efforts and strengthen our relationships with our mission partners. With his warmth, knowledge, stable and seasoned leadership, the transition should be a seamless one.”

Casal has served as the general missioner of the Presbytery of Tres Rios in Midland, Texas since 2002. Born in pre-revolutionary Cuba, where he was ordained, Casal served as a pastor in the Reformed Presbyterian Church of Cuba. In 1989, he joined the Latin Council of Churches in Quito, Ecuador, also working with the World Student Christian Federation in Latin America and the Caribbean. In 1991 he served in ministry at the United Evangelical Church in Quito, a PC(USA) partner church. In 1994 he moved to Florida to co-pastor a Hispanic congregation in Miami, Iglesia Presbiteriana El Cordero. Before joining Tres Rios, he was the organizing pastor of Iglesia Presbiteriana Canto de Esperanza in the Chicago area, where he grew the congregation from 0 to 144 members in record time.

His work within the church spans decades and includes service on dozens of key committees. Casal has received several awards of distinction. He served as founder and moderator of Hispanic Presbyterian Men and moderator of the Chicago Presbytery’s Cuba Task Force. From 2011 to 2013 he served as vice president of the National Council of Churches of Christ in the U.S. At General Assembly 221 (2014) in Detroit, he received the Ecumenical Service Recognition Award. He is also the author of two books of poems and the composer of more than 80 hymns and other songs in Spanish and English that have been published in hymnals in Cuba, Latin America and the U.S.

Casal, the first Cuban-American to serve full-time as director of World Mission, has participated in ministry in 31 countries around the world, serving in different capacities, and has led dozens of mission trips across several continents.

“It is a privilege to do the ministry of the church in God’s world,” he said. “To do mission is to work for justice, equality and peace, to make the world more humane and just, to live the work of God. This is the ethos of mission. I come prepared to hear, listen and serve. I am so thankful God has given me this opportunity and I am grateful to the Church for its trust.”