“There is no view from nowhere.”  –Stanley Hauerwas

by Charles Wiley, Office of Theology & Worship | Special to the Presbyterian News Service

LOUISVILLE – Some years ago I was in an ethics doctoral seminar at Princeton. After making some comment that another student found troubling, she blurted out at me, “But you’re speaking from a Christian perspective.” To which I replied, “It is the only one I got.”

We live in a time of unprecedented encounter with people of many religions, and in a time of extreme distrust of people of other religions, particularly when it comes to Christians and Muslims. In the wake of the funeral of Muhammad Ali—which took place on Friday, June 10, just feet from the Presbyterian Center—and the horrific mass murder on June 12 of 50 LGBT persons by a young Muslim man, I want to try to express why I think interfaith relations work is so important to Christians, particularly Presbyterian Christians. 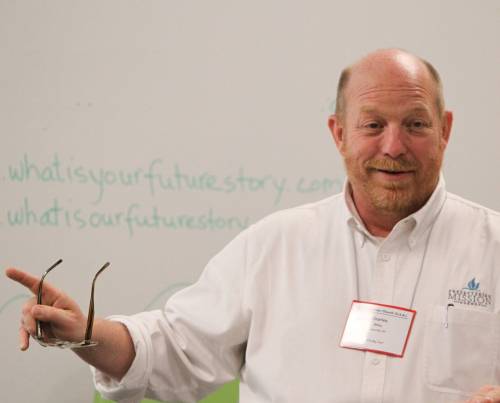 Sometimes it feels to me like interfaith relations work looks like this: on the one side we have liberal Christians with weak Christological commitments who want to work with interfaith partners because it fits their overall worldview that everyone believes the same things and our differences are largely irrelevant; and on the other side we have more conservative Christians with strong Christological convictions who want to avoid working with interfaith partners because they think that working with them somehow implies theological agreement and compromises their faith in Jesus Christ.

I prefer to invoke the words of John Howard Yoder on this, “The only requirement for dialogue is a willingness to talk [and listen].” Neither Christians, nor our interfaith partners, should be required to compromise our core beliefs in order to provide a rationale by which we can talk to the other. I suggest instead an ad hoc approach to dialogue that grows out of committed Christian faith. We enter dialogue as exactly who we are, Trinitarian Christians. We also expect our partners from other faith traditions to come as exactly who they are. No one is generically religious, nor do we assume commonality that may not exist. It is an approach that brings integrity to the Christians in the process, but also to the participants from the other faith(s)—we do not presume to comprehend them in our theology without their participation. If there is to be a mutual accounting of one another, it emerges in the dialogue.

In such a dialogue, we enter as partisans of our religion. But in the process there is wisdom here to be gained from the engagement. If we are to be engaged in interfaith work, we must love the people we are engaged in dialogue with. They are not the enemy. And their faith is part of their identity, not an accidental characteristic. So, deep engagement with Islam, for instance, will necessarily involve an appreciation of the beauty, truth, and goodness in Islam. For me, the experience in Cairo of watching groups of Muslims break Ramadan was to witness beauty. The laughter, the feasting, the gathering of family and friends was overwhelmingly lovely. I suggest that the unwavering commitment to monotheism that leads to a rejection of the Trinity in Islam is, ironically, a reflection of truth. I point to the commitment to children as an example of goodness.

This is not a denial of the struggle between good and evil or a lack of concern over idolatry, but rather it is a call not to identify either good or evil with a religion, per se. We must not be blinded when Christians or people of other religions do terrible things in the name of God, but we must be very careful not to make too facile judgments about good or evil in particular religious traditions. There is evil in this world. Christians don’t just believe in evil, we practice it. Somewhere I hear echoes of a discussion about specks and logs.

My appeal here is not some soft tolerance for people of other faiths.  It is instead an appeal to love—that seems like a Jesus thing—where specific criticism of the other grows out of relationship and real knowledge and not just caricatures that can be so easy to live by.

“Jesus Christ is the only Savior and Lord, and all people everywhere are called to place their faith, hope, and love in him.”  “Hope in the Lord Jesus Christ”

So far, good enough. We engage in interfaith work as folks with deep faith in Christ, and we likewise want to genuinely love those with whom we dialogue. I’m a pretty good liberal so far, in spite of my commitment to particularism. But part of a commitment to the deep tradition of the faith is a commitment to the proclamation of the Gospel of Jesus Christ to all people. Evangelism is not extrinsic to Christian faith, but at its very heart.

How does this fit with interfaith dialogue? It is an established principle of interfaith dialogue that dialogue is not a pretext for evangelism—dialogue is for the purpose of dialogue, not conversion.  But what is our hope, our desire, for the other? I hope for conversion to faith in Jesus Christ. Some who are involved in interfaith dialogue will say that if a Muslim or Buddhist came to them and asked how to become a Christian they would instead try to help them be the best Muslim or Buddhist they could be and discourage conversion. This is not the way I understand Christian teaching. We are a faith that exists because people who had lived with one religious commitment for a lifetime made a risky choice to follow Jesus:  from second-temple Jews to Ashanti ancestor worshippers to Eastern European communist “believers.” We dishonor those who have gone before us—or are alongside us—who have made costly choices to follow Jesus when we regard conversion as adiaphora, i.e., as something indifferent in Christian faith.

Because “Grace, love, and communion belong to God, and are not ours to determine,” [“Hope in the Lord Jesus Christ”] we need not pressure anyone to conversion. Because we believe in the surpassing goodness of our Savior, we cannot and should not discourage active faith in Jesus Christ. We cannot serve the Lord of the universe and not expect that people will want to follow that Lord. A Reformed account of evangelism and salvation is most helpful here. Our job is to witness, not to convert—that’s the work of the Holy Spirit. Nonetheless, the category of hope is important. What we hope for shapes our relationships with people of other faiths.

9They took up a new song, saying,

“You are worthy to take the scroll and open its seals,
because you were slain,
and by your blood you purchased for God
persons from every tribe, language, people, and nation.

*Editor’s note: This statement reflects Wiley’s understanding of the Presbyterian tradition and is not to be read as an official statement by the PC(USA).