As part of its work dismantling structural racism, a Michigan church discovers a founder was part of the Underground Railroad 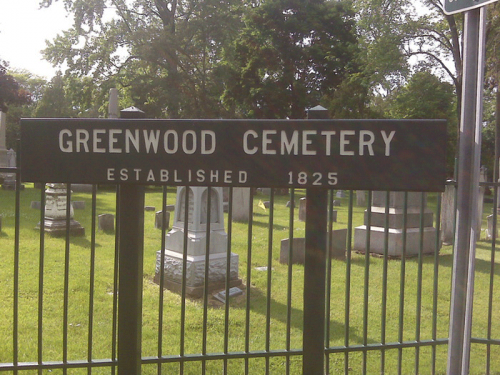 Greenwood Cemetery in Birmingham, Michigan, was designated as a National Underground Railroad Network to Freedom site. It’s recognized as the burial site of abolitionist Elijah S. Fish and George B. Taylor, a freedom-seeker and formerly enslaved Black man. Both were members of First Presbyterian Church in Birmingham. (Contributed photo)

LOUISVILLE — In Michigan, a Presbyterian pastor is speaking out after a state senator defended herself in a “culture war attack” by a colleague.

Last month, state senator Lana Theis delivered an opening invocation where she said that “children were under attack.” Three senators, including Sen. Mallory McMorrow, walked out of the chamber.

Within days, Theis sent out a fundraising email saying people like McMorrow “are outraged they can’t groom and sexualize kindergartners or that 8-year-olds are responsible for slavery.” Theis also attacked McMorrow for what she called “race-based education.”

The next day, McMorrow, who describes herself as a white Christian married suburban mom, responded on the chamber floor. On her Twitter feed it was viewed more than nine million times in 24 hours.

For the Rev. Dr. John Judson of First Presbyterian Church in Birmingham, Michigan, McMorrow’s speech — during which she speaks about her responsibility as a white Christian woman to defend those less privileged — was powerful. While he can’t speak for those who don’t agree about speaking up about systemic racism and inequality, Judson said McMorrow formulated in words what many in his congregation have been thinking.

“It’s how our congregation has staked out who it is and what it believes,” he said. “The cultures of white privilege, Christian privilege and straight privilege are making it about good versus evil. When you see it that way, you can say or do anything.”

For Judson, if you believe in a truly inclusive community in Jesus Christ in every way, you have to be willing to do what McMorrow did. Yet he understands why some pastors are not willing to speak up, because there can be a price to pay for doing so. 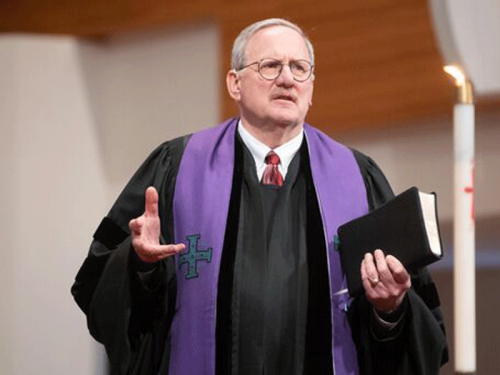 When FPC became a Matthew 25 church to focus on dismantling structural racism, he began to talk more about race. Speakers came to talk explain the causes of structural racism. Even though he was careful in the language he used, a number of members told him he “must be a Democrat” and therefore was wrong. Others walked out without saying anything, including people he thought he had a great relationship with.

“These are people I prayed with,” he said. “But at this point in the country, where division runs deep, some people wouldn’t think about it or deal with it.”

Despite those losses, Judson says that new people are finding First Presbyterian Church. In a church described as “Everybody’s Church,” the church’s website is clear about what that means. People are listening and joining the congregation, even as Judson prepares to retire in a year.

Recently FPC learned from the Birmingham Museum that one of FPC’s founding members, deacon Elijah S. Fish, was an abolitionist. Fish invited other abolitionists to join him in helping enslaved Black people to seek freedom via the Underground Railroad, which he was a part of. One of those Black men, George B. Taylor, a former enslaved person from Kentucky, ended up in Birmingham, where he became an active member of FPC along with his wife Eliza.

“When we adopted Matthew 25, some people said it was a ‘foreign concept’ for the church. As it turns out it is in our DNA, with Elijah Fish and the Taylors,” Judson said. “From our beginning in 1834 we believed in the full humanity of all persons.”

Recently Judson received a letter from someone who left the church. He reread it a few times because he could hardly believe what the person was saying.

‘When we adopted Matthew 25, some people said it was a “foreign concept” for the church. As it turns out it is in our DNA.’

“When I retire, I’ll be ready,” he said. “It’s never been easy to be the church. With the political divisions, Covid and the transition in culture, it’s going to be much harder. But it’s worth the risk to be the church Jesus Christ calls us to be.”

Last year, Michigan state senator Lana Theis introduced a bill that would ban the teaching of “critical race theory” in Michigan schools. In January the State Board of Education passed a resolution to counter the CRT bill, which Theis immediately criticized.