Make A Donation Click Here >
Home › In a pandemic, back-to-school excitement is tempered

Panel seeks to explain how faith communities can minister to anxious students, parents

LOUISVILLE — An event millions of Americans are about to face — the return to in-person education, and the impact that race, faith and COVID-19 are having to shape the education experience for students, parents, educators and other school staff — were the subjects of an hour-long panel discussion last week sponsored by Union Presbyterian Seminary.

The panel consisted of: 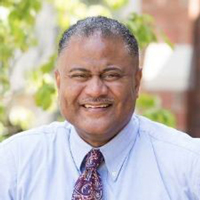 “This is our moment to begin to shift the larger system,” Sadler said near the conclusion of the discussion, which can be viewed here. With online education platforms increasingly in use, “we have the potential for equality. We might be able to make a significant shift in all of our school systems across the country.”

Yust said she’s been interviewing Christian educators and parents “to learn how they are ministering during the pandemic, and how they are talking about racism.” She said she also “lurks” on social media sites where parents are sharing their anxiety about students returning to school, and about parental exhaustion.

“The pandemic has raised all kinds of new questions,” she said. “Many ministry leaders are working to reduce guilt, inadequacy and fear among parents.” In middle class, mainly white churches, “anti-racism protests aren’t a big issue for their families, even though they are sympathetic to the Black Lives Matter cause and movement.”

Many white parents living in and around Richmond, for example, show their children the graffiti on Monument Avenue. Some even protest, “but they don’t necessarily understand just how inequitable the school systems are,” she said. “They try to keep their children safe and successful but want to help others do the same.” However, “if pushed, they say they would choose their children’s well-being over the well-being of other children.”

Sadler said he’s concerned as his daughter is set to enter the classroom for her senior year of high school. His daughter tells him, “Dad, I want to go back to school. I want to meet my teachers. I feel disconnected and it’s difficult to learn.”

Sadler wondered: “How do we balance those concerns?” 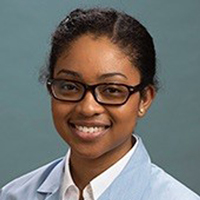 “We have seen an uptick in mental health issues,” Charles said. “We are social creatures and we want to be in community … With so much concern about the virus, we have a society that doesn’t value the community good as much as the individual good … Zoom parties aren’t as much fun. But if that’s what you need to accommodate your children’s needs, that’s a good choice. Children are known as little vectors of disease.”

“There is a price to being strong, even when you don’t show it,” Jordan said, a price that’s often paid among people of color with high rates of diabetes and elevated blood pressure. Schools in poor neighborhoods “don’t have good ventilation and are packed to the hilt.” That kind of school condition during a pandemic “might be a little too much to bear,” he said.

The COVID-19 virus “is exposing the risk that a disproportionate number of Black people take in society” working in frontline essential jobs, Charles said. She completed medical school in Philadelphia, “where there’s asbestos in the public schools. How can you learn in an environment where you aren’t even comfortable?”

“These problems require government intervention,” Charles said. “I am a proponent of activism and direct action. It puts pressure on our politicians, who nitpick over crumbs. We are asking for a whole loaf of bread.” 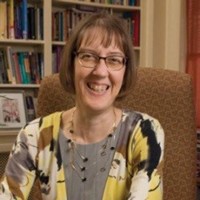 For many young people, there’s “a great deal of anxiety that comes with any kind of disruption of routine,” Yust said. In Teen Vogue magazine — “not my usual reading as an academic,” she said — Yust found an article describing how young people of color talk about the issues that are important to them.

The young people interviewed “were really worried about their relatives being laid off, mounting bills, and deferring their college education to support their family,” Yust said. “Young people with mixed immigration status are struggling. There are children taking on greater responsibilities at home with elder care or the care of younger children.”

“The spirit of a child that creates a sense of well-being, connection and belonging — that’s under strain right now,” Yust said. “Faith leaders need to define the issues and offer language for young people to talk about them.” Drive-in church services, a Facebook chat, “or getting people together for a socially-distanced walk through the neighborhood” can get the discussion going, she said.

“Anxiety is really the main spiritual issue here, and the economics” of the pandemic too, she said. Children as young as 8 can pick up on their parents’ economic anxieties.

“There are faith communities that will help (families) stand together,” Yust said, “even when the going gets tough.”

Educators ought to be sending out consistent messages to students, Jordan said, including “I belong in this community,” “This work has meaning to me” and “If I work hard, I can do it.”

“Big moments in history occurred when we got shook up,” he said, including the U.S. Civil War and the 9/11 attacks. “We all decided we had to do better and it lasts for a while, and then we revert back.” But “If we see young people are the change and a diverse group is saying ‘Enough is enough,’ I think we can make movement and engage them.”

Yust said churches can be places during the pandemic where schools “expand their real estate” by providing the school with classroom space and, during fair weather, outdoor meeting space. “We need to start thinking outside the usual boxes,” Yust said.

“We need imagination to come up with solutions,” Charles said. “Children inherently learn that way. A lot of what stuck with me was self-directed. The younger generation is already more accustomed to connecting online. We can think of ways to innovate the curriculum to allow for self-exploration in creative assignments as part of this virtual curriculum.” 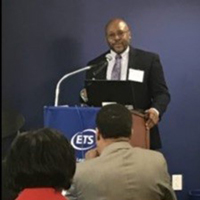 “We have to teach honest history and an honest literary experience,” Jordan said. After learning about the formation of the United States during the late 18th century, many students “don’t hear much more about African Americans and Native Americans, their brilliance and their patriotism … We also need to know the terror, the hard stories people don’t want to hear about.”

More parents and guardians should “look into the way your public schools are funded,” Charles said. “Not all Americans are aware of how we pay for schools and why some districts have more resources than others. Look at the effects of redlining and how that connects to health … We should think about how the spaces we exist in came to be created and how we can reverse that.”

“It starts,” Charles said, “with individual awareness to move toward activism and policy change.”