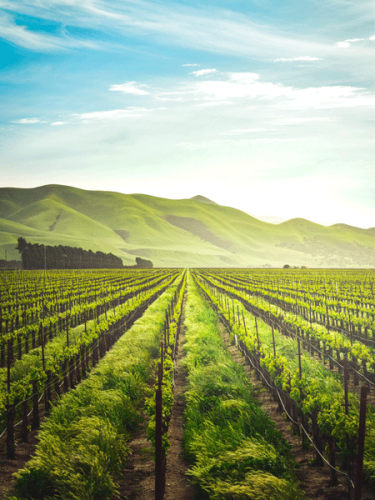 Photo by Adele Payman via Unsplash

LOUISVILLE ­— After two days speaking about rest and restoration with the NEXT Church National Gathering, Dr. Chanequa Walker-Barnes on Wednesday shifted to one of God’s commands that’s likely never been followed: holding a Jubilee year every 50th year as spelled out in Leviticus 25:8-13 and 39-41.

“We are here in the heaviness of everything that’s happened in the past few days,” Walker-Barnes said. “I feel like I really need a Jubilee and I’m guessing some of you do too.”

Instructions on the Jubilee year are part of the holiness code found in the second division of Leviticus. “This is the holiness of the community, land ownership and its ritual life, including holy days and feasts,” Walker-Barnes said, offering up this caveat: Jubilee “is meant to be a communal observance, not practiced at the individual level. Jubilee is about economic and environmental policy. It is structural and systemic in nature.”

It’s unclear, Walker-Barnes said, if Israel ever experienced a Jubilee year. “Both Judean and Christian traditions disregarded it as a utopian idea,” she said. “The church has been grossly negligent. It is a willful turning away from the command.”

Since 1619, what would become the United States has had multiple opportunities to observe Jubilee. It’s “failed to restore land rights and liberate enslaved people, and it’s not given the land rest,” she said.

Jubilee “teaches us something unique about rest,” a topic the NEXT Church gathering has explored since it began meeting Monday at Montreat Conference Center. Once the academic year is completed at Columbia Seminary, “I am serious about rest,” Walker-Barnes said. “I delete the email app from my phone just to remove temptation.” While she will be working on a book project this summer, “I hope to go the whole summer without Zoom or Microsoft Teams,” an aspiration her audience cheered. “But to get to that point, there’s a lot of work that has to be done between now and then.”

The notion of Jubilee — even if it never occurred — offered rest for the land and from the land, Walker-Barnes said.

“If you don’t plant and cultivate, you don’t eat,” she said, adding that a Jubilee year would have followed a Sabbath year, making for consecutive fallow years. “Did they work themselves into a frenzy to store up food? It’s almost like we atone for rest by being hyper-productive.”

As Leviticus makes plain, “they weren’t supposed to prepare,” Walker-Barnes said. “They were supposed to trust God for their sustenance.”

“Rest is about cultivating dependence on God,” she said. “It’s a discipline vital to our growth as followers of Jesus.”

“It turns out God has pretty specific ideas about what community should look like. God also realizes human life is a little messy,” Walker-Barnes said. “Jubilee is a way to restore balance to the brokenness God knew would enter human society.”

When Jubilee came, land was to be restored to its original owners. “That was intended to prevent massive imbalances in wealth,” much like the what we’re currently experiencing, she said. “Families could sell [the land], but it was more akin to a lease. Every Jubilee, they knew the land would have to go back.” Laws were written about how a family could buy land back even before the lease ran out, she said.

“Land was returned to people, and people were returned to lands,” she said. That included the Israelites who were forced to sell themselves into slavery because of poverty. 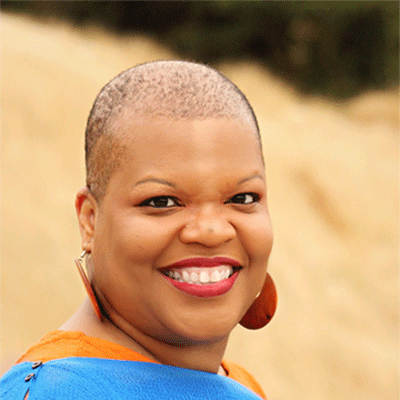 Walker-Barnes said she has lamented she could trace her genealogy back only a few generations. For years, she and her family “have distanced ourselves from the land and from nature because it reminds us too much of our sharecropping past.”

Walker-Barnes reminded those gathered that “Southern trees bear strange fruit.” For her, the images of ancestors have them fleeing from dogs and from slave patrols. “The land is not a site of rest for me,” she said. “I look forward to that being restored.”

On one side of her family, a relative managed to research roots going back five generations. Walker-Barnes has found she shares the same great-great grandfather as the nation’s newly-confirmed U.S. Supreme Court Justice, Judge Ketanji Brown Jackson.

“This is the type of Jubilee I long for, even though there is little hope our capitalist society will support it,” she said. But “I have in little ways leaned into the spirit of Jubilee during my 50th year.” One way is through deepened patterns of rest. “I want to have more energy and time to celebrate this year,” she said. “I need to learn to trust God for my sustenance, for our sustenance, in the middle of this crazy-making, death-dealing world … Trusting God to show up in ways I don’t expect is my hope.”

Rather than be like Abraham — to “go where God sends us no matter what it means” — Walker-Barnes seeks to be more like Mary, who visited her cousin Elizabeth “to find strength and inspiration for her call. Or even that rascal Jacob, who wanted to be reunited with his brother and his children and be buried in the land of his ancestors.”

This all sounds good, she said — but Jubilee isn’t a celebration for everyone.

“Some people got things back, and some people had to give things up,” Walker-Barnes said. “It could be land they worked and carefully cultivated and experienced loss in for years. It was land they’d gotten through the misfortune of other people. They had to give it back. They also had to give back slaves, who worked so they might prosper.”

“For those who come from privileged groups, [Jubilee] could be a call to give some things up, to sacrifice some things you have worked hard for but came at the expense of other people,” Walker-Barnes said. Jubilee is thus “not just for your rest and restoration, but for you to support the rest and restoration of oppressed and marginalized persons.”

Read reports on the first two talks Walker-Barnes delivered to the NEXT Church gathering here and here.