‘Delicate, heavy history’ informs the ‘pain’ heard in the swells, seen in the embodiment of those singing 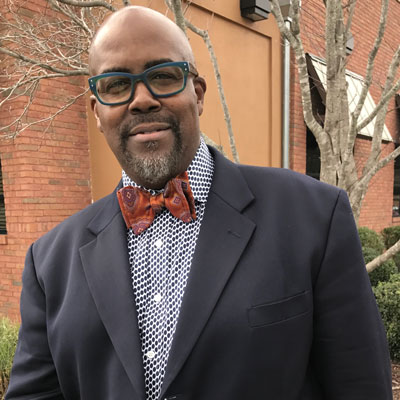 LOUISVILLE — Whenever the Rev. Carlton Johnson talks about hymns from the heart of the Black church, he feels a responsibility to carry on the tradition of his ancestors. For their hymns are, as W.E.B. Du Bois observed, “the most original and beautiful expression of human life and longing born on American soil.”

Formed in a Black Baptist congregation, Johnson sang his first solo when he was 5. A choir director by high school, he spent decades leading music ministry around the country. At a recent Presbyterian Association of Musicians Town Hall Forum, Johnson discussed an article he wrote for Call to Worship, a quarterly journal published by the Office of Theology and Worship in the Presbyterian Church (U.S.A.). 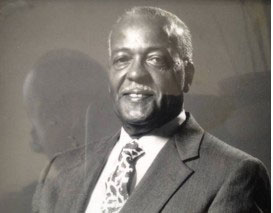 Johnson learned from his late father, hymn leader Deacon David Johnson, the importance of maintaining the tradition of singing lined hymns in the Black church.

Johnson began the conversation on his article “Stretching Out: Hymn Interpretation in the Black Church,” with what he called “some delicate and heavy history.” In the late 1400s in Ghana, the Elmina Castle was originally built as a trading post and a house for missionaries. Johnson said there was a church in the castle compound that held Christian etchings, including a cross. In nearby adjacent buildings were enslaved and imprisoned African American people, where young boys and girls and older men and women were abused. Before or after the abuse, abusers would go to worship in the church.

“Such irony that both occurred in the same place,” Johnson said. “Keep in mind when we’re doing discipleship that today’s young people now know these two things were going on simultaneously in the compound.”

The coordinator for Vital Congregations in the PC(USA) said it was assumed the Africans had no knowledge. Even though they had Christianity (as well as the two other Abrahamic religions) long before their enslavement, their spiritual practices were considered pagan. Soon the singing, dancing and drumming by the enslaved became punishable offenses — and could actually get them killed. 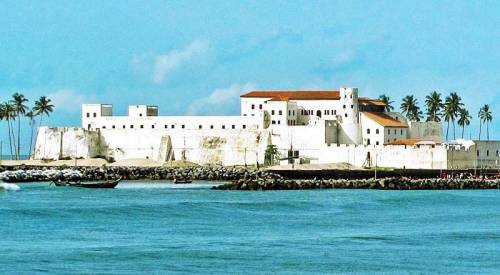 The Elmina Castle in Ghana originally was built as a trading post and house for missionaries.

But when they arrived in the U.S. to work the plantations in the South, they were told to sing their songs.

“My ancestors had to think, ‘How can we sing in such a strange land?’” Johnson said. “They were now being taught about Christianity in a way they didn’t understand. How could this be the high God?”

The enslaved Africans who were remembering their homeland compared their singing to Israelite songs in Babylon as they remembered Zion (Psalm 137). Because of this, Johnson said, there is more to the music in the Black church than just “jazzing it up” by adding beats and rhythms. 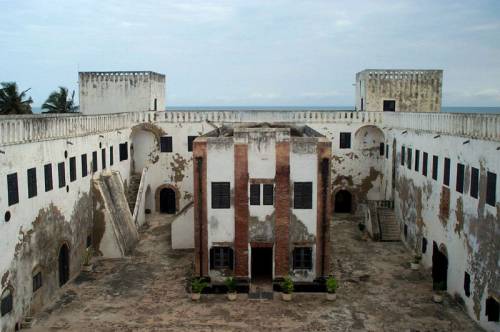 The church inside the castle compound held Christian etchings, including a cross. Some people would come here before or after abusing enslaved Africans who were imprisoned in adjacent buildings.

“What you really hear in the sounds and the ebbs and flows of the music [in the Black church] is pain,” he said. “Cries of desperation and pleas for help.”

Sometimes that pain is in the lyrics. But Johnson said you can really hear it the swells — and in the emphasis on particular parts of the song. You can also see it in the embodiment of those who are singing, or performing, for the Black congregation. Using the under-documented “old meter” form, the cadence of the hymn was slowed almost to a dirge.

Following the Great Awakening, the enslaved African people were taken to church to participate in worship services. But it is noteworthy, Johnson writes, that this invitation had nothing to do with the welfare of the enslaved. Citing Riggins R. Earl Jr.’s work “Dark Symbols, Obscure Signs: God, Self, and Community in the Slave World,” Johnson said slave owners were taught by the church to imagine these enslaved people as “bodiless souls.” It was acceptable to get as much work as possible out of their bodies, but it was their “Christian duty” to make their souls fit for heaven. But some would not even believe the soul of an African could abide in the same heaven as a white person. So, they built balconies in many of their churches to keep the enslaved as far away from the white people as possible. These balconies, Johnson said, became known as “N-Heaven.” 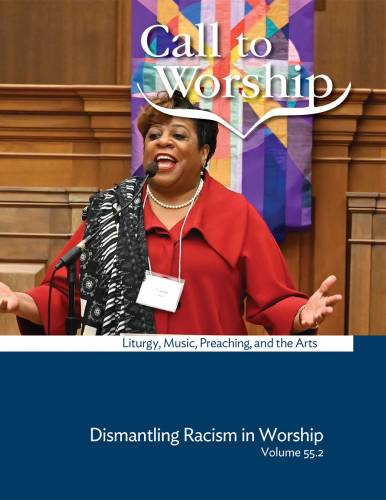 (Dismantling Racism) “Stretching Out: Hymn Interpretation in the Black Church” was included in Call to Worship’s most recent thematic issue on “Dismantling Racism in Worship.” Presbyterian Mission Agency President and Executive Director the Rev. Dr. Diane Moffett is on the cover.

It was in these segregated spaces where the art of hymn lining was born. Because enslaved Africans were not allowed to read — even rumors of enslaved people learning to read could cause death or torture — identified leaders would commit the words of a hymn to memory. When gathered for worship, the leader (exhorter) would line out and chant the lyrics. After calling out a few words, the congregation would sing the line responsively. The exhorter would then call out the next line, with a response, which continued until the song was completed.

Johnson said testimonial messages were sometimes added as phrases in the called-out lines. Other times language like “Our enemy is Satan” was used, which was code for “Our enemy is the slave holder.” Even coded language on where to find food and on how to escape worked their way into the language of Black church music.

Resistance is also built into the singing of the hymns. There is a cadence used for a lined hymn version of “What a Friend We Have in Jesus,” which sounds like the chant of a work crew using a rhythmic foot stomp or hammer swing to keep their timing.

“When reproduced in an African American worship service, the work crew foot tapping is replicated as the hymn is sung, without musical accompaniment,” Johnson said. “Yes, my ancestors were confined to a plantation, or workspace, but the enslaver was not in control, for God was still with them.”

Watch Johnson’s presentation here, which includes him singing as an exhorter and his wife, Cara Fears Johnson, responding as a congregant — and selections of Black artists (including Lizz Wright singing “Walk With Me, Lord”) demonstrating jazz renditions, old meter form and lining of hymns.