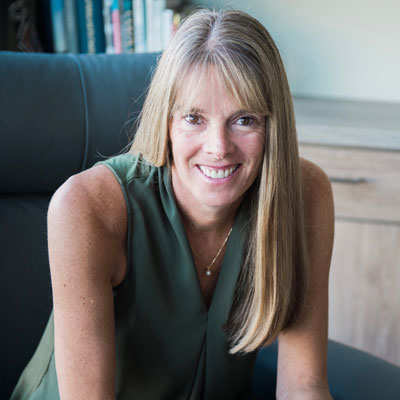 Heidi Yewman based her documentary “Behind the Bullet” on interviews she conducted with people who, in various circumstances, pulled the trigger on a gun. (Contributed photo)

LOUISVILLE — Heidi Yewman graduated from Columbine High School in Littleton, Colorado years before the 1999 massacre that guaranteed the school a place in the history of gun violence in the United States.

But the death of a favorite teacher and coach in the shooting that also killed 12 innocent students and the two perpetrators of the massacre drew her back to her alma mater and, ultimately, work on gun violence.

“I was just so struck by the tragedy of it, and the sadness, and the ridiculousness of it all and decided something called me to get involved,” said Yewman, who has since approached gun violence in numerous ways, including serving on boards such as The Brady Campaign to Prevent Gun Violence, and writing books and articles for publications such as USA Today and Ms. Magazine.

It was her story for Ms., “My Month with a Gun,” that got Yewman interested in another perspective on gun violence: the shooter.

“I was debating with a lot of gun owners about open carry, and it occurred to me that I didn’t understand what they were experiencing and maybe I was missing something,” she said of the article, which chronicled her experience open carrying a gun for a month in her home state of Washington. “I learned a lot. And I learned some empathy as well.

“I sort of wanted to expand that. I can’t know what it’s like to shoot and kill someone, and I don’t ever want to know that. I thought the next best thing was to interview people who have been in these situations.”

The result of those interviews is “Behind the Bullet,” Yewman’s documentary about four people who pulled the trigger in acts of gun violence, including a gang murder, an accidental shooting, an unsuccessful suicide attempt, and an act of self-defense during a home invasion. 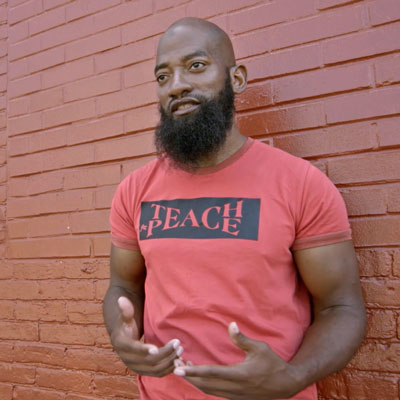 Will Little, who beginning at age 18 served a 10-year prison sentence for murder, is now a mentor and speaker. He’ll participate in Thursday’s webinar. (Contributed photo)

Yewman and several of the people featured in the documentary will be participants in the next installment of the Presbyterian Peacemaking Program’s gun violence webinar series, “Standing Our Holy Ground: A Year-Long Look at Gun Violence and What the Faith Community Can Do About It.”

Yewman will be joined in the conversation by:

Also featured in the film is Kevin Leonard, who shot and killed one of two men who broke into his home. Yewman said that one surprising aspect of the film noted by many is that while Leonard’s incident was in the eyes of the law and culture the most justified shooting of the four, he seems the most haunted by it in the movie.

“The law told him that everything he did was legal and fine and moral,” Yewman said. “But he’s received a moral injury. I mean, all of them have been morally injured.

“He was deemed a hero in his neighborhood. You know, he saved the day. He was a ‘good guy with a gun.’ But clearly … he’s haunted by it still. He even said it, ‘I don’t think it will ever go away.’ This is his burden for the rest of his life.”

Yewman said Leonard has declined to participate in the webinar and previous panel discussions around the film.

Leonard’s story is just one surprising aspect of how gun violence has impacted people featured in the film, which Yewman says is indicative of the unique ways people react to gun violence. 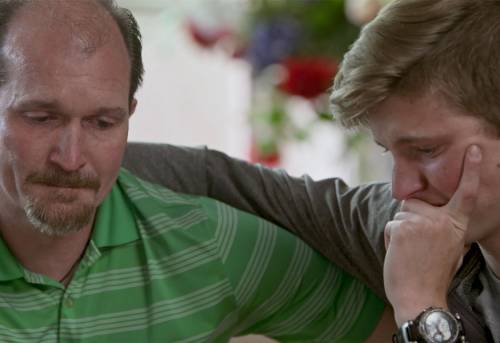 Daron Dwyer, at left, who lost his son to an accidental shooting, will participate in Thursday’s webinar. At right is his son Taylor. (Contributed photo)

Forgiveness of self is a strong theme in the movie, which brings in the issue of faith. Faith plays a strong role with Dwyer, whose now-teenage son was the shooter in the incident that took his other son’s life. The father and son are shown leading worship services and in prayer as they continue to heal from the incident.

Yewman says she got in touch with the Peacemaking Program about the Webinar series through the Rev. Deanna Hollas who is the Presbyterian Peace Fellowship’s minister of gun violence prevention. The Peace Fellowship is a co-presenter of the “Standing Our Holy Ground” series.

“We’re in a culture right now where the thing to do is to judge people,” Yewman said, “and to say this person’s good and this person’s bad … I think that makes us feel better.

“But that’s not the reality, and I think life is gray. Recognizing that and finding places of grace within these tragedies is where God is.”

What: The Presbyterian Peacemaking Program’s gun violence webinar series features the director of and participants in the documentary, “Behind the Bullet.”

When: 2-3 p.m. Eastern Time on Thursday, Feb. 6 (The webinar will be recorded for later viewing as well.)

How to register: Click here for the registration page

Learn more: About “Standing Our Holy Ground.” About “Behind the Bullet.”