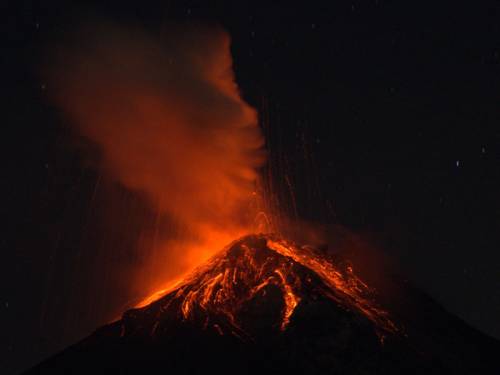 LOUISVILLE – The death toll continues to climb following Sunday’s eruption of the Fuego Volcano in Guatemala. More than 100 people are known to have died following the blast, and more than 200 are still unaccounted for. Communities near the volcano are buried under ash and rock.

Homes, livestock and crops were destroyed, and authorities say water and food security could be impacted for years.

Leslie Vogel, mission co-worker/regional liaison for Guatemala and Mexico, has spent at least five years in the country.

“I’ve worked with delegations coming to learn about the country. We usually spend our last nights in Antigua, very close to the volcano,” she said. “On a clear night, from the terrace of the hotel, you could see the red glow of lava coming out of the volcano.”

Vogel says she always assured visitors that the “oozing” of lava was a good sign.

“I remember telling visitors they didn’t have to worry about the active volcanoes because they are constantly letting off steam. I told them they should worry about the ones that are quiet because they are building up inside and will eventually explode,” she said. “I’ve learned I was wrong, because even though the Fuego volcano has been letting off steam, there was still a tremendous explosion.” 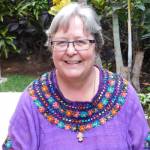 Vogel is most troubled over the lack of early warning for residents in the area, comparing it to how lower-income residents in New Orleans and Puerto Rico were left on their own following Hurricanes Katrina and Maria.

“I’ve heard that seismologists knew as early as 8 a.m. on Sunday that there was some unusual activity, but stated that it wasn’t necessary to evacuate. I’ve also heard a report that by noon, wealthy people staying at a golf resort near the volcano were flown out by helicopter,” she said. “Someone knew of the impending danger, but only the wealthy were evacuated. An evacuation warning to the rest of the population didn’t come until 4 p.m. The volcano had begun to erupt two hours before that, so it was already doing something by the time they told people to leave.”

Vogel says that by the time the volcano erupted, people had little time to react.

“There were poor people who were walking and riding bicycles during the eruption, so people and towns were buried. The golf resort was buried, but no one was there because they had been removed in time,” Vogel said. “Those are the types of things that are angering and painful; somebody makes the choices over who is a priority and who isn’t.”

Authorities say recovery will be a long process and Vogel agrees.

“Over time, there will be millions of dollars in losses that will impact workers. This is a huge area for tourism,” she said. “It’s made worse by racism and classism in that certain people have access to help faster than others.”

Since the rainy season has begun in the region, there is concern that ash and debris will clog sewers, causing flooding problems and health risks.

Presbyterian Disaster Assistance has provided a $10,000 grant to the Protestant Center for Pastoral Studies in Central America (CEDEPCA). Its disaster ministry will use the funds for immediate emergency needs such as personal hygiene kits and psychological and trauma support for impacted residents.

CEDEPCA, working with ACT Alliance, will also provide assistance in the form of seeds, portable water heaters and cash transfers so people can buy supplies at local stores.

Vogel says many churches and presbyteries had planned mission trips to the country this summer.

“I don’t know yet what our church prefers for mission groups scheduled this month. On one hand, it’s more taxing to the infrastructure if groups come, but on the other hand, it means less income in the country if people stay away,” said Vogel. “If you were planning a mission trip during the next few months, I would suggest that you find out if your church partner believes your visit would be a help or a burden right now. You can always send funds so they can do what they need to do on the ground without worrying about hosting people. Hopefully, your partners will be honest and tell you what they can and cannot handle.”

Presbyterian Disaster Assistance is able to respond to emergencies because of gifts to One Great Hour of Sharing. To support PDA’s response to the volcano, designate gifts to DR000139-Guatemala. Give online by clicking here. 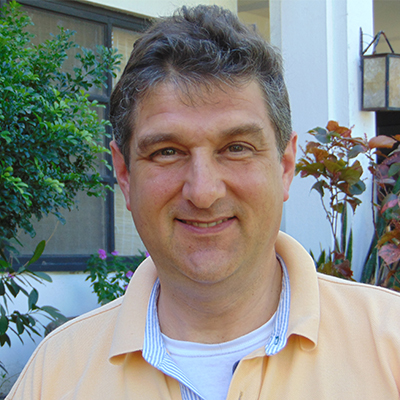