Make A Donation Click Here >
Home › Getting comfortable with being uncomfortable 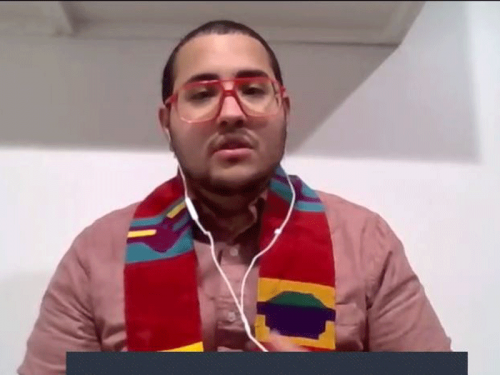 LOUISVILLE — The Rev. RJ Robles helped the Presbyterian Church (U.S.A.) commemorate World AIDS Day Wednesday by taking chapel service attendees on a mental journey back to the early 1980s, when some people labeled HIV/AIDS as the “gay cancer” and approached those who had the disease with fear and judgment.

“Growing up within a Puerto Rican context, anyone who had AIDS was automatically assumed that it was the person’s fault,” said Robles, an Afro-Latinx trans theologian who spoke during PC(USA)’s online service. “My family blamed the people who had AIDS for being ‘promiscuous.’ They were very judgmental about it.”

But the family received a reality check when they learned that a cousin had acquired the virus through heterosexual contact with a man who had failed to reveal his HIV-positive status to her.

“Nowadays, my extended family do not speak negatively about AIDS and HIV because guess what? They were forced to get comfortable being uncomfortable,” said Robles, a Christian Church (Disciples of Christ) minister. “HIV had become a part of our family.”

Reducing the stigma around HIV/AIDS is one of the goals of World AIDS Day, which the Rev. Shanea Leonard has said should be observed by everyone who cares about the suffering of others.

World AIDS Day “is a day to remember that this is still an epidemic that affects millions worldwide,” said Leonard, Coordinator for Gender & Racial Justice for the PC(USA). “We pause to recognize this global pandemic that is no longer always a death sentence, and we are grateful for that.”

This also is a day “to remember those who we’ve lost along the way,” Leonard said. 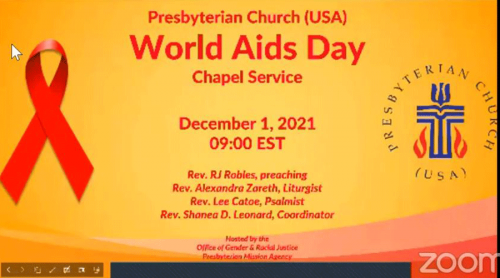 Around the globe, more than 36 million people have died from AIDS-related illnesses since the start of the epidemic, according to UNAIDS. The next decade could see 7.7 million AIDS-related deaths if discrimination and inequalities aren’t addressed, UNAIDS and the World Health Organization have cautioned.

HIV has a disproportionate impact on certain populations, including gay men, and Leonard thinks much of the stigma around AIDS and HIV comes from bigotry against the LGBTQIA community. 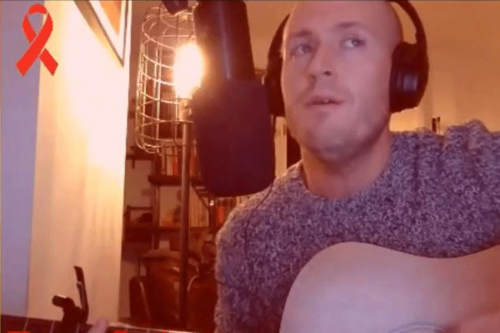 The Rev. Lee Catoe, a co-host of “A Matter of Faith: A Presby Podcast,” sang and played the guitar during the service. (Screenshot)

Later, during the sermon, Robles read from Colossians 3:9-16, which provides guidance for how to treat each other.

“As God’s chosen ones, holy and beloved, clothe yourselves with compassion, kindness, humility, meekness, and patience,” verse 12 says. “Bear with one another and, if anyone has a complaint against another, forgive each other; just as the Lord has forgiven you, so you also must forgive. Above all, clothe yourselves with love, which binds everything together in perfect harmony. And let the peace of Christ rule in your hearts, to which indeed you were called in one body. And be thankful.”