Register today for the June 23 (2pm EDT) online Matthew 25 event that will look at hunger and food insecurities.
Make A Donation Click Here >
Home › From rooms to Zooms

A story of one congregation’s technological transformation during the pandemic

by the Rev. Daniel Ervin | Special to Presbyterian News Service 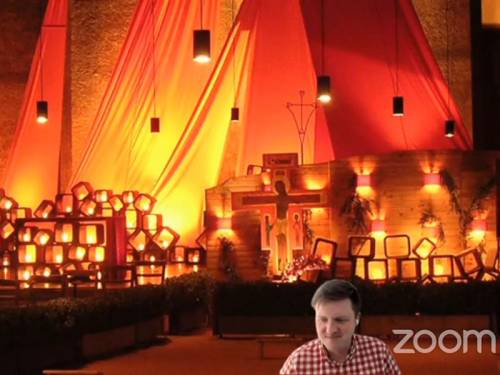 WOOD RIVER, Illinois — On Sunday at 10:15 a.m., we gathered for worship in the Sanctuary of LoveJoy United Presbyterian Church. It was one of the first beautiful spring weekends of the year. The church service was entirely ordinary, save that I asked the congregation to refrain from shaking hands during the passing of the peace. It was March 8, 2020, and it was the last time that we would worship together in the sanctuary for more than a year.

For weeks, we had heard the growing rumble of a new coronavirus spreading stealthily around the world. But it only felt imminent to me when the Presbytery of Giddings-Lovejoy sent an emergency notice recommending that congregations suspend all church activities immediately, beginning March 15. In the Presbyterian Church (U.S.A.), only an individual church’s session can suspend worship; therefore, I called for an emergency session meeting, resulting in the unprecedented decision to move worship to a little-known software called Zoom.

I was first introduced to Zoom a few years earlier by our presbytery, which had adopted it to help overcome the distance barrier between congregations farther from St. Louis. Honestly, I think it was a good selling point to get new pastors on presbytery committees, considering it saved me an hour and a half round trip commute a couple of times a month. But I never envisioned its usefulness to ministry until I received an invitation to participate in a Zoom meeting with the Rev. Bruce Reyes-Chow on using Zoom as a platform for ministry during COVID-19.

Reyes-Chow, moderator of the 218th General Assembly of the PC(U.S.A.) and pastor of First Presbyterian Church in Palo Alto, California, has been a vocal advocate for online ministry efforts. Many churches, he acknowledged, would begin livestreaming their worship services. Livestreaming is the equivalent of watching a church service on television where there is a direct feed from the church, but there is no live interaction with the speaker or other viewers. While this can look and feel remarkably professional, Reyes-Chow convinced me that online worship could be so much more than passively watching a computer screen.

We found that Zoom could help us sustain active participation in community life together. Zoom also enabled homebound members and those who had moved away to participate in worship for the first time in what may have been years. Even those whose most sophisticated technological device was the corded telephone in their living room could still call in, listen and offer prayers during worship. We built a small team of “Tech Deacons” who ventured out to troubleshoot cranky computers and make purchase recommendations to get more people connected to the church from their homes. 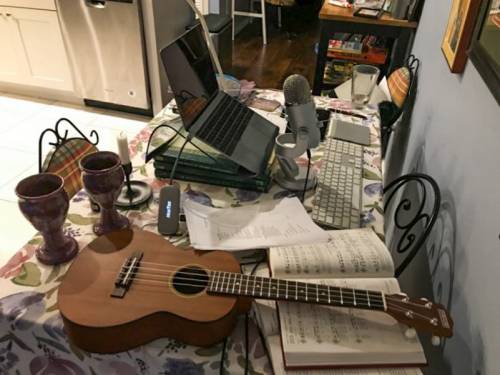 My first home Zoom setup (what some preachers would begin to call their “Zoom battle stations”) was a chore to untangle, connect and use each week. Saturday nights, I would pull my dining table out from the wall into the middle of the kitchen and decide which area of the house I wanted the congregation to see and, consequently, which part of the house I would clean that night. We had considered early on the possibility of me Zooming from the church sanctuary, but that would have required more technology, volunteers and energy than we could muster in the early months of the pandemic when our lives were stretched so thin. But I grew to appreciate the intimacy of connecting from our homes — a 21st-century riff on the first-century house church.

Never knowing when this pandemic would end but knowing that it would be a slow and gradual process, we did begin to imagine a worship service where some people could gather in the sanctuary while others would gather online. The gifts we have received from being connected more deeply with homebound members are too great, frankly, to stop the online component of worship.

Even as I led worship from my home, week after week, we were laying the foundation for the future of our worship. A group of five or six men ran internet cabling through the ceiling from my office to the sanctuary. We received a $2,000 technology grant from the presbytery, which enabled us to purchase a powerful media laptop and a high-quality camera. After learning that music on Zoom has significant limitations, we began inviting individual singers to record videos of hymns ahead of time for worship.

Our technology, though it was feeble and finicky at first, was slowly coming together. We received the benefits of this new technology in 2020 most fully during one service of baptism and several funerals, all of which are important moments for the whole church, but particularly for a family in the church. We did not want to discourage families from celebrating these occasions, but neither could we welcome all the people who would ordinarily attend them. This hybrid technology allowed us to safely accommodate a family unit for an in-person baptism or a funeral while still reaching many more participants online. These services became a template for the hybrid services we are now holding.

In February 2021, COVID positivity numbers began to decrease significantly in our community. Our session and worship committee set Palm Sunday, March 28, to be the first Sunday of hybrid worship, provided that COVID cases in our community remained low. Our vision was to include up to 50 masked and socially distanced people in the sanctuary, while also continuing to engage those online as deeply as we had before. Rather than leading from the sanctuary, many of our lectors and liturgists are reading Scripture from their homes over Zoom. Furthermore, we use the passing of the peace (still no handshakes!) to keep active the connection between our congregation gathered and our congregation scattered over Zoom. I have been moved to tears when we have gathered around the communion table, coffee tables, end tables and kitchen tables and we break bread together, still faithful as Christ’s body during this unprecedented time. 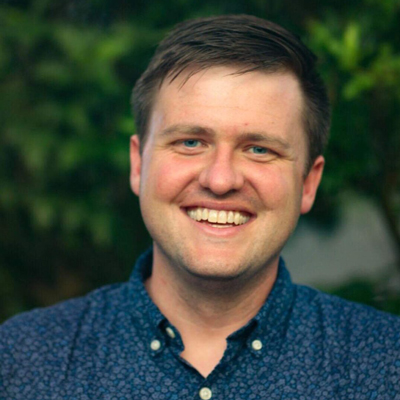 The Rev. Daniel Ervin is the first full-time pastor of LoveJoy United Presbyterian Church, 2550 E. Rock Hill Road in Wood River, Illinois, having come to the call in October 2017. Ervin was raised Presbyterian and grew up attending the church his ancestors had been part of since the 1700s. He earned a Bachelor of Social Work with a minor in Spanish at North Carolina State University in Raleigh, and Master of Divinity and a Master of Theology degrees at Union Presbyterian Seminary in Richmond, Virginia. He previously served as resident minister at First Presbyterian Church in Ann Arbor, Michigan.