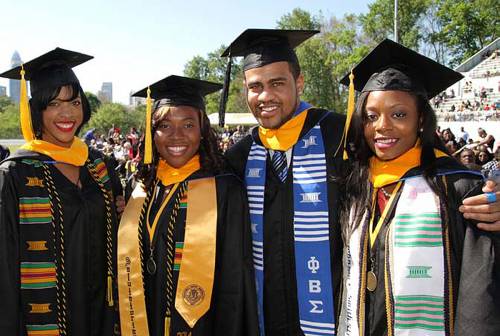 LOUISVILLE ­– High incarceration rates, widespread unemployment and low educational attainment among African-American young men have led some observers to call them a “lost generation.” However, the Rev. Mary Susan Pisano rejects this description.

“I don’t believe anybody is lost,” says Pisano, co-moderator of Western Reserve Presbytery’s Race Action Network. “If they are lost, we have done it to them. They are not lost unless we leave them by the wayside.”

Pisano and the network’s other co-moderator, Ajah Hales, facilitate their presbytery’s involvement in Freedom Rising, a Presbyterian Church (U.S.A.) initiative to “address and improve the worsening plight of the African American male.” The 222nd General Assembly (2016), which approved the effort, designated Baltimore, Charlotte, Cleveland, New York and Pittsburgh as pilot cities.

Hales explains there are many budding African American entrepreneurs who could strengthen communities and create jobs, but they often lack networks and opportunities to sustain and grow their businesses. “One of the ways we would like to impact Cleveland is to connect Presbyterians to low-income business owners to help sustain and support these businesses,” she says.

Pisano says she would like to see Freedom Rising help ex-offenders successfully re-enter society.  Lack of job opportunities often sends them to homeless shelters or back to a life of crime, she says.

The General Assembly set a $5 million fundraising goal for Freedom Rising. It invited congregations and mid councils to devote a portion of the Peace & Global Witness Offering they retain to Freedom Rising. Congregations keep 25 percent of the offering for local peacemaking ministries, 25 percent goes to their mid councils for similar efforts on the regional level, and 50 percent funds the PC(USA)’s national and international peacemaking ministries. Most congregations receive the offering on World Communion Sunday, which this year falls on Oct. 1.

In Pittsburgh Presbytery, Freedom Rising is focusing on mentoring and leadership development programs for African-American boys and young men. “We will work with African-American males as early as the third grade in cohorts and stay with them through high school and beyond, helping them to focus on education and talking with them about leadership and talking with them about the church,” says Freedom Rising leader the Rev. Johnnie Monroe, retired pastor of Grace Memorial Presbyterian Church in Pittsburgh. “We want to develop leaders for the community, for the country and for the church.”

Monroe says the presbytery will implement congregationally based programs, but he also envisions the presbytery partnering with nonprofit groups.  Various sectors of society need to work together to change attitudes, he stresses.

“Sometimes there is a belief that children who come from poor homes can’t learn,” Monroe says.  “We are facing that in the church and in the schools. We are going to have to wrestle with that problem to turn that kind of thinking around.”

In Charlotte, the presbytery is approaching Freedom Rising drawing on the groundwork it has laid through its Dismantling Racism training sessions, says the Rev. Betty Meadows, Charlotte Presbytery’s transitional general presbyter.

The presbytery has offered the training twice, and more than 50 pastors and approximately 40 ruling elders have attended one of the sessions. A third training session will be held next month.

Meadows calls the sessions, which include an equal number of black and white participants,  “a profound two days” that emphasize the importance of working together to bridge the racial divide. “We together need to live differently with each other,” she stresses. “We together need to help change our society not just with our words but with our actions.”

The presbytery is still determining its precise focus for Freedom Rising, but she expects it will partner with black fraternities and/or nonprofits whose missions are consistent with the goals of Freedom Rising. She adds that the relatively large black Presbyterian presence in Charlotte will be a huge asset to its Freedom Rising work. Of the presbytery’s 101 congregations, 27 are predominately African American.

Like Charlotte, Baltimore Presbytery is also still considering its specific emphasis for Freedom Rising.  Baltimore’s racial divide, often referred to as the “Two Baltimores,” was made all the more visible in the death of Freddie Gray Jr. in 2015 and the ensuing uprisings.  Gray died of spinal cord injuries while in police custody, and none of the six police officers who were charged in connection with his death were convicted. Since then, the presbytery has formed the “Apostles of Reconciliation” which has begun identifying potential partnerships under the Freedom Rising initiative.

Ending mass incarceration is another priority for Freedom Rising in New York. It has supported a campaign to close Rikers Island, one of the world’s largest jail complexes. The goal is to reduce “the jail population from 9,500 to 5,000 and transferring to smaller jails within the borough communities,” says Dave Ehlke, a member of the presbytery’s Committee on Witness to Society and the World.

“Eighty-nine percent of those who are incarcerated are black or brown, and 80 percent are pre-trial people who are too poor to post bail,”  he notes.  Freedom Rising in New York advocates for the reform of bail procedures and for speedier trials. For those accused of nonviolent crimes, the group wants to see expanded use of pre-trial diversions, where people complete a program of supervision rather than face prosecution.

A downloadable bulletin insert about Freedom Rising is available to help congregations and mid councils promote the initiative.  Individuals may make gifts to Freedom Rising through the Presbyterian Foundation.