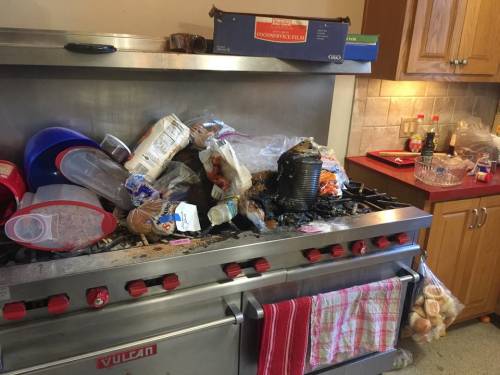 Debris piled on the burners in the kitchen of St. Stephen Presbyterian Church in Fort Worth, Texas. (Photo provided)

LOUISVILLE – In an apparent random act of violence, the education wing of St. Stephen Presbyterian Church in Fort Worth, Texas was extensively vandalized last Saturday evening, January 7. Officials believe the vandals gained entry to the building by breaking windows around 8:00pm and then continued their rampage until 4:20am Sunday when a church steward arrived and startled them away.

The Rev. Fritz Ritsch, St. Stephen pastor, says he can’t discern a motive for the crime other than general destruction. Although the vandals wrote “ISIS” on a wall—using markers taken from the Christian Education office—Ritsch and authorities believe this writing was a diversionary tactic and that the vandalism is not terrorism related. No other writing, either racially motivated or directed at the LGBT community—as has been the case with other recent acts of church vandalism—was found.

Shortly after meeting with insurance adjusters, Ritsch says he is still baffled by the extent and intent of the destruction. Damages include many broken leaded glass windows on the first floor, windows on the second floor broken from the inside, art supplies sprayed and splattered across walls and floors, ransacked piles of church materials in education rooms and in stairwells, and fires set in the main first floor kitchen and smaller second floor kitchen. 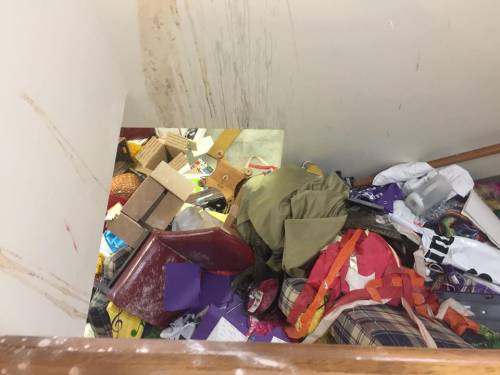 Piles of material in the stairwell. (Photo provided)

The portrait of the pastor “of beloved memory,” the Rev. R. W. Jablonowski, who oversaw the building of St. Stephen at its current location, was ripped in half and placed in one of the piles, which authorities believe the vandals had also intended to set on fire. Ritsch says an art restorer assured him the portrait can be repaired to its original state.

According to Ritsch, if it were not for the actions of Eduardo Calderon—a ruling elder at the church, an engineer and chairman of the property committee—the blazes set to piles of debris on top of the first floor kitchen range and on the counter of the second story kitchen may have consumed the building.

Calderon had recently completed a project to modernize the church’s engineering plant. He awoke at 4:00am Sunday to see if the heat had come on as part of this update. When he noticed a “glitch” in the heating system, and at the same time saw the security cameras were off, he decided to go to the church and check on these items.

When he arrived at the church, he caught one of the vandals who had loaded some of the church’s equipment onto a cart in a possible effort to transport it to a getaway car. The vandal ran off and Calderon made pursuit in his car until the vandal ran into the woods. Returning to the church, Calderon first noticed and extinguished the fires before alerting authorities and church staff of the break-in.

“Eduardo should be considered a national Presbyterian hero today,” says Ritsch of Calderon’s actions. Calderon is now leading the clean-up and restoration efforts for the church.

In speaking with a rabbi friend, Ritsch says the duo wondered if the current political climate—“that seems to condone violence as an acceptable way to act”—played a part in the vandalism. “Maybe this is a symptom of that,” he says.

Though the church has no timeline for the restoration, they are continuing with ministries, and adapting where necessary. Because of the damage and the ongoing investigation, St. Stephen canceled services Sunday morning. Yet, at 3:00pm the same day, over 300 people gathered in the undamaged sanctuary for a service of solidarity.

The church’s “Room at the Inn” overnight shelter for homeless persons was moved from the education wing to the sanctuary and will hopefully continue to operate in this way. The twice-weekly day school may need to relocate as the only appropriate space for it was in the education wing.

Support has poured in from the community and Grace Presbytery is seeking a $7,500 grant from Presbyterian Disaster Assistance for the restoration efforts. The presbytery and church have both established funds where individuals can donate to the effort.

“One of the things that’s been amazing is the community response and the ecumenical response,” says Ritsch. “The respect for St. Stephen, and the love the community has for St. Stephen, has been tremendous. We’re a beautiful, majestic church—a Southwestern basilica. People view this church as a sort of Fort Worth landmark and [the vandalism] hit people in the heart.” 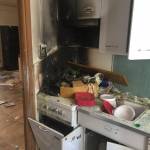 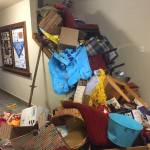 Piles of materials in the stairwell. 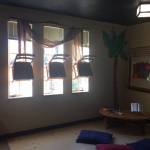 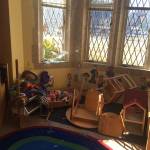 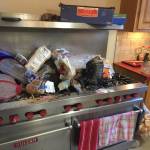 Debris piled on the burners in the kitchen of St. Stephen Presbyterian Church in Fort Worth, Texas. (Photo provided) 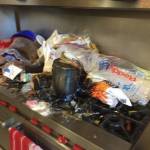 An attempt to set the building on fire was thwarted by church steward Eduardo Calderon. 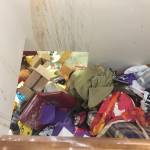 Piles of material in the stairwell. (Photo provided) 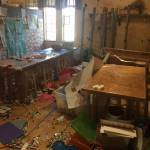