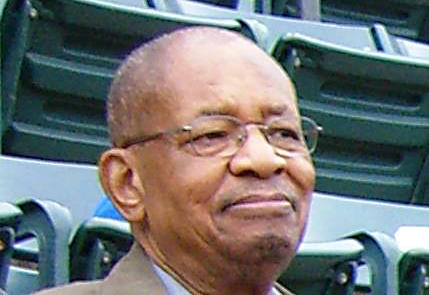 Rhodes, who was born on April 17, 1933, in Lucy, Tennessee, grew up in Memphis as one of eight children. After serving in the United States Army, he worked for the United States Postal Service for six years before entering Norfolk State University, from which he graduated with a B.A. in psychology.

A Rockefeller Foundation grant enabled Rhodes to attend Princeton Theological Seminary, where, while earning his M.Div., he met Freda Gardner, Moderator of the 211th General Assembly, who named him Vice Moderator in Fort Worth in 1999. He received the honorary degree of Doctor of Humane Letters from the historically racial-ethnic PC(USA)-related colleges, Mary Holmes College, West Point, Mississippi, and Stillman College, Tuscaloosa, Alabama.

Ordained as a teaching elder in 1968, Rhodes began his parish ministry as an assistant pastor in Rochester, New York. After serving several other congregations, he began his ministry as a presbytery staff member in 1984. His service as a mid-council leader included the positions of program associate for the Black Program Advisory Unit of Chicago Presbytery, associate executive presbyter for Ethnic and Urban Concerns for the Presbytery of Greater Atlanta, and interim executive/stated clerk of the Synod of South Atlantic. He also served the PC(USA) national offices as interim associate director of the Higher Education Program Area of the former National Ministries Division.

“He was a man of deep faith, compassion and commitment who had absolutely no patience with injustice,” said the Rev. Curtis A. Kearns, former director of the PC(USA)’s National Ministries Division and an honorably retired member of National Capital Presbytery who was Rhodes’s seminary classmate at Princeton. “Rest in peace, servant of Christ. Your spirit is an inspiration to us all.”

For six years, Rhodes was a member of the General Assembly Council, a predecessor of the Presbyterian Mission Agency. He was also an adjunct professor at the Interdenominational Theological Center in Atlanta. Rhodes was also active throughout his ministry in a number of community and religious organizations seeking the empowerment of people of their communities, including Atlantans Building Leadership for Empowerment (A.B.L.E.)