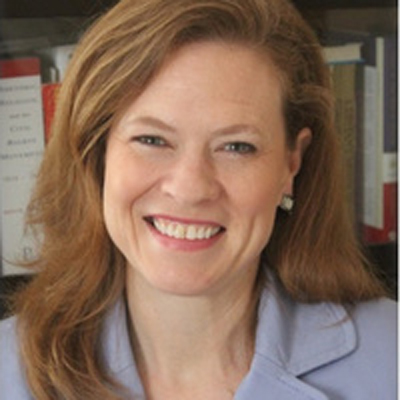 LOUISVILLE — John Calvin and Martin Luther come to mind for many Presbyterians as heroes of the Reformation. But women also played significant roles, and thanks to a new six-part series from Theocademy, their stories have become more accessible.

The Rev. Dr. Lee Hinson-Hasty had only to ask his wife, the Rev. Dr. Elizabeth Hinson-Hasty, to talk about the new series, which she helped produce alongside, among others, Beth Olker of the Presbyterian Mission Agency’s Racial Equity & Women’s Intercultural Ministries and the Rev. Landon Whitsitt, vice-moderator of the 219th General Assembly (2010) and the former executive of the Synod of Mid-America who’s returned to parish ministry at Westminster Presbyterian Church in Oklahoma City.

Elizabeth Hinson-Hasty discussed the “Expanding the Narrative: Women and the Reformation” project with her husband Wednesday as part of the Presbyterian Foundation’s Theological Education Fund regular Facebook Live broadcast. 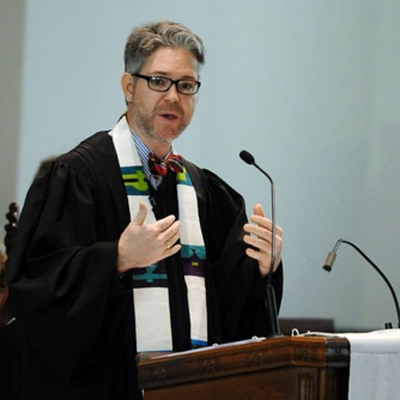 It was after filming a series of talks, followed by question-and-answer sessions, that Whitsitt, the project’s videographer, “sidled up to me and said, ‘I think these cameos, these conversations, need to be the centerpiece of these videos,’” Elizabeth Hinson-Hasty said. The titles of the videos, which are around 25 minutes each, are taken from some of those comments and questions: “Neglected Stories,” “Beyond Calvin,” “Reforming Movements,” “Finding Our Voice,” “Transforming Identity” and “Loving Justice.”

“Beyond Calvin,” the second installment, is designed as a confirmation resource, said Elizabeth Hinson-Hasty, an author and professor of Theology at Bellarmine University in Louisville, Kentucky.

It’s intended, she said, to “help another generation of Presbyterians understand the central cannon of the reformers, including Calvin and Luther, and to claim the women who played key roles.”

“Beyond Calvin” is peppered with stories about lesser-known reformers who were women. For example, Luther’s wife, Katharina von Bora, was, as one story has it, smuggled out of her convent in a fish barrel on Christmas Eve in 1523. Her ministry in the Black Cloister, the former Augustinian monastery where Martin Luther had lived as a friar, focused on welcoming refugees, and she was well-known for preparing delicious meals, particularly for brewing beer.

Dr. David D. Daniels III, who teaches Church History at McCormick Theological Seminary, said he teaches students to aim their study of the Reformation broadly, including outside of Europe.

One person they study is Mary Phyllis, a woman of African descent born around 1577. She relocated at about age 10 to London, where she worked in the household of a seamstress. As she learned the trade, she told her employer she also wanted to learn more about Christianity. She did just that, and soon announced she’d like to be baptized. Her employer asked the local rector, who interviewed the girl, found she “had a good knowledge of the faith,” according to Daniels, got baptized, “and became a lively member of the congregation — whatever that means.”

The Rev. Carmen Rosario, pastor of the First Spanish Presbyterian Church of Brooklyn, discussed the alumbrados (“illuminated” or “enlightened”) movement in Spain during the 16th and 17th centuries. Women would meet in small groups to read and interpret the Bible. By the time Calvin’s and Luther’s teaching reached Spain, “they found already fertile soil,” she said, despite the brutality of the Inquisition.

Sadly, she said, much of what we know about women involved in the alumbrados movement comes from their Inquisition trials. Some of the women were burned at the stake. “They were young, very intelligent women,” she said. “That’s very powerful for me.”

The series is also intended to help viewers see “beyond the gender binary,” Elizabeth Hinson-Hasty said. The fifth video, “Transforming Identity,” focuses on faith “as an embodied practice and explores ways gender, race, ethnicity, sexual orientation and social class relate to belief and your understanding of Christian vocation,” according to its description. “Significant themes and concepts introduced in this video include intersectionality and thinking beyond the male/female gender binary.”

Asked to name the date she believes the Reformation began — traditionally it’s Oct. 31, 1517, when legend has it that Luther hammered his 95 theses on the door of the Castle Church in Wittenberg, Germany — Elizabeth Hinson-Hasty said for her it’s 1920, when women in the U.S. finally secured the right to vote.

That 100-year anniversary of that hard-won right has been celebrated all year in 2020, she noted.

“Think about all the people it has taken during the last 100 years to struggle to have their vote count,” she said. “That’s an incredibly important date for me.”