…be led forth in peace. (Isaiah 55:12). Support to the Peace & Global Witness Offering.
Make A Donation Click Here >
Home › Ecumenical leaders: Be wary of the Marcos dynasty 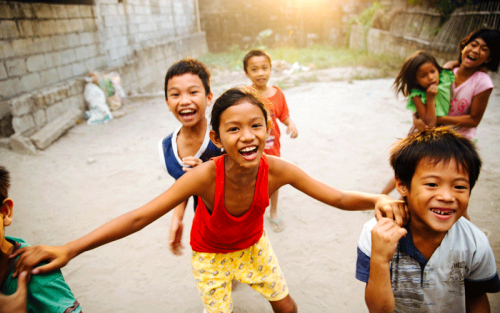 Photo by Avel Chuklanov via Unsplash

LOUISVILLE — During a Tuesday evening webinar, two bishops — one retired from the United Methodist Church, one Episcopal — used their lived experience under martial law enacted by former Philippines President Ferdinand Marcos to urge viewers to be wary of what Marcos’ son, BongBong Marcos, the nation’s 17th president, could bring about for the nation of nearly 116 million people.

The webinar, the second of six planned by the International Coalition for Human Rights in the Philippines-U.S. Chapter, was called “The Church in the Struggle Against the Marcos Dynasty.” The Presbyterian Church (U.S.A.), together with Church & Society and Global Ministries, were among the co-sponsors.

Next month marks the 50th anniversary of martial law as enacted by Ferdinand Marcos, noted Stone, who’s traveled to the Philippines five times, most recently in June. Elected alongside Bongbong Marcos this spring was Sara Duterte, the daughter of the outgoing president, Rodrigo R. Duterte. The new president has been invited to come to the U.S. this fall and will speak to the United Nations.

“We are already seeing oppression in the new administration,” Stone said. “Those of us in the United States need to realize the U.S. plays a role” in, among other policies, providing military aid. Since 2016, the U.S. has given more than half a billion dollars to the armed forces and national police in the Philippines, according to Stone.

Toquero called his talk “Ministry in the Context of Repression During the Time Marcos.” 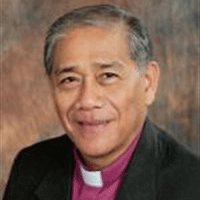 Toquero said Filipinos have inherited “the trinity of evil”: feudalism, fascism and U.S. neocolonialism. He traced Filipino history back to September 1972, when Ferdinand Marcos declared martial law, closing the nation’s Congress and arresting opponents and demonstrators.

However, ministry still occurred under martial law, Toquero said. Liturgy, music and Bible study went on, as did consciousness-raising and the organizing of students and farmers.

“We continue to minister, but there’s still repression in the barrios,” Toquero said. “We need to be vigilant in our work as church people so that truth will prevail.”

Alminaza was born and raised in the Philippines’ Negros Occidental, the “Sugar Bowl” of the nation. But famine during martial law was among the nation’s worst in history, he said, affecting one million people, or more than one-third of the province’s population.

Pope John Paul II visited the province in 1981, where he addressed sugar workers. “The Holy Father delivered a clear statement on where the church stands on justice,” Alminaza said, quoting from the pope’s speech that day: “The church will not hesitate to take up the cause of the poor and to become the voice of those who are not listened to when they speak up — not to demand charity but to ask for justice. Yes, the preference for the poor is a Christian preference.” 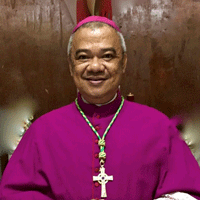 The Most Rev. Gerardo Alminaza

Alminaza touched on important human rights abuses including the 1983 arrest of the Negros Nine, whom he said were wrongly accused of killing a municipal mayor and his companions. “It was a global embarrassment for the Marcos regime,” Alminaza said, and a court ordered their release 14 months later. Thirty years after that, the surviving members received what Alminaza called “a modest amount” of compensation: 880,000 Philippine pesos, or nearly $16,000 in today’s dollars.

“It could never make up for what happened to them,” Alminaza said, “but the wrongs of the past need to be acknowledged and compensated.”

While “our mission and our struggle” for truth, justice, peace and democracy continues, it’s “clear there is still work to be done,” Alminaza said. Filipinos continue to face joblessness, hunger, “widespread and systematic killings,” and harassment, Alminaza said.

“More than ever, concrete support from the faith communities is urgent and very much needed,” Alminaza said. “Together we can face the travails of this era with the crucified and risen Lord among us.”