LOUISVILLE — Following the Rev. Dr. J. Herbert Nelson, II’s address to Synod School Thursday evening, he and Ruling Elder Elona Street-Stewart, co-moderator of the 224th General Assembly (2020), held an engaging chat in front of more than 80 of the 330 or so people who attended this year’s Synod School via Zoom and Facebook.

Synod School is put on each year by the Synod of Lakes and Prairies, which Street-Stewart serves as executive. For the most part during Thursday’s discussion, Street-Stewart asked questions and Nelson, Stated Clerk of the General Assembly of the Presbyterian Church (U.S.A.), answered them. 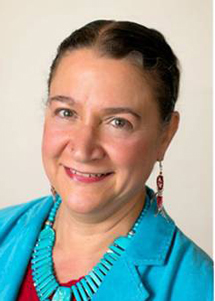 She did, however, touch on a couple of matters, saying she and co-moderator the Rev. Gregory Bentley are considering a book that can be read denomination-wide to help Presbyterians learn more about how and why financial assets are distributed the way they are, both among individuals and communities. “We aren’t ready to announce yet” which book will be selected, she said. “Several have been recommended to us.”

Asked to talk a little about her faith journey, Street-Stewart described being raised as a Seventh-day Adventist. “When we prayed, we prayed a lot,” she said, for the nation’s leaders, for people looking for a job or who wanted to purchase a home in a neighborhood that didn’t want them living there. “We mourned and shed tears over the assassinations that came over and over” during the 1960s, “and we are re-living that now every time a person of color is killed.”

Even as a girl, “things were happening in the world we knew weren’t right,” she said.

After college, where she realized “that going to chapel alone and studying world religion was not connecting me to the Latino community right outside my dorm,” Street-Stewart moved into a neighborhood “where very few people spoke English. It was there I realized that if I am going to be a Christian in the world, I can’t be in a gated community” that’s part of an educational institution.

“That still motivates me today,” she said. “As church institutions, we surround ourselves with people who look like us and sound like us. I had to leave that, because that’s where real life had to be lived. I still see those very much as part of my spiritual practices today.” 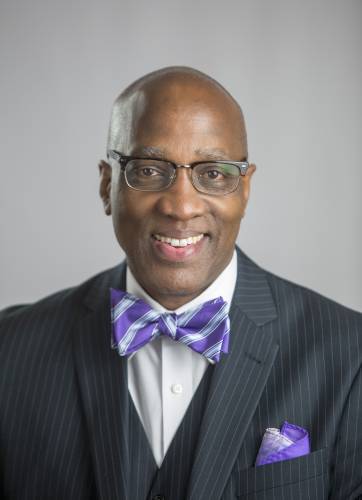 Nelson, too, talked about the faith of his upbringing.

“My parents taught me that faith is not what we desire,” he said. “It is giving ourselves over to and asking the Lord, ‘What do you want of us? We are here to make the world a better place.’”

He grew up in a manse. His mother was “very active in the church,” both locally and nationally. His father’s ministry “prepared me to understand that I don’t control anything.” Presbyterians may talk about “what we want to do with our denomination,” but it’s God who designs a new plan when the plans created by human beings — or even churches — change or aren’t possible.

“I really believe our calling is to service,” he said, but sometimes “other things get in the way.”

“We have to remember that the life we have is a gift from God, and it’s supposed to be used for the purpose of God in the world God has given us,” he said. “We have a tendency to give what’s left rather than what we can give.”

Asked by Street-Stewart to identify how General Assembly policies can become transformative, Nelson said he heard “a lot of complaints about the assembly out of the fact that we didn’t do justice policies. If we don’t have another piece of policy, we still have enough,” he said. “We are not policy poor. We have enough policy to do whatever we want to do.”

At the invitation of the state chapter of the NAACP, Nelson said he’s supporting efforts to free an elderly man in North Carolina whom advocates say has been incarcerated unjustly for decades.

“I don’t have to go to a policy book to figure this out,” Nelson said. “An unjust incarceration has to be met with mercy. How do we restore the person after he gets out of prison? If people want to fight over commas and periods in policies, it’s just a waste of time. We are not a church that needs policy and permission to do things. We need to do the work on the ground.”

“The permission was given by God a long time ago to do what’s right.”