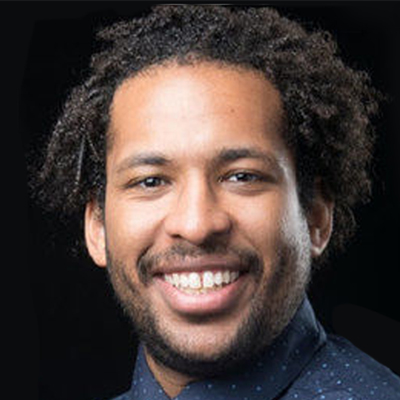 LOUISVILLE — What started off as an initiative of the adult Sunday school class at First Presbyterian Church in Morgantown, West Virginia, has grown to a wider community-based effort now called Dismantling Racism Together.

During a session last week, a group of about 30 people, including several from the church, heard from someone who dismantles racism as part of his work — J. Spenser Darden, director of Diversity Initiatives and Community Engagement at West Virginia University.

“Disruptors are seen as negative,” Darden said early on in their online session together. “But by not disrupting, you’re serving as the problem.”

Power and privileged are framed through social norms, and Darden had this example: most of us were taught to keep our elbows off the table while dining. Why? When the group’s only answer was, “Because mom said so,” Darden said he’d looked it up. The real reason goes back to the early days of furniture-making in England, which produced dinner tables far ricketier than the sturdy tables built today. “People were knocking tables over just by putting their elbows on them,” he said. Mom’s admonition became a social norm, which he said are “unexamined, unplanned” rules “that we learn and then perpetuate. We don’t think about who sets the norms, who benefits and what happens when we don’t follow them.”

Governments, churches, educational institutions and others “teach us how to act and how to respond, which in turn become social norms,” Darden said. Some norms are justifications, such as thinking that I have worked hard and deserve everything I have. “Few people would say they didn’t work hard and had things handed to them,” he said. “But there are certain things whiteness gives access to,” including voting and land ownership. “My being a man,” he said, “is one of my most salient privileges.”

“Privilege doesn’t mean it wasn’t hard,” he added, “but it’s only held by certain identities, and the categories can be fluid,” such as wealth or religion.

Oppression is both overt — such as the Ku Klux Klan — or covert, “so subtle it’s not readily obvious, even to the intended target,” he said. Consider the Color Run, a religious and cultural holiday that began in India as a response to that nation’s strict caste system.

When celebrating the Color Run made its way to the United States, “we decided we would run a 5K, charge people $35 and donate it to charity,” he said. “It devalues the culture.”

While acts of overt oppression are becoming increasingly illegal, covert oppression, including what Darden called “the myth of meritocracy” and the ideas of American exceptionalism and America as a melting pot, remain. “But I’m a good person. People like me,” we might say, according to Darden. “You can be a good person who has done racist, sexist and ableist things.”

After briefly tracing the history of enslaved people and indentured servants in the American Colonies —including Bacon’s Rebellion, which occurred in Virginia in 1675-76 — Darden noted that recognized status began shifting in England and later in the Colonies from being Christian to being white, “a category of mattering in society,” Darden said. “Whiteness is the people that society recognizes as society.”

Eventually, just about everything — including housing, healthcare, religion, education, capitalism, music, wealth, the legal system, policing and employment among them — “are all watered with racist ideas,” he said. “We have to repent and nurture in a new way.”