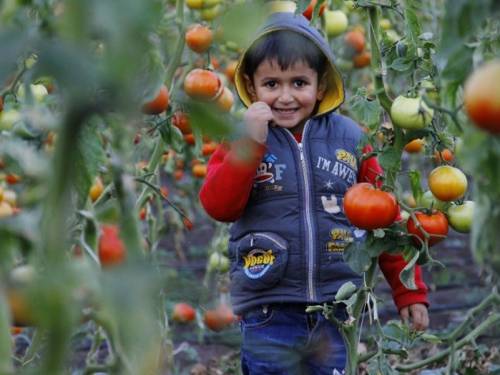 A family greenhouse business was begun in Armenia with a Jinishian Memorial Foundation microloan. (Contributed photo)

LOUISVILLE — A young family in a remote region of Armenia runs a fruitful greenhouse business, a venture made possible through a microloan and coaching program offered by the Jinishian Memorial Foundation’s Youth Business Project for underserved youth otherwise ineligible for any loan. The project is motivating young people feeling stuck in generational poverty to realize their dream of owning a business to support their families.

“When you think of Armenia, what do you think of?” asked Dr. Tamar Wasoian, who served on the Jinishian Memorial Program Board in Aleppo, Syria. Her grandparents escaped the Armenian genocide, a massacre of 1.5 million Armenians and displacement of 1 million more that began on April 24, 1915 and continued until the 1920s.

Wasoian, a 2016 Presbyterian Church (U.S.A.) International Peacemaker who serves as a member of the PC(USA)’s Syria-Lebanon Partnership Network and Middle East Task Force, said when most people think of Armenia, they think of the Kardashians, Cher and Noah’s Ark.

A view of the peaks of Mount Ararat (Courtesy of iStock)

“I’d like them to know more,” Wasoian said. “We have so many firsts in our history. Well, obviously we had the first vineyard that Noah planted after the flood. We are the first people to accept Christianity as a state religion [301 AD]. Armenia was the first state to break away from the Soviet Union [Sept. 21, 1991].

“We also have a sad first in our history,” she said. “We experienced the first genocide of the 20th century. Our history has highs and lows, but we are people who are strong-willed and hard working.”

“Just a few months ago, we lived our ‘velvet revolution.’ This was one of, if not the only, successful revolutions in the region,” she said, referring to a series of nonviolent protests and marches in Armenia in late April and early May 2018. This peaceful revolution resulted in the election of Nikol Pashinyan as Prime Minister by the National Assembly of the Republic of Armenia.

As of Jan. 1, the population of Armenia is nearly 3 million. More than 98 percent identify ethnically as Armenian.

“Our nation is immersed in history,” Wasoian said. “There is no place you can turn and not realize the connection we have with our history and heritage. The accomplishment of revolution in such positive terms adds to our pride and doubles our responsibilities in building our nation.”

“From the vulnerable child to the most courageous survivor, God is lifting up the afflicted in Armenia and the Middle East,” said Eliza Minasyan, executive director of the Jinishian Memorial Program. “Relief, development and spiritual uplift projects of JMP in seven countries are helping those who struggle understand they are not alone.” 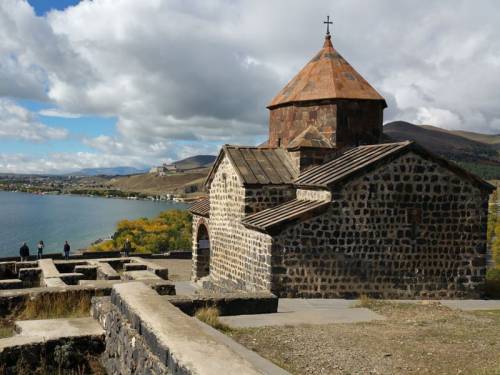 Sevanavank, a monastery overlooking Lake Sevan,  has been called “The Jewel of Armenia.” It’s one of the largest freshwater high-altitude lakes in the world. (Contributed photo)

Minasyan said, “Anytime we host visitors, this builds trust and lends credibility to our domestic efforts. Each site feels so honored to host and feels that Jinishian people really care. They gain energy from visitors. Otherwise, the country is quite isolated.”

With more than a 50-year legacy of service, established by Vartan Jinishian in memory of his parents in 1966, Jinishian Memorial Program ministries reach more than 65,000 Armenians each year in Syria, Lebanon, Armenia, Istanbul, Jerusalem, Georgia and Artsakh.

Discover Armenia study tour
The Jinishian Memorial Program is hosting a mission trip to Armenia Oct. 1-10. Hosted by local JMP team members, the tour will include discussions with all ecumenical church partners, Presbyterian, Apostolic, Catholic and Evangelical. July 1 is the deadline to apply to participate in the study tour. If you have questions, contact JMP staff at jinishian@pcusa.org or 502-544-9294.