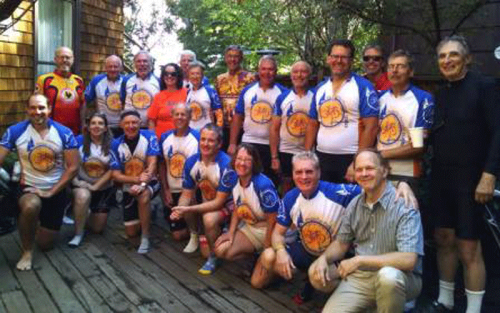 LOUISVILLE — During a virtual meeting on Thursday, the Presbyterian Hunger Program Advisory Committee heard about a variety of approaches that are being used by faith communities to address poverty and homelessness, from taking a group bike ride to paying off medical debt.

Advisory Committee member Frank Dew and others, including PHP staff, praised the efforts of the HAAs, who serve presbyteries as educators, motivators and facilitators of hunger action. “I’m just blown away by the variety of ministries and how creative all of you have been,” said Dew, a pastor serving as volunteer Peace and Justice Coordinator for Salem Presbytery in North Carolina. “It is so inspiring to hear the work you’re doing.” 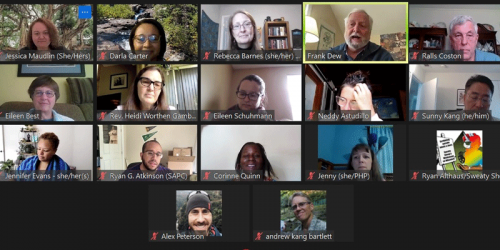 Corinne Quinn of the Presbytery of the Redwoods in northern California talked about the success of Pedal for Protein, a bike tour that raises money for food banks. In 2021, the longtime event generated more than $60,000, a record amount, Quinn said.

“We were blessed, even during the midst of the pandemic, to be able to garner support from our 47 churches in the Presbytery of the Redwoods and numerous people out in the community and some local businesses to raise that money, which then went on to eight food banks,” said Quinn, a ruling elder and deacon at First Presbyterian Church of Vallejo, California.

She went on to explain the importance of helping to purchase protein. “As you all know, protein is very expensive to purchase and has gotten even more expensive during the last two or three years, and so the protein that the food banks are able to buy is just really a blessing for the food bank and lessens their burden,” she said. “It also is something that is so necessary and so vital for the diets of those who receive it.”

Quinn also mentioned an international project that involved partnering with PHP by making a donation in support of a grant to help a central African group doing food security work.

Next, Ralls Coston of the Presbytery of Sheppards and Lapsley in Alabama highlighted two projects. The first was a Pentecost can campaign that set a record in 2021, he said. “Fifteen churches gave almost 33,000 cans of food.” 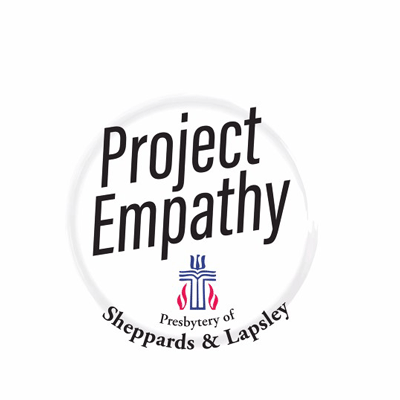 Project Empathy is a project of the church in the Presbytery of Sheppards and Lapsley that raised money to eliminate medical debt that burdens the poor in Alabama. The presbytery worked with RIP Medical Debt, which buys debt with donations and forgives the debt.

He also highlighted Project Empathy, which raised money to eliminate medical debt that burdens the poor in Alabama’s Black Belt.  The project was done in collaboration with RIP Medical Debt, which buys debts with donations and forgives the debts. More than $10 million worth of debt in nearly two dozen counties was eliminated as a result of Project Empathy.

The Rev. Ryan Althaus of the Presbytery of San Jose discussed a number of projects, including Common Roots Farm in Santa Cruz, California, where individuals with special needs live in community with one another. “The presbytery helped us set up a big 100-foot greenhouse for (vertical gardening) and hydroponics, which is great,” he said.

Althaus also mentioned a homeless garden project that enables homeless people to grow produce for the larger community; a sobriety house; a program in which recreational vehicles are parked on church lots to screen homeless people; and other endeavors, including his podcast, “The Kooky Side of Crazy,” which raises awareness about mental illness. 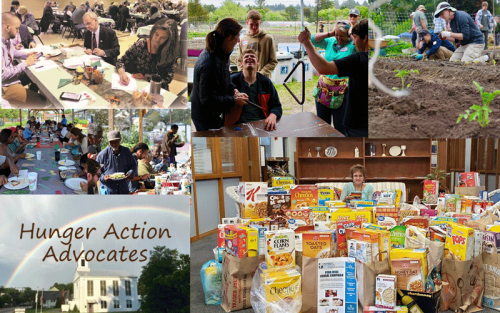 The Rev. Heidi Worthen Gamble of the Presbytery of the Pacific gave the final presentation. She discussed various ways that churches are working to address root causes of hunger and homelessness, particularly the lack of affordable housing.

Success stories include raising $200,000 for a Habitat project in Culver City, despite initial resistance from the city council about putting affordable housing on the posh west side of Los Angeles.

“Knowing how important it is to have integrated housing throughout Los Angeles County, we really took this on, and we broke through with the city council,” she said. “They’re now a leader in LA County as a city that cares about affordable housing.”

The Presbyterian Hunger Program is one of the Compassion, Peace and Justice ministries of the Presbyterian Mission Agency. Its work is made possible by your gifts to One Great Hour of Sharing.