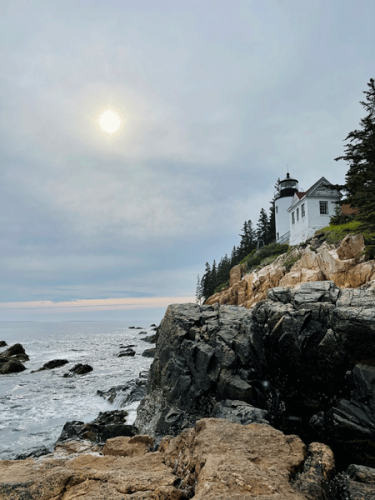 Photo by Daniel Vargas via Unsplash

LOUISVILLE — The Rev. Dr. Janet Adair Hansen is a pastor in the Presbyterian Church (U.S.A.) serving an interim ministry at a United Church of Christ church near Acadia National Park in Maine.

You’d think that setting — not to mention decades of enthusiastic ministry around Creation care — would make her well qualified to lead a workshop called “Celebrating Worship and Creation Care” for the Presbyterians for Earth Care conference last weekend, and you’d be right.

Hansen said she uses resources dating back to the 1990 PC(USA) policy statement, “Restoring Creation for Ecology and Justice,” for pieces of the liturgy used in worship on Sundays when Earth care is being celebrated.

Especially online, “you just find ways to engage worshipers,” she said. When they’re worshiping together in person, “don’t just let them sit in their chairs or in the pews.” Tag-team with church educators or the mission committee, she suggested, to plan events around Creation or help congregants discover advocacy work they can do. “You don’t have to do everything solo,” she said.

And don’t let people off the hook just because the worship hour has concluded, she said. 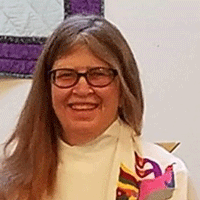 “The end of worship isn’t just so we can feel good about God and God’s Creation,” she said. For congregants, worship should raise as many questions as it answers, including, she said, “How can I get engaged?” and “What’s going to happen next?”

“Think about the region where you live and what the issues are,” she said. “Figure out what’s at stake in the area where you live.”

The Presbyterians for Earth Care website is also a go-to place for worship and devotion elements around Lent and Advent, she said. They’re listed here. Don’t neglect nondenominational sources for helping to get creative juices flowing around worship, including greenfaith.org, Hansen said.

“If you have a traditional church, it can be a challenge to find an appropriate time and way centered on God’s Creation,” she said. Lectionary passages sometimes include passages that speak to the care of the Earth. Youth Sunday can be a good time for young people to teach older generations about ecological considerations.

“Do you worship outdoors during the summer? You can emphasize [congregants’ work] as God’s co-creators,” Hansen said. If a local river cleanup day is scheduled, “send your volunteers to pick up trash or find other ways to work together with other organizations in the community,” she suggested. One tack Hansen has taken is participating in the Clergy Letter Project, which seeks to demonstrate that religion and science can be compatible and to elevate the quality of the debate of this issue.

The Bible has much more to say about God’s creative impulse than the two Creation stories found in Genesis, Hansen said. In Job 12, Job first complains to God because he’s become a laughingstock among his friends. Then he tells God, “But ask the animals, and they will teach you; the birds of the air, and they will tell you; ask the plants of the Earth, and they will teach you; and the fish of the sea will declare to you. Who among all these does not know that the hand of the Lord has done this?”

There’s Psalm 104, which Hansen described as “the ecological psalm.” And of course there’s the well-known and well-loved John 3:16, which states that “God’s love extends beyond one species,” she said. “Everything that came undone in the beginning is restored … the whole cosmos is loved and restored by God and the saving power of Jesus Christ.”

The Presbyterians for Earth Care conference concludes Sunday with workshops, a Bible study and a worship service led by the Rev. Dr. Neddy Astudillo. Learn more about the conference here.