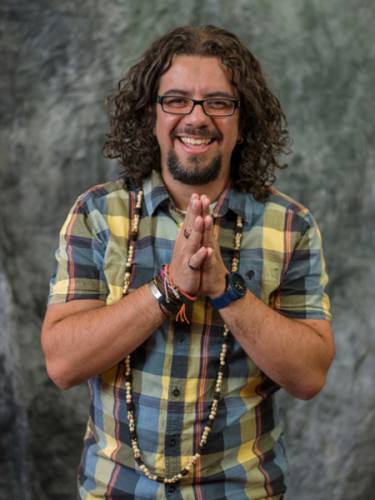 LOUISVILLE — The first day of Compassion, Peace & Justice Training Days planted seeds of thought about the evils of colonization, capitalism and individualism and their effects on the planet.

About 200 people met via Zoom Wednesday for the online version of CPJ Training Day, an annual advocacy training event in Washington, D.C. by the Presbyterian Church (U.S.A.)’s Office of Public Witness.

This year’s event, which continues through Friday, focuses on environmental and climate justice.

“These are areas we face and attempt to address as part of our discipleship as Christians,” Andrew Kang Bartlett, national associate for the Presbyterian Hunger Program, said during opening remarks.

“As we do this, it is critical that we acknowledge how certain groups of people are disproportionately affected by environmental destruction and climate change,” he said, including women, Blacks, Indigenous people and people of color, trans people, young people, older people and those in poverty. “This awareness must guide our understanding and actions.”

Event materials note that “we continue to see how the historic reality of colonialism and structural racism has designed systems that live on today through environmental racism.”

Aspects of that were touched on by the Rev. Dr. Cláudio Carvalhaes, Wednesday’s keynote speaker, and a Truth-telling & Repenting Panel led by the Rev. Denise Anderson of the Presbyterian Mission Agency.

Carvalhaes is a theologian, liturgist, artist and activist who also is an associate professor of worship at Union Theological Seminary in New York City.

In a free-flowing reflection, he described colonization as “the process of uprooting people, and other than human beings, from their places of belonging and tossing them elsewhere.”

Colonization also “is a process of losing the threads of connectivity of past and connectivity of present and also our deep relations with the future” and “it is grounded in violence, in destruction and death.”

He noted that, according to some experts, humans are entering into an era in which they are shifting the Earth more than any other form of life.

Turning to the Bible, he also lamented that some people are operating under what he called a bad reading of Genesis 1:26-28, which talks about humankind being made in God’s image and having dominion over fish, birds, cattle, wild animals and such.

“In this movement of becoming God’s image in this colonial structure, we have separated some people to be God’s glory and others, we turn them into garbage,” he said.

Abuses cited by Carvalhaes included genocide of Indigenous and Black people, slavery, the massive killing of animals, overfishing, the uprooting of trees, acidification of the sea and the melting of the ice caps, among other things.

Referring back to the Genesis text, he also spoke of people being driven by a desire to rule more, destroy more and to take over everything. “Because of this domination, our days are numbered in this planet,” he said.

Pointing to COVID-19, he said, “It is the Earth saying, ‘Do you have no boundaries? You think you can go into all kinds of wilderness places and eat everything and consume everything? … You must stop.”

His reflections were followed by a panel with Samuel Nguiffo, a native of Cameroon concerned about environmental injustices in Africa, and Lauren Sanders, who has Native American roots and does workshops about trauma-informed theology.

Sanders, who is Black, Kickapoo and enrolled in the Prairie Band Potawatomi Nation of Kansas, talked about Indigenous people needing to be well-versed in federal and tribal law and knowledgeable about their history. She also shared some of her own personal adversity.

Spending time on a reservation as a child, “I lived in a house that had plumbing but not clean water,” she said. “And that was foreign to the people in town. … They looked down on us because we didn’t have clean water, but our treaty rights said that we would have clean water.” Pollution from runoff from fertilized farmlands contributed to the problem.

Nguiffo, the founder of the Center for Environment and Development, a nongovernmental organization in the Congo Basin, described how Africans in his country have been abused over the years by outsiders involved in shady practices, such as illegal logging and the dumping of hazardous waste shipped in from elsewhere.

“I have been seeing the wealth and power of multinational companies, of international financial institutions, of western governments at work in our countries, in our communities, and I have been able to see the destructive power that they have,” he said. 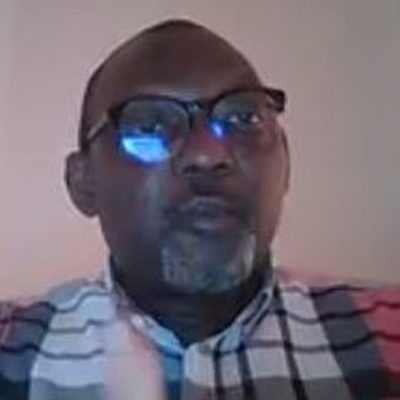 Samuel Nguiffo, founder of an NGO in Africa, also participated in the panel. (Screenshot)

Nguiffo said it’s time to start learning from cultures that are close to nature — such as Native Americans and other indigenous people in various parts of the world — and rebuild a connection with nature, neighbors and ourselves.

“The western world has been pushing its model to the rest of the world and (this) model has been proven to be very destructive for people, for the environment,” he said. “It’s not something we can be proud of.”

To bring about change, “I think it’s the responsibility of you in the western world to tell them, ‘Look, let’s stop and think about what are the consequences of what we have been doing so far?’ and ‘Let’s think about another way of doing things.’”