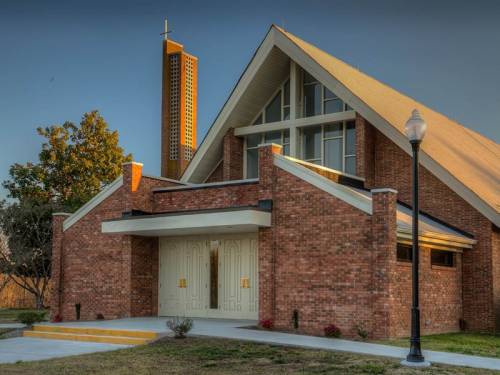 LOUISVILLE — St. James Presbyterian Church in Greensboro, North Carolina, did its part Sunday to help inform the wider church on ways COVID-19 is impacting the African American community — and what can be done to reduce those impacts.

The church, which counts as its former pastor the Rev. Dr. Diane Moffett, president and executive director of the Presbyterian Mission Agency, hosted a Facebook Live event, “The Effects of the Covid-19 Virus on the African American Community in Greensboro: A Community and Faith-Based Response.” 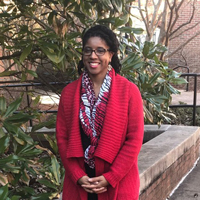 Christina Yongue, co-coordinator of the church’s Social Justice Advocacy Ministry and the director of undergraduate studies in the Public Health Education Department at the University of North Carolina at Greensboro, hosted the 72-minute session, which can be viewed here.

Joining her were Dr. Annette Bey, medical director of the Guilford County Department of Public Health; Dr. Vanessa Haygood, an obstetrics and gynecology physician and a member of the church; and Sharon Hightower, who represents District 1 on the Greensboro City Council.

Haygood told Yongue that because of the Food and Drug Administration’s required testing requirements, it’s unlikely a vaccine to protect against the virus will be developed anytime soon. In the meantime, it’s important for people to manage their baseline health, she said. 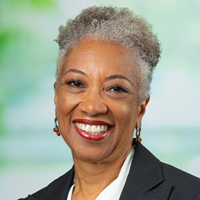 “If you have diabetes, work very hard to keep it in control,” she said. People with hypertension should take their medications and complete their exercise regimen, she said. “Take what your health care provider has told you to do and step it up a notch,” she said.

Bey said that public health providers “are trying to be on the forefront of the robust testing we need to see happen in the community.” Testing administered by public providers has been going on around the county for about a month. 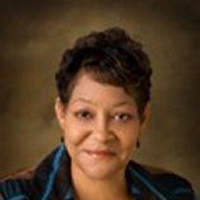 According to Hightower, public facilities, including buses, are being routinely sanitized. There’s no charge to ride the bus, which now make stops every hour, on average, rather than every 30 minutes to allow drivers to sanitize their bus.

City-owned recreation centers have not been reopened, she noted.

“We’re talking about how to keep them safe for young people who don’t know much about social distancing,” she said. “They just want to come in and have a good time.”

Asked by Yongue whether she expects a second wave of the virus in the coming months, Haygood said that although “we have done a great job in our area trying the flatten the curve” of infections and death due to the virus, “people have become a lot more relaxed about precautions.”

“There will be difficulty walking the line between living life and living with a virus that really hasn’t gone away,” she said. “I don’t know how long face masks will be tolerated by the public.” Keep wearing them, she urged “It’s an act of charity and love for your neighbor.”

When potential vaccines are ready for testing, volunteers will be needed. Haygood said she hopes many African Americans will volunteer.

“We in the African American community have a very legitimate suspicion of research done on people. Oftentimes we are less likely to volunteer,” she said. “I encourage us as a community to become involved in medical research, because that really is the only way we will know how these innovations affect us. I understand people want to be vigilant about what they’re volunteering for. We should never be afraid to ask about the risks, and then to say, ‘No thank you,’” if the risks outweigh the benefits.

Hightower said some of her constituents have told her that COVID-19 testing in their Eastside neighborhood “has been seen as an afterthought. It’s just now starting to happen, and that’s a little disturbing for me as a representative … Why should we have to get on a bus and go to the north side of town?” 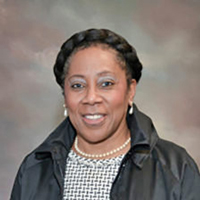 Part of the reason, Bey said, was the lack of available testing kits early on in the pandemic. Public health providers have used partners in the medical community and elsewhere to make testing more readily available around the county, she said.

“I have been in this community long enough to know you aren’t going to bite your tongue,” she told the councilwoman.

Asked about how the church should respond to care for people during and after the pandemic, Haygood noted that especially in the African American community, churches are trusted sources for providing people with accurate and timely information. “We must understand social justice is what we are called to do,” she said. “We are called to forge stronger bonds with our local and more remote governments to the advantage of the people we are privileged to serve.”

“It is our duty to have correct information, including for concerns around vaccines and treatments,” Bey said.

In addition, churches should not shy away from helping residents with their mental health needs, she said.

“Sometimes, faith-based organizations don’t want to get into that space, but it’s critical in this pandemic,” she said.

The church also must have something to say about systemic racism, according to Bey. North Carolina, which has the 15th highest poverty rate in the nation, was one of 14 states not to accept the expansion of Medicaid under the Affordable Care Act.

“We really need to own that,” she said.

As a result of the pandemic, “churches have found a virtual (worship) platform they can use,” Hightower said. “People can now see the church talking. We have got to inform the community about what is available to them, what resources city and state government and the health community can provide.”

“You need to have a voice to speak out about this, and people are speaking in positive ways to impact our community and have change happen,” she said. “We will continue to fight for people to be treated fairly and do justice for all people.”

Or, as Yongue put it, “Jesus was a social justice advocate — and he overcame the world.”