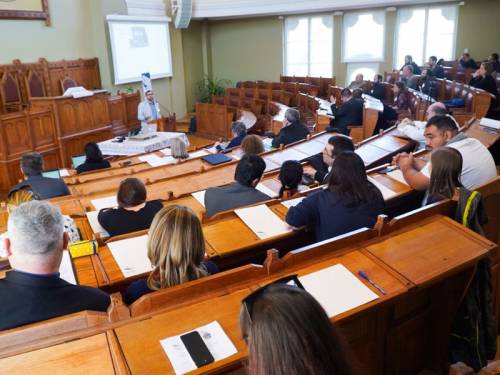 Three Presbyterian Church (U.S.A.) mission co-workers recently organized and participated in a conference in Budapest, Hungary, on the Roma and Sinti people. (Photo by Attila Dezső)

LOUISVILLE — The history of the Roma (Romani) and Sinti people in Europe is filled with discrimination and bias. That’s why mission co-workers Burkhard Paetzold, Al Smith, and the coordinator for the Middle East and Europe, Luciano Kovacs, helped plan and participate in a conference in Budapest recently, to reflect on the Churches’ history, relationship and interaction with the Roma. The conference was organized by the Churches’ Commission for Migrants in Europe (CCME).

Budapest was chosen as the conference site because the experience of the Reformed Church in Hungary was an excellent example of the work of reconciliation, health and hope developed over the last decade. 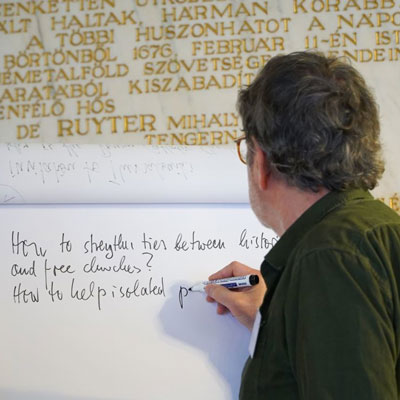 Burkhard Paetzold, a regional liaison for Presbyterian World Mission, was among the organizers for a conference about church relations with the Roma and Sinti people. (Photo by Attila Dezső)

“Before we reach our goals of justice and reconciliation we need to come to terms with ideology and practice of this prejudice we call ‘antigypsyism,’” said Paetzold. “It is a form of racism against Roma and Sinti people that has existed in our churches both in the past and still in our present. We need to review and outlaw ‘antigypsyism’ in the same way we already do with ‘antisemitism’.”

Conference participants explored the differences in regional and denominational context and acknowledged discriminatory practice and division between Roma/Sinti and non-Roma/Sinti communities and their respective churches. Ultimately, however, they felt it was heartening to see the extent of networking, which already exists between the Ecumenical Roma Forum of predominantly Protestant Churches within Hungary and the Roma Network across Central and Eastern European countries of predominantly Evangelical and Pentecostal Churches. They welcomed the opportunity for broader ecumenical engagement and exchange that CCME had supplied.

“We’ve heard about the encouraging practices in some of the churches across Europe,” said Dr. Torsten Moritz, General Secretary of CCME. “Most of all we’ve seen and felt the transforming power of faith and forgiveness, which can move us from division and discrimination to unity and reconciliation.”

The conference encouraged churches to consider how to more positively promote the visibility and inclusion of Roma/Sinti. Rev. Eszter Dani of the Reformed Church in Hungary said, “If you tell us, ‘It’s not our call to do Roma ministry,’ I ask, ‘Is it not your call to follow God?’”

Rev. Miki Kamberovic of the Serbian Pentecostal Church, a Roma himself, commented, “I have never been in a conference with so many different church and denominational backgrounds but yet I felt so much of a sense of unity and love for one another, especially for the Roma where each of us is involved and serving.” 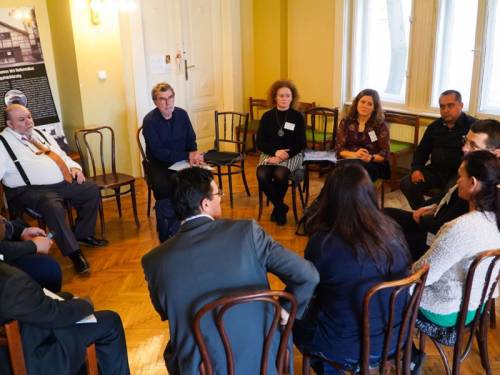 Burkhard Paetzhold, a mission co-worker, facing the camera at left, was one of the conference participants. (Photo by Attila Dezső)

Presbyterian World Mission works closely with CCME and Paetzold supports the work with the Roma and Sinti in particular. Smith works with Roma mission partners in Russia.

The only way that historians have determined the origin of the Roma is through their language, which appears to be related to Hindi, Punjabi, Gujariti and other Indian languages. There are identical words between the languages even today. The term Rom, while commonly mistaken as having to do with Romania, means simply “man” in the Romani language.

In the first half of the 15th century, they were welcomed in Europe. But before the end of the century the Roma became targets and scapegoats because of political turmoil. In 1548, there was a declaration that the killing of Gypsies by average citizens would go unpunished. They were expelled from Czech lands, England, Spain, Venice, Warsaw, the Duchy of Lithuania and Rome.

By the mid-1800s, when it’s estimated there were 200,000 enslaved Roma in the Romanian provinces, there was a process of emancipation. But they were still the target of sterilization programs throughout the 20th century in Scandinavian countries.

Dotschy Reinhardt, a Sintezza herself, co-organizer of the German workgroup  Sinti/Roma and Church, explained in her statement, read by Paetzold, that although the Sinti and Roma were targeted by the Nazis and sent to die by the thousands in concentration camps, the post-war German government did not recognize them as victims of racial persecution.  In was not until the nonviolent fight of the Sinti and Roma civil rights movement supported by very few churches in Germany in the early 1980s that the German government formally acknowledged that “Sinti and Roma” had been victims of racial persecution by the Nazis.

Today, the Roma together with Sinti are among the largest ethnic groups in Europe. 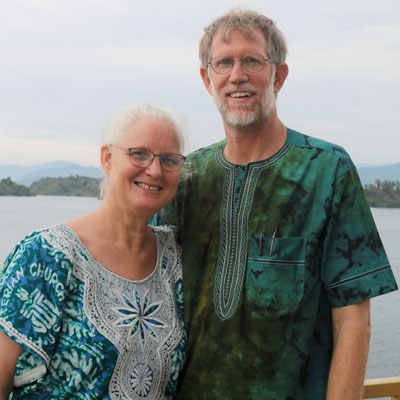