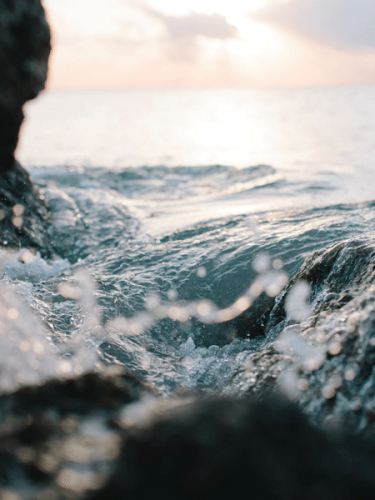 Photo by Karl Fredrickson via Unsplash

LOUISVILLE — Nearly three in 10 residents of the United States live in coastal counties, according to U.S. Census data — 41 million along the Atlantic Ocean and another 32 million up against the Pacific Ocean.

It’s probably not news to most ocean-adjacent residents that sea levels are rising, owing to a number of contributing factors — not the least of which is climate change. Last week, Presbyterians for Earth Care explored the science behind rising sea levels as well as the likely consequences through a webinar featuring Dr. William Sweet, an oceanographer with the National Oceanic and Atmospheric Administration — who grew up Presbyterian. Watch the 75-minute webinar here.

Sweet, the lead author of February’s 2022 Sea Level Rise Technical Report, said the sea level along the U.S. coastline is projected to rise 10-12 inches over the next 30 years, as much as the rise measured over the last century. By 2050, moderate, or “typically damaging” flooding, is expected to occur on average more than 10 times as often as it does today. Failing to curb emissions could cause an additional 1.5-5 feet of sea rise, or up to 7 feet by the end of the century. 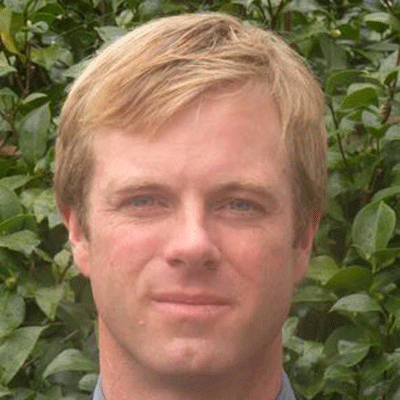 Sweet is part of a team researching and developing products detailing how sea level rise affects coastal flood risk and how people perceive that risk. He helped the U.S. Department of Defense assess coastal flood risk across its global installations, developed the latest sea level rise scenarios for the U.S. and was a lead author for Volumes 1 and 2 of the Fourth National Climate Assessment. He enjoys sailing the Chesapeake Bay and lives in Annapolis, Maryland.

Sporting a Hawaiian shirt, Sweet told webinar participants he grew up in an active PC(USA) church in Raleigh, North Carolina. He recalled “spending time around thoughtful people” who had “voices for good and justice.”

While it’s true that, as Bob Dylan wrote nearly 60 years ago, “the times they are a-changin’,” it’s also true that “there are a lot of superlatives, especially with factors concerning ocean levels,” according to Sweet. Carbon dioxide concentration is the highest it’s been in 2 million years. Sea levels are rising at the fastest rate in at least 3,000 years. The retreat of glaciers is unprecedented in at least 2,000 years.

“These are superlatives we don’t really want to report on,” Sweet said. “But we’re measuring them well, and the consequences are unfolding in front of our eyes.” Temperatures are rising, and 90% of the excess heat is being absorbed by the oceans.

More frequent extreme rainfall events are projected, Sweet said, especially in the Northeast and Southeast. “Heavy rains will become the new normal,” Sweet said, “and our design systems [including stormwater and wastewater facilities] aren’t meant to handle those.”

The rate of sea level rise is expected to continue as long as emissions cause temperatures to increase, Sweet said. “People need to know what to plan for, whether you’re buying a house or building a seawall.”

One drawback is that even scientists don’t own a crystal ball to help them discern the future. “It’s really conditioned on human actions,” Sweet said. “That’s not a political statement; it’s a scientific statement.”

Projections indicate that sea level rises will be higher along the East Coast and the Gulf Coast than along the West Coast, the Caribbean and the Hawaiian Islands, with northern Alaska somewhere in between.

Some of the effects of sea level rise are already being seen, Sweet noted. A church in Norfolk, Virginia, regularly notes in its online church bulletin which Sundays worshipers will be driving through water to get to church. Scientists have given it a name — nuisance flooding. “We gave it a name and people started talking about it — and writing about it,” Sweet said, showing a photo of NBC’s Al Roker interviewing him as the Staten Island Ferry sailed near the Statue of Liberty. “Sorry to toot my own horn,” Sweet said.

“It’s going to grow chronic rather quickly. It’s not a slow, gradual change,” Sweet said of sea level rise. “If you’re getting flooded now, you should expect more of that. If not, be prepared, because it’s going to grow deeper and more widespread.”

In addition, “emission matters,” he said. “The thermal memory and momentum of the ocean and long-residence time of carbon dioxide will pose problems for generations.”

“We’re able to say this at NOAA because it’s the science,” he told those attending the Presbyterians for Earth Care webinar. “It’s important you know because you’re the activists.” What NOAA and other agencies are trying to do, Sweet said, is “put the data in meaningful metrics people can identify with … It’s there if we open our eyes.”

During a question-and-answer session following his talk, Sweet said it’s not yet clear the size of economic damages that rising sea levels will bring about. Getting data from affected municipalities “is not an easy mining exercise,” Sweet said. “When do they decide enough is enough and they take out municipal bonds to upgrade their stormwater system?” That’s already occurring in communities including New York and Boston as well as Miami, Norfolk and Charleston, South Carolina, Sweet noted.

Asked what might happen to the Midwest as coastal communities flee for drier places to live, Sweet assured those in attendance that “the world is not crashing in on us.”

“It’s not the end of the world, but we are talking about major costs associated with people’s houses” as well as stormwater and wastewater facilities that will need to be upgraded. “Solutions are found and funded locally,” Sweet said. “Who’s going to pay for all this? Right now, we all will.”

Asked about the impacts on low-lying developing and developed countries such as Bangladesh and Indonesia, Sweet said Asian countries have “some of the fastest rates of sea level rise that we know. We are lucky to live in an area with safe drinking water and wastewater systems that allow us to live a fairly decent life. We are a little ahead of the curve and buffered from some immediate impacts.” 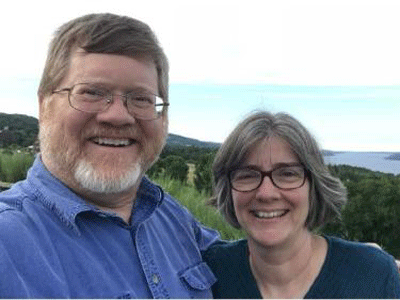 PEC Moderator the Rev. Bruce Gillette wondered how policy-makers are reacting to the findings Sweet and others have published. “You are in church terms preaching to the choir,” Gillette told Sweet.

Sweet said he and his colleagues have delivered many briefings to congressional staffers. “One thing we are able to firmly say is what to expect in the next 30 years. We haven’t said that as a government before,” Sweet said. “It’s been well-received. In Florida, they’re taking this seriously. They see it and they’re experiencing it, and there’s bipartisan support.”

One unnamed member of Congress did take a fairly dim view of their presentation, however.

“They said, ‘Phooey. I don’t see it,’” Sweet said. “Our response was, ‘Go talk to stormwater and wastewater managers in those cities and ask them if they see it.’ They see it and they know it.”