PORTLAND – As the bus pulled away from the Oregon Convention Center on Sunday morning—headed across the Columbia River toward Vancouver, Washington—the church’s hospitality was already in high gear.

Bob Williams, Columbia Presbyterian Church‘s appointed volunteer “tour guide” for members of the General Assembly contingent who had signed up in advance to worship there, distributed literature, described the sights along the route, and promised hot coffee upon arrival. 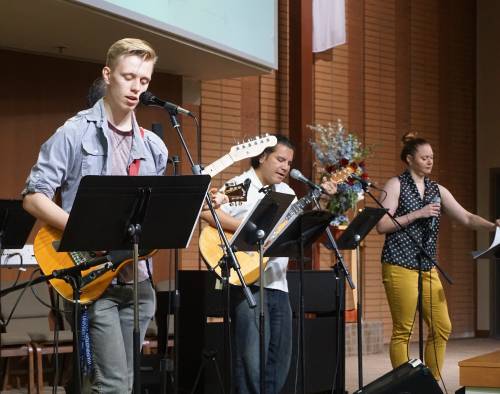 The welcome had only just begun for the some 50 commissioners, advisory delegates, agency staff, mid council leaders, and observers who attended the 10:30 a.m. contemporary service of worship at Columbia, and who were later treated to a lunch in their honor prepared by the church’s Presbyterian Women.

The Columbia Church—one of dozens of congregations in the greater Portland area which welcomed assembly participants to worship on Sunday, June 19—is an approximately 1,000-member congregation in the Presbytery of the Cascades, home to the Committee on Local Arrangements, the local host committee for the 222nd General Assembly.

Following a timely, topical, and fitting message entitled “Be Encouraged,” based on Philippians 1:1-11, the Rev. Fitz Neal, Columbia’s pastor, recognized the delegation.

“I’ve been a commissioner, and those are some long hours,” Neal said, inviting the guests to stand and be recognized. “They need your encouragement.” 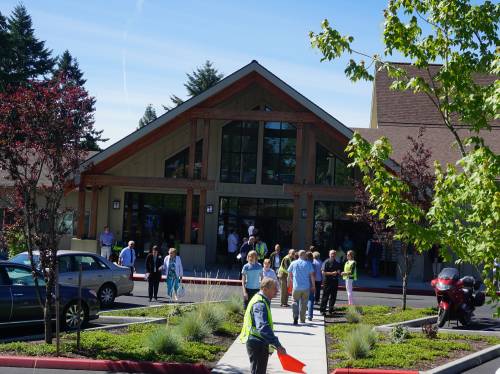 Neal, who began his sermon by quoting “The Second Coming” by William Butler Yeats, confessed his great love of poetry.

“In the wake of the tragedy in Orlando, what word do we speak into that context,” Neal asked. “I hope it’s a word of encouragement.”