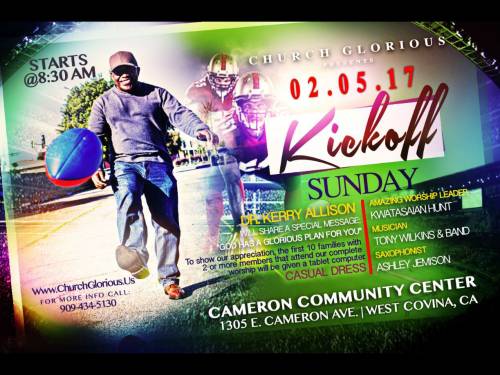 LOUISVILLE – Church Glorious, a new multi-ethnic church in the San Gabriel Presbytery, just 19 miles east of Los Angeles, began last September as a Glorious Living Bible study with a core group of 25 people meeting in the home of the Rev. Dr. Kerry Allison and his wife, Oona.

“Christ is coming back for a ‘glorious’ church, one translation of Ephesians 5:27 says, ‘radiant’ church; God wants his church to be what he created it to be,” Allison says. “I felt Church Glorious would be a great name to express that, since we have a focus to be multi-ethnic.”

Birthed, in part, through a 1001 New Worshiping Communities seed grant of $7,500, Church Glorious, a partner congregation of La Verne Heights Presbyterian Church, is a diverse church for all people, especially young families.

“We considered holding services in a movie theater, an industrial building or shared space at a Presbyterian church,” Allison says, “But one of the first things the core group expressed was their desire not to meet in a traditional church setting. They just didn’t want anybody in our group to feel uncomfortable by being in a church context, since everyone’s background is different.”

“They told me ‘We don’t want you to dress up either. We want you to wear blue jeans and a T-shirt, okay?’” He laughs, “Here I am coming from a traditional church background where I’ve been wearing a robe every Sunday, but I told them, I’ll wear blue jeans. I’m fine with that.”

Allison and the core group sensed God’s direction in choosing a meeting space. In fact, when he made the initial call to ask about meeting at the community center, the response he heard was: “We’ve been looking for a church.”

Allison remembers saying, “Really? We are the church.”

“It’s amazing how the doors were opened to us at the community center,” Allison says. “It’s been a great opportunity for us to have that space, which is already so connected to young families.”

Every Friday at 4 p.m. several people meet for a prayer walk through the West Covina neighborhood. Each step of the way, they’ve been able to pray for families and the needs of the community, which they learned more about through a survey of 20 families conducted at the park where the community center is located. They also distributed 10,000 door hangers to get the word out about Kickoff Sunday.

The Church Glorious core group has been preparing for Kickoff Sunday with a series of outreach events, including a Thanksgiving meal for about 70 people in the community in November and a toy giveaway at the park adjacent to the community center in December. More than 90 children were able to each choose two toys.

“The community might look OK,” Allison says, “But many young families are hurting. Teens who are having trouble in school come to the park instead of going to school. Families need jobs and guidance related to financial concerns. Everybody needs support and encouragement. That’s one thing that kept coming up on the surveys—encouragement.”

Allison included a survey question asking what area residents would suggest he do as a church planter. The survey responses all had a pattern, he says.

They told me to, “Be authentic, be real, be able to share with people your challenges, your struggles and what God has done in your life. Be friendly, be nice, be welcoming; and don’t allow anybody to discourage you in what you are trying to do.” 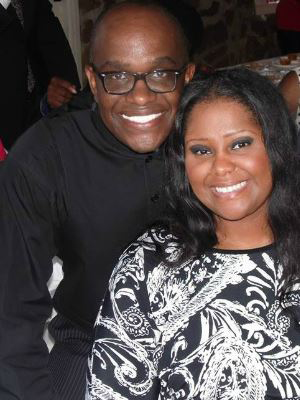 Allison has felt God’s call to cross-cultural ministry all his life, growing up in eastern Texas and as he has traveled the world through 30 years of ministry. After high school he considered being a doctor to focus on medical missions. He earned an associate degree in nursing and worked toward a bachelor of science in nursing before changing his degree program to put the emphasis on Christian ministry.

When Allison and his wife traveled to Cameroon a few years ago they heard the same question more than once, “Why is the American church so divided by racial boundaries?” The Cameroonian host churches reasoned that if we are Christians race shouldn’t prevent us from worshiping together and doing ministry together.

Returning from a three-week mission in Africa, Allison shared with his wife, “I really believe God has called us to start a church and to make it multi-ethnic in focus.” God’s call seemed clearer to them since they had recently moved to the very diverse community of West Covina.

After talking to friends and colleagues in ministry, interviewing seven or eight church planters and praying about it, the Allisons’ desire to start a multi-ethnic church remained strong. When they found themselves at a 1001 New Worshiping Communities training, Allison says, “We both felt very at home. We knew this is what we were supposed to do.”

To join with others in starting new worshiping communities, consider making a gift to fund Mission Program Grants. Give online at pcusa.org/donate/E051547.