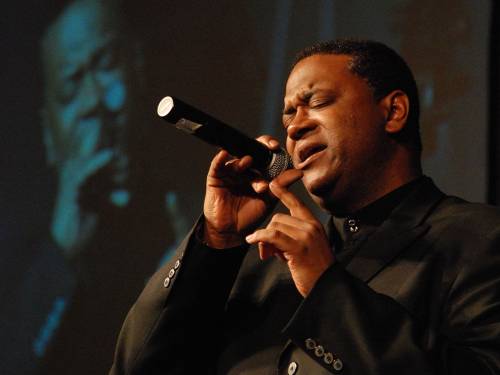 LOUISVILLE – What more fitting season of the liturgical year than Christmas for the performing artist, composer, producer, broadcaster, educator, music minister, PC(USA) ruling elder, and interfaith missionary, Warren Cooper, to live out the incarnational nature of his own multi-faceted calling?

“As a creative and performance artist,” says Cooper, “I aspire to fully represent, experience, and embody the confluence of passionate worship-focused art, inclusive activist faith, and peacemaking witness—weaving those strands, through grace, into a tapestry of healing for the human spirit.”

Cooper’s ambitious calling will be both honored and realized, in part, at CHRISTMAS LIVE 25!, a sacred jazz Christmas concert celebration of his 25th anniversary in production music ministry. Cooper is currently the executive producer and chief operating officer of Music Media Ministry, a Philadelphia-based production company focused on the manufacturing and trafficking of Healing Message Entertainment and the evolution of traditional Christian worship into the 21st century.

CHRISTMAS LIVE 25!, which will be held on Saturday, December 10 from 3:00–5:00 p.m. at Berean Presbyterian Church in Philadelphia, will feature Tony Jones on bass guitar behind jazz vocalists, Cooper, Denise King, and Gina Roche, in what Cooper calls a “soulfully, sultry musical celebration of the holiday Christmas spirit.” 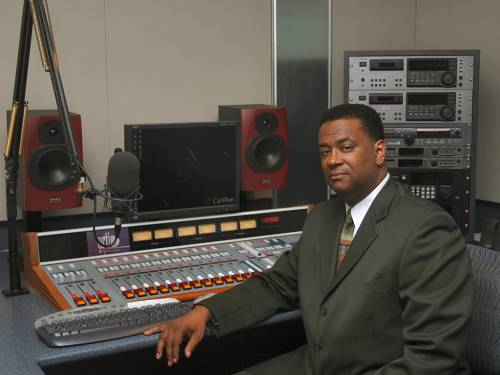 Warren B. Cooper in the radio studio. (Photo by Vincent Pogue)

Cooper, a native of Philadelphia, has been a professional musician since the age of nine. He was raised and nurtured in the Berean Presbyterian Church as the oldest son of its pastor, singing in, playing for, and later directing three of the church’s five choirs. Having studied at Oberlin Conservatory of Music and with many of the masters of classical, sacred, and jazz composition and performance, Cooper has emerged as a trend-setting pioneer within the genres of jazz worship and sacred jazz music, as well as an acclaimed vocal stylist in all genres. Ordained as a ruling elder in 1999, Cooper has served at the presbytery, synod, and General Assembly levels for more than 35 years. He is also the founding host and producer of the gospel music radio program, Ovations, which is celebrating its 23rd year of broadcast on the Temple Public Radio Network.

The December 10 event will also serve to honor Mothers in Charge, a violence prevention, education and intervention-based organization, which advocates and supports youth, young adults, families and community organizations affected by violence.

In the spirit of giving, there will be three opportunities for concert attendees to help others by bringing and sharing donations of an unwrapped children’s toy, a non-perishable food item, or a politely prepared clothing donation, all of which will benefit local advocacy organizations and ministries.

“In these dawning days of this brand new age, we must faithfully explore every available option to consciously connect the righteous principles of our faith with the relevant realities of social justice, civic accountability and spiritual transformation,” says Cooper. “It is only then that our faith becomes tangible and our works become relevant.”

Complete information on the event is available on the Music Media Ministry website, where tickets may also be purchased online at a cost of $25 each.

“Music can help you feel something that your spirit wants you to see,” Cooper says. “Our musical worship sessions are all about freeing people to feel, and then to catch a glimpse of how to start being the people that God is calling us to be. Why not experience that with us at this unprecedented celebration of Christmas, as both Christmas—and you—come alive…again!”