A ‘giant in his profession,’ Dr. John Weaver served for 35 years as director of music at Madison Avenue Presbyterian Church in New York City 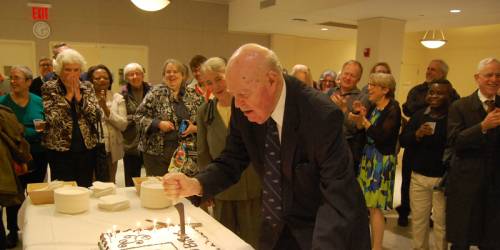 LOUISVILLE — Dr. John Weaver, a celebrated Presbyterian organist and composer, died Monday at the age of 83. His daughter, the Rev. Kirianne E. Weaver, pastor of First Presbyterian Church in Ithaca, New York, described his passing in a Facebook post on Tuesday morning:

“Last night, in the small hours, Dad took his last breaths. It was the winding down of a clock, and we knew this moment was coming when the hands would stop moving; it was all peaceful and then came the dawn.”

In the tribute that followed, Weaver said her father had “an incredible career life,” a statement few would argue.

Weaver served as director of music at Madison Avenue Presbyterian Church in New York City for 35 years, from 1970-2005. (Read a story honoring his life’s work here.) He was also chair of the organ departments at the Curtis Institute of Music in Philadelphia from 1971-2003 and at the Julliard School of Music in New York City from 1986-2004. 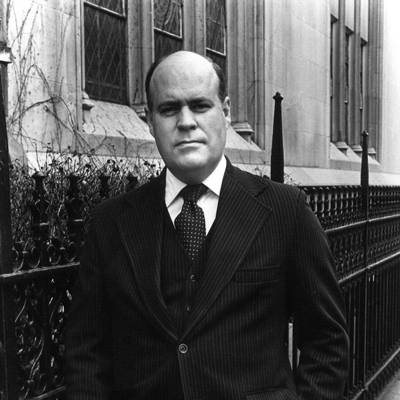 Andrew Henderson, who got to know Weaver while studying at Julliard, succeeded him at Madison Avenue Presbyterian Church. Describing Weaver as “an exacting teacher” whose approach was “individual, encouraging and affirming,” Henderson wrote in an e-mail that “he was privileged to fill John’s (literally!) big shoes.”

Henderson called Weaver a true giant in his profession, adding that at Madison Avenue Presbyterian Church he was — and still is — much beloved.

“His relationship at the church was defined by a trusted, close collaboration with the pastoral staff,” he said, “and a congregation that expected and highly appreciated both excellent music and excellent liturgy, coupled with a commitment to musical outreach through the church’s concert series and choral society.”

Henderson’s wife, Mary Huff, a former Presbyterian Association of Musicians board member, also shared reflections on how Weaver, who served as PAM president from 1984-86, influenced church music in the United States. Citing his involvement at every level within PAM, the American Guild of Organists, and his service on the 1990 Presbyterian Hymnal committee, she wrote, “It’s so immense, it’s immeasurable.”

“From presenting keynote recitals at national conferences to teaching the country’s finest organists to penning anthems heard by thousands to the time spent one-on-one with a local musician in a rocking chair at Montreat Conference Center,” she said, “John cared deeply for the church and its liturgy.”

“They will long endure,” he said. “And we are grateful for his creative and faithful service to the church.”

When David Eicher was hired to edit Glory to God, he remembers that John Weaver’s name loomed large. But whenever he spoke with Weaver or corresponded with him via email or letter, Eicher said Weaver was always gracious and generous with access to his compositions and arrangements.

“The name of John Weaver will always be associated with Presbyterian church music for generations to come,” Eicher said. “I give thanks for his many gifts to the church.”

PAM board member John Neely (1992-94) wrote that Weaver’s life “is a shining example” of one who’s committed to “integrity, kindness and generosity — and so much more.”

“As a consummate musician, colleague in ministry, dedicated church leader and valued friend, John’s influence in the world of music and the church in particular cannot be overstated,” Neely said. 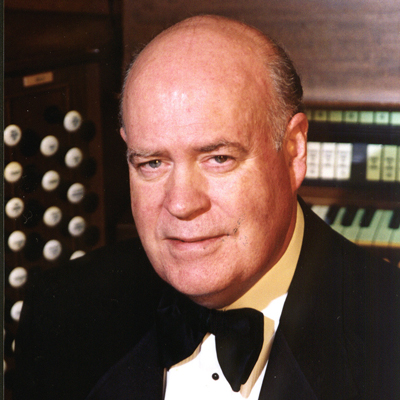 After graduating from Curtis in 1959, Weaver was appointed Director of Music at Holy Trinity Lutheran Church in New York City. During his 11 years there, he founded the famous Bach Cantata services, with his wife Marianne, a flautist, whom he met at Holy Trinity.

“As an international concert recitalist, mom traveled with him and played the flute,” Kirianne Weaver wrote in that Facebook tribute. “Dad was such an amazing light. For all he achieved, his favorite places were a tiny valley town once called Mauch Chunk built by a train industry — and an A-frame house, on a high hill in Northern Vermont, where his own model trains made their last home.”

In a tribute, the Curtis Institute of Music called Weaver “an active concert organist for many decades, playing throughout the United States, Canada, Europe, and Brazil, drawing on his large repertoire of memorized works from all areas of organ literature. He was named International Performer of the Year by the New York City Chapter of the American Guild of Organists in 2005 … and held honorary doctorates from Curtis and Westminster College.”

Kelly Abraham, PAM’s executive director, is grateful for the countless ways Weaver shared his life and gifts with the organization she now serves. As Weaver enters the church triumphant, Abraham lifts up the final verse of the hymn for which he composed the harmony in the Glory to God hymnal, “An Upper Room Did Our Lord Prepare.”

“No end there is! We depart in peace. He loves beyond our uttermost: in every room in our Father’s house, Christ will be there, as Lord and Host.”

Click here to listen to an episode of the podcast “Pipedreams,” featuring John Weaver’s life journey and his superb organ skills. Abraham calls the nearly 90-minute podcast, titled “The Weaver’s Tale” and released in 2007 in honor of Weaver’s 70th birthday, “quite beautiful.”