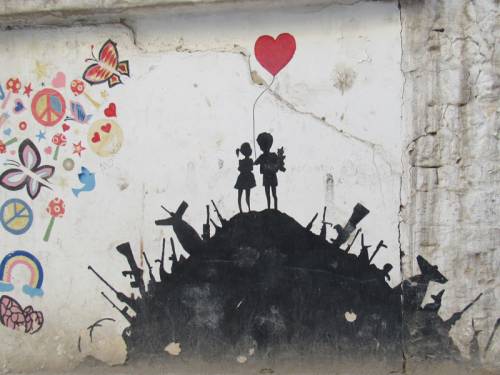 A mural called “Kids on Wreckage of War” in Qamishli, the city where Rev. Firas  Farah lives. (Photo by Scott Parker)

LOUISVILLE — The humanitarian situation in Syria continues to worsen — much in part, many faith leaders believe, to the Caesar Syria Civilian Protection Act passed by Congress last fall and signed into law by President Donald Trump in December.

The legislation was named for a photographer known as Caesar who smuggled photographic evidence out of Syria that the Assad regime was torturing and executing thousands of Syrians in the regime’s prisons.

A U.S. State Department fact sheet explains: “Our sanctions under the Caesar Act and Executive Order 13894 are not intended to harm the Syrian people, but rather to promote accountability for the Assad regime’s violence and destruction that has killed hundreds of thousands of civilians; subjected thousands of Syrians to arbitrary detention, the majority of whom remain missing, and many of whom are exposed to torture and sexual violence; and devastated the country’s civilian infrastructure, including homes, hospitals, and marketplaces, resulting in the displacement of over half the population.”

In a July 10 article written for online journal “Unbound,” the Rev. Elmarie Parker, World Mission’s regional liaison for Iraq, Syria and Lebanon, and Catherine Gordon, associate for international issues  with the Office of Public Witness, write that imposed U.S. sanctions on Syria, beginning in 1979, have continued to layer on sanctions without a clear goal or endpoint.

“There is little evidence that these unilateral measures are having the desired result,” they write. “The Caesar Syria Civilian Protection Act is the largest expansion of this already stifling sanctions regime ostensibly targeting the Syrian government. The sanctions on Syria have been described by the United Nations as some of the most complicated and far-reaching sanctions regimes ever imposed. And they are contributing to a worsening of the humanitarian situation, harming a civilian population already made vulnerable by war:

The humanitarian waivers are inadequate, and banks are hesitant to engage in any transactions relating to Syria, making it difficult to deliver aid,” the two write.

The situation worsened in mid-June when additional sanctions were enacted as a result of the Caesar Act. In the weeks prior, PC(USA) ministry representatives joined partners from the United Church of Christ/Disciples of Christ and the Mennonite Central Committee in a series of meetings with key members of Congress to ask lawmakers to examine the effect of the current policies on the Syrian people. The faith leaders detailed the extent of the humanitarian crisis.

In a letter to the PC(USA), the Rev. Ibrahim Nsier, pastor of the Arab Evangelical Presbyterian Church of Aleppo, wrote:

“I am worried about how the church should face the economic challenges that are threatening our population in Syria in general and our Presbyterian Church of Aleppo in particular. In the last month, the Syrian pound lost a very high percentage of its value. The average income to an employee now does not pass $20-25 per month. In the last months — in Aleppo — we had 51 registered cases of suicide because of economic situation. The last month, we knew through the media that 92% of Syrians are living with less than $1 American a day. Medicine is not sold in pharmacies. Shops are locked. The church in Syria — I believe — never experienced such reality — even in the war time.”

In an email from Ghassan Chahine, director of a local non-governmental organization (NGO) working on relief and development initiatives in all parts of Syria (government controlled and otherwise), said the looming threat of COVID-19 pales in comparison to the dire economic realities people are facing. He detailed the staggering rising costs in Syrian pounds of necessities from pre-war 2011 to today.

“I have a colleague in the office. She is a cancer patient, and she is not able to find the medicine in Syria, and because of the closure of the borders with Lebanon, she has not been able to secure this medicine since last March,” he wrote. “This is just an example of what the patients are suffering.” 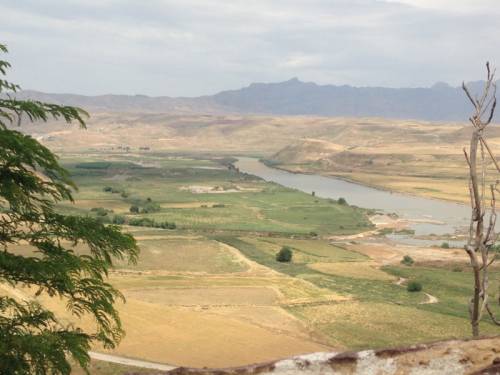 Just this week Rev. Joseph Kassab, General Secretary for the National Evangelical Synod of Syria and Lebanon, received an update from two pastors in Northeast Syria, who reported that water has not been pumped to homes in more than 12 days. Power is reaching homes only two hours a day. There is an acute shortage of medicines, especially for chronic diseases. Fuel prices are rocketing upward, and bakeries are closed because they cannot get necessary ingredients.

The Presbyterian Church (U.S.A.), along with other faith-based organizations, issued a joint letter to Congress in June outlining the harms being caused to the people of Syria as a result of the additional sanctions. Click here to read it.

Presbyterians are urged to contact their members of Congress and ask them to prioritize the health and safety of the most vulnerable in Syria by opposing and helping to lift the broad sanctions on Syria. The sanctions have broad bipartisan support, so members of Congress need to hear from their constituents in order to better understand the humanitarian consequences.