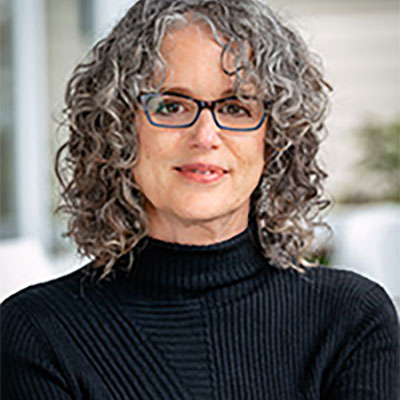 DiAngelo, author of “White Fragility: Why It’s So Hard for White People to Talk About Racism” (Beacon Press), began her talk by acknowledging that she is a white woman with a white frame of reference, a white worldview, and white experiences — and why that’s relevant.

“Unlike I was taught to see it, it’s not just an objective, neutral or even innocent social position,” she said. “It is deeply infused with meaning.” 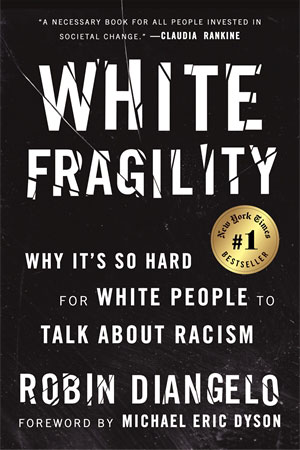 DiAngelo, a consultant and trainer for more than 20 years on issues of racial and social justice, spoke during the NCC’s annual Christian Unity Gathering, which took place virtually on Monday and Tuesday and featured the theme “In New Wineskins: From Pandemics to Possibilities to Promises.”

“I think this is a really important conversation for us to be having at this moment,” the Rev. Dr. Leslie Copeland-Tune, chief operating officer of the NCC, said while introducing DiAngelo. “We know that one of NCC’s initiatives is A.C.T. Now to End Racism, so we’ve been collectively trying to do a deeper dive as people of faith into how to end racism.”

Although everyone has prejudice, the systemic part comes in “when one group’s collective bias — in this case, racial — is backed with legal authority and institutional control, and that transforms it into a far-reaching system that becomes the default, it becomes the status quo, business as usual, unremarkable. The water we swim in, and the currents we move in,” she said. It also becomes embedded into “cultural norms and definitions, standards of beauty, measurements of intelligence and so on.”

Understanding issues of race is important in today’s world, especially if you’re a leader, DiAngelo said.

“In 2021, leaders of any stripe must be able to engage with issues of race, with openness and nuance,” she said. “We are past that point where white people can just say, ‘Gee, I don’t know anything about this’ and still be seen as credible and qualified to lead.” 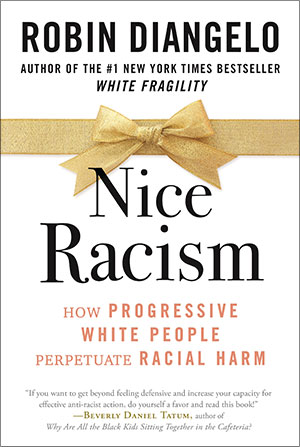 She gave several examples of the United States being a white- and often male-dominated culture from seats of political power to the military to law enforcement, the film industry and beyond. She also talked about a shift that needs to occur when companies decide to become more diverse.

“What a lot of organizations do is they say, ‘We’ve got to add more diversity,’” she said. “However, they don’t address the consciousness of the people who are already sitting at the table. … If you haven’t also addressed their consciousness, you are putting people into a hostile environment, conscious or not, intentional or not.”

Later, during an example about a group of congressional interns, she said, “To be white is to belong, to be included, to have opportunity, advantage, networking and to not really ever have been given the message that anyone of value is missing.”

White supremacy and anti-Blackness are not just something linked to men in white hoods, she said later, but “rather a highly descriptive sociological concept for the society we live in” that holds white people up as the ideal and the standard by which all others will be measured.

Instead of thinking of yourself as non-racist, “I think a much more constructive way to think about it is that you’re either more or less racist in any given moment,” she said. “That’s how I think about it. How am I doing right now? Right? Am I choosing silence and comfort, or am I choosing courage and action?”