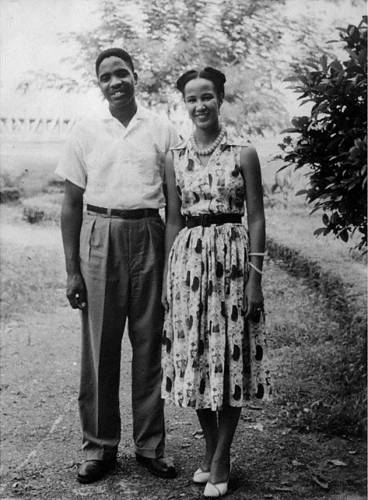 Darius and Vera Swann served the Presbyterian Church as the first African-American missionaries to a non-African country.

Darius and Vera Swann used their skills as educators to spread the gospel in Asia and become an important part of the Presbyterian mission legacy. Growing up in the segregated South, the Swanns’ mission service was shaped by inequities they knew firsthand. That perspective would lead them to show respect and tolerance for their interfaith students and eventually would call them back to the U.S. to seek change in the midst of our own racial division. The Swanns transformed the lives of students in India and China, in addition to founding the Maria Fearing Fund for African and African-American Partnership in mission to promote spiritual growth, education and cultural exchanges between and among African people on the African continent and those in the diaspora. Their journey in mission has transformed them personally by deepening their faith.

Darius Leander “Lee” Swann was born in Amelia, Virginia, in 1926. He was the youngest of 10 children, and his parents were poor farmers. Lee attended college and seminary at Johnson C. Smith University in Charlotte, North Carolina, one of the racial ethnic universities founded by Presbyterians.

After graduation in 1948, the Presbyterian Church sent Lee to China as the first African-American missionary to a non-African country. Lee was teaching at Nanking University when the Communists captured the city in April 1949. He was allowed to stay, but when the Korean War began in 1950, he was politely urged to leave by his Chinese colleagues. 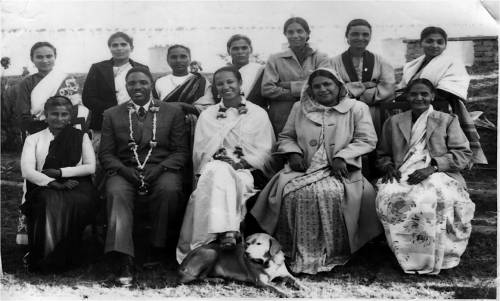 Darius and Vera with friends in India, 1952.

On returning to Charlotte, Lee met Vera Poe, who had been a freshman at Johnson C. Smith when he was in his third year in seminary. Vera had grown up in a segregated society in the small town of Cheraw, South Carolina. Raised a Methodist, she became a Presbyterian in college.

Lee and Vera married in 1952 and sailed as missionaries to India. Lee taught English and served as a chaplain at Ewing Christian College in the city of Allahabad. During this time, he organized the Christian Drama Program, using theatre to train pastors and teachers. Vera worked in the drama program with her husband and taught Bible classes at the college. She also helped launch the Jamna Christian Basic School and a home for vagrant boys.

When the Swanns returned to the U.S. in 1964, Lee taught practical theology, mission and homiletics at Johnson C. Smith. The issue of where their 6-year-old son, James, would attend school brought the civil-rights era home to the couple. Told to enroll him in a black school six blocks away when a white school was only two blocks away, they refused. Twenty-five others joined them as plaintiffs in Swann vs. Charlotte-Mecklenburg Board of Education.

The case wound its way through the courts from 1965 to 1971, when the Supreme Court ruled in their favor in a 9-0 decision that upheld an earlier federal court decision ordering the desegregation of Charlotte’s schools. The landmark case launched the use of busing to desegregate schools, a practice that soon became widespread in the South. 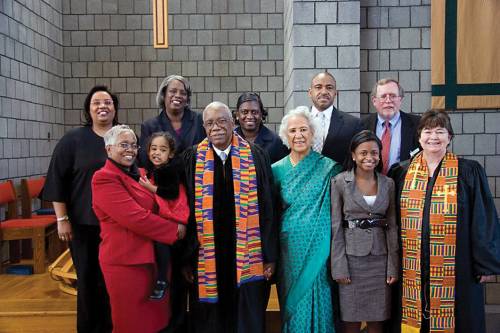 They are now retired and live in northern Virginia.

Michael Parker, a PC(USA) mission co-worker in Egypt, serves as the director of Graduate Studies at the Evangelical Theological Seminary in Cairo.