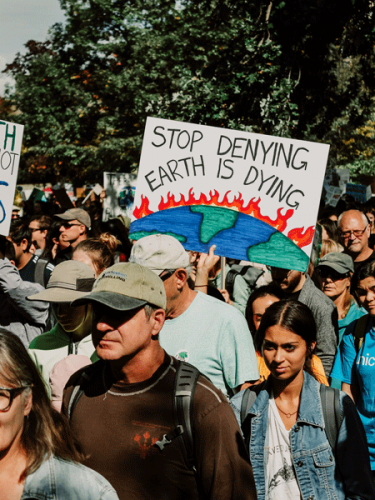 Photo by Shayna Douglas via Unsplash

LOUISVILLE — A half-hour Facebook Live broadcast highlighting Mission Responsibility Through Investment served to both look back at how socially-responsible corporate engagement efforts are helping to reduce climate change and look ahead at what’s in store during the 225th General Assembly.

Darla Carter, a communications associate with the Presbyterian Mission Agency, hosted Compassion, Peace & Justice’s Join the Movement webinar, which can viewed here.  Her guests were the Rev. Kerri Allen, who chairs the MRTI Committee; Rob Fohr, director of Faith-Based Investing and Corporate Engagement for the PC(USA); and Katie Carter, associate for research policy and information.

Asked about MRTI’s process for recommending the General Assembly approve its recommendation to divest from five energy companies — Chevron, ExxonMobil, Marathon Petroleum, Phillips 66 and Valero Energy — Allen said it’s an engagement procedure MRTI has refined over a number of years.

The process has included engaging with the companies themselves and with impacted communities, including visits to what Allen called “frontline communities” in south Louisiana and Detroit.

The divestment recommendation “doesn’t mean our work is done,” Allen said. “Climate change is going to be with us. We have the responsibility as Christians to continue to fight and turn the corner on climate change.”

Fohr said MRTI, which has been around for a half-century, continues to be guided by policies enacted by the 196th General Assembly (1984), when apartheid “was the issue of the day.”

It was developed as a framework for how the PC(USA)’s investing agencies, the Board of Pensions and the Presbyterian Foundation, “can divest under certain circumstances and still be in alignment with their policies and their fiduciary duties,” Fohr said. Nowhere is divestment the goal, but MRTI “tries to bring companies more in alignment with General Assembly values.”

Another partner is the Interfaith Center on Corporate Responsibility, which Presbyterians helped to found 50 years ago. With about $2.4 trillion in assets, “it’s the smallest coalition we work with,” Fohr said. The ICCR includes other Protestant denominations, Roman Catholics, Jewish, Muslim, Unitarian-Universalists and values-based investors and asset managers. 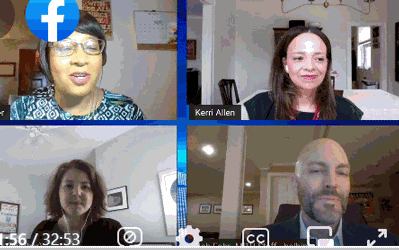 Katie Carter discussed MRTI’s Guideline Metrics framework, established in 2017, approved by the 223rd General Assembly (2018) and updated last year. Companies are evaluated on their environmental, social and governance performances and are “heavily weighted toward climate change issues,” Carter said. Considerations include “our own research” as well as third-party research “and our own engagement with the companies,” Carter said.

Commissioners to the 225th General Assembly will also be considering other overtures related to Creation care. “There is no debate around the urgency of the climate crisis,” Fohr said. “Nobody is debating the science. The climate crisis is one of the most pressing issues of our time.” Other overtures may of course also be approved during the upcoming Assembly, but “MRTI recommendations need to be unaltered,” Fohr said. If an overture seeks to do more than divest from the five recommended companies, “it has to do so in aspirational terms.”

Allen suggested that people interested in the process carefully read the comments to overtures, which will be considered by the Environmental Justice Committee and can be found on pc-biz.org.

“Our goal here is to impact the trajectory of climate change and not just make a statement,” Allen said.

After Fohr offered a brief recap of MRTI’s successful proxy season (details are available here), Allen noted that any success MRTI may have achieved “highlights working with our partners. This work is multi-pronged. We are interested in impacting change and have been successful in doing that.”