Register today for the June 23 (2pm EDT) online Matthew 25 event that will look at hunger and food insecurities.
Make A Donation Click Here >
Home › Advocating rather than avenging 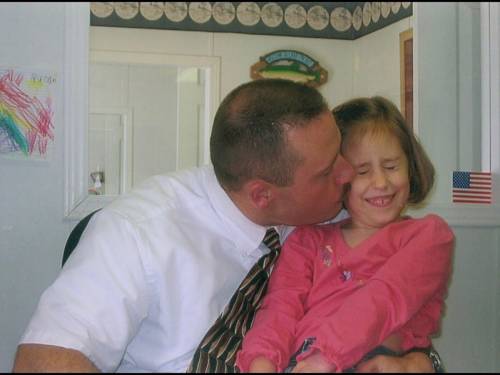 Rachel Sutphin had just turned 9 when her father, Eric Sutphin, a corporal with the Montgomery County Sheriff’s Office in Virginia, was killed during a manhunt. (Contributed photo)

“Total abolition is the goal,” she says. “Only then will I have a sense of closure knowing that something good came from my father’s death.”

When she was 9, her dad, Eric Sutphin, a corporal in the Montgomery County Sheriff’s Office in Virginia, was killed Aug. 21, 2006, during a manhunt for William Morva, a man who had the previous day killed a hospital security guard.

Now 23, Rachel Sutphin played a key advocacy role to get a bill through the Virginia Senate and House of Delegates, which if signed will end the death penalty in that state. Virginia would become the first state in the old Confederacy to ban the use of capital punishment. Virginia Governor Ralph Northam has promised to sign the ban into law  at a public ceremony to be held next month.

“I still remember all the details, where I was at home when I was told, and how my church family came over” on the day her father was killed, Sutphin said, “and how my family kept me out of all the details and process of the trial.”

But when she entered high school in 2015, Morva’s trial was still going on. That’s when Sutphin became aware of the many appeals by his attorneys — and that despite suffering from mental illness, Morva could face the death penalty.

“I had no hate for him. I understood he was acting out of fear,” she said. “My father’s position put him at risk. But understanding that risk versus a father not coming home is totally different.” 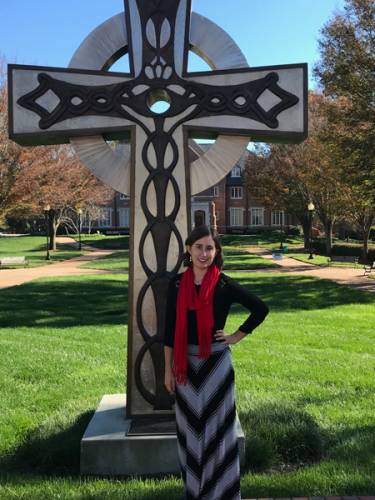 Being involved in a Presbyterian church and hearing talk about both God’s law and forgiveness, she began trying to understand the PC(USA) position on the death penalty.

She first turned to the Westminster Shorter Catechism, the one she had learned about as a child. It was there that she read the answer to Question 68, that “we are required to do all lawful measures to preserve our life and the life of others.”

After being drawn to the story of Jesus stopping the execution by stoning of a women caught in adultery, Sutphin felt led to write letters to Virginia state and federal officials, including then-Gov. Terry McAuliffe, asking for clemency on behalf of her father’s killer.

By 2017, despite Morva’s worsening mental health — according to Sutphin he now believed the government wanted to kill him because he was the last living Native American, even though he was Hungarian — a date was set for his execution.

Not having heard from McAuliffe about her clemency request, Sutphin decided to put pressure on him and other elected officials by speaking up publicly.

Sutphin contacted Virginians for Alternatives to the Death Penalty to learn more about the death penalty from its executive director, Michael Stone. The Catholic priest shared with her some key facts about Virginia’s death penalty, including these:

“Poverty is also a factor in who lives and dies,” Sutphin said.

She also spoke to one of Morva’s attorneys, also a Presbyterian, about how important faith is in advocating to abolish the death penalty. The two, along with VADP, worked on her first public statement to the press, which began this way, “I am against the death penalty for religious and moral reasons.”

“I wanted to raise public awareness that not all murder victim family members are for the death penalty,” she said. “Killing someone for killing another to tell others not to kill doesn’t work for me.”

On July 5, 2017, McAuliffe responded to Sutphin’s public statements, saying that clemency would not be granted to Morva. When Morva was executed by lethal injection the following day, a deep sadness came over Sutphin. 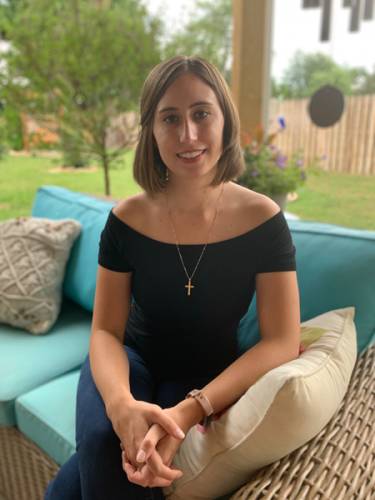 Rachel Sutphin at her home in Christiansburg, Virginia. (Contributed photo)

“As a police officer’s daughter, I was taught to trust the governor, that he and other state leaders would protect me,” she said. “But now I had two dates to remember: my father’s death and now his killer’s death. I also felt the pain my family went through being experienced by another family.”

At times, Sutphin admits to feeling very alone as she continued to advocate for the abolishment of the death penalty. Some of her family members are supporters of the death penalty. Others are against it but wish she would not speak out publicly. They figured the 11-year trial was long enough to have their name in the public spotlight.

“I’m feeling very hopeful because we’ve made so much progress over the five years I’ve been advocating to abolish the death penalty,” Sutphin said. “There’s been a tremendous increase in public support for the ban. Part of that is an outcry to former President Trump ramping up executions.”

Pointing out that since the Colonial days going back to the early 17th century, Virginia has executed more people — including women and children —than any other state, Sutphin said the very first execution that occurred in the state was a captain for spying on behalf of Spain.

“Hopefully the last person executed will be my father’s killer,” she said. 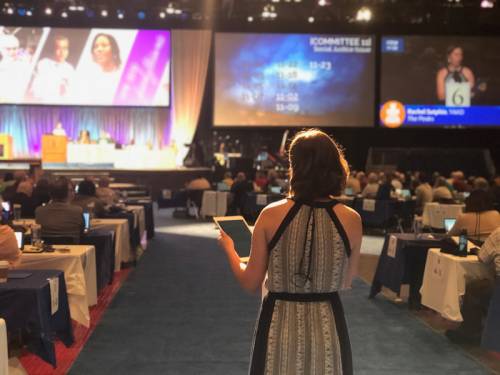 Rachel Sutphin testifies in support of an overture at the 223rd General Assembly (2018) that called for an immediate moratorium on the imposition of the death penalty. (Photo by Beatrix Weil)

Sutphin said she will continue to work to make sure that whoever is elected governor of Virginia — the primary is this fall — won’t bring back the death penalty. As a Young Adult Advisory Delegate (YAAD) she delivered testimony before the 223rd General Assembly (2018) in support of an overture which called for an immediate moratorium on the imposition of the death penalty and for the commutation of all death sentences to sentences of life imprisonment. Commissioners passed the overture 463-43.

Sutphin found support especially from her church family on how she is interpreting God’s law and love. Grateful for the church, she hopes one day to be a General Assembly co-moderator. She already is the youngest member of the PC(USA)’s Moving Forward Implementation Special Committee, which will report to the 225th General Assembly (2022).

Referring to Matthew 12:49-50, where Jesus points to his disciples and says, “Whoever does the will of my father in heaven is my brother and sister and mother,” Sutphin said, “I think after my father died that he was encompassed in abounding love. Speaking out this way and showing love to the universe supports my father’s role in protecting life when he was here.”

Sutphin received the 2020 Betty Gallagher Citizen Advocate of the Year Award from Virginians for Alternatives to the Death Penalty. The award was named after another Presbyterian. Hear Sutphin’s remarks accepting the award here.