LEXINGTON, Kentucky — As participants in Ecumenical Advocacy Days prepared to meet their congressional representatives with urgent pleas for human and civil rights, the Rev. Dr. Liz Theoharis directed participants to a sometimes-forgotten part of the crucifixion story.

In Matthew 27:50-53, we are told that when Jesus Christ breathed his last, the curtain in the temple was torn top to bottom, the Earth shook, rocks split, and “The tombs also were opened, and many bodies of the saints who had fallen asleep were raised. After his resurrection they came out of the tombs and entered the holy city and appeared to many.”

“As Jesus succumbs to death, the saints, the holy people, the prophets, the ancestors rise up and keep the holy work going, keep the movement moving forward,” said Theoharis, an ordained minister in the Presbyterian Church (U.S.A.) and co-chair of the Poor People’s Campaign-A National Call for Moral Revival. “They show up in the political and economic and religious center of the city of their day. They start talking to people, organizing the people, lobbying the legislators and continuing to build the moral movement. The tombs break open, the bodies of people who have died from violence and oppression raise to life, and they go and they keep the work going.” 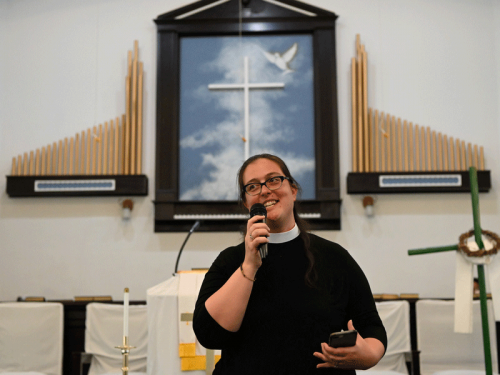 Theoharis cited the crucifixion of Jesus as well as the Exodus of the Jews from Egypt in speaking to a gathering of people who in many ways see these 21st century days as similarly dark ones in the world, from a global pandemic to numerous wars and the humanitarian crises they create to the rise of autocracy and suppression of human and civil rights.

“God, the God who led us out of Egypt, are you here with us? Have you decided to side with Christian nationalism? Is justice even possible?” Theoharis said, reflecting that trying times can cause people in movements to question themselves and wonder if they are going too far or asking for too much. “That is not the message of our sacred stories. It’s that we must struggle, and struggle, and then struggle some more. We must lobby, and then lobby harder, and keep on coming back and back.”

Theoharis was speaking at the sendoff for Ecumenical Advocacy Days’ Lobby Day. As they have in years past, many participants spent the final day of the event meeting with their congressional representatives or their staff on Capitol Hill to advocate for the event’s two primary “asks,” one domestic and one international:

Both asks are squarely in the 2022 EAD theme, “Fierce Urgency: Advancing Civil & Human Rights.” Members of the Presbyterian Church (U.S.A.) are the largest denominational block at EAD, and the Rev. Jimmie Hawkins, Associate Director of Advocacy for the Presbyterian Mission Agency’s Compassion, Peace & Justice ministries, is one of the event’s emcees. 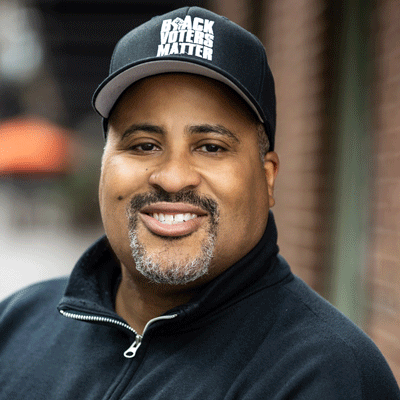 “Sometimes people try to approach the issue of voting rights as this side issue, that it’s one of many things,” said Cliff Albright, Co-Founder of the Black Voters Matter Fund. “It’s equivalent to, you know, tax reform or some other issues or some other policy-type things.

Albright framed voting rights as an issue that impacts all other issues and life in general, particularly for communities that have been marginalized.

“Voter suppression is a violent crime because it has violent impacts in our lives,” Albright said. “If we didn’t know that before COVID, then we need to know that now, right? If we didn’t know the ways that voter suppression contributes to leadership or lack of leadership that can literally be a matter of life or death — we have lost hundreds of thousands of people because you have people in some states and at the national level during the first year or so of the pandemic who didn’t care about life, right? They only cared about the politics of it.

“We look at the state of Florida, look at the impact that voter suppression is having on our LGBT community, right, or others who are marginalized, who are made to feel unwelcome even within their own schools. Those who can be taken away from family members just because of who they are, right? That has a violent impact in our lives.” 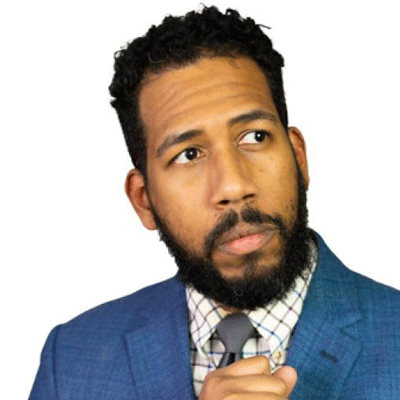 Speaking in the next session, José Santos Woss, Director for Justice Reform for the Friends Committee on National Legislation, said, “Democracy and elections is everything, is every issue. And it’s important to view it as such, because that’s how we get a broad base of people engaged in fighting for democracy, because we’re only one generation away from losing it.”

He went on to help quantify ways in which voter suppression is a problem in need of a legislative fix.

He cited a case out of Georgia, which has been the focus of voter suppression efforts the last several election cycles with tactics such as closing polling places, thus making it hard for people to reach the ballot.

Woss cited partisan gerrymandering, noting a case in North Carolina where redistricting maps were struck down because the courts said they “targeted racial minorities with almost surgical precision.” With the recently conducted census, redistricting maps have become major issues in a number of states, including Florida and New York. Woss said these are cases of legislators trying to “choose their voters.”

He also pointed to practices such as voter ID laws, poll watchers, and other activities designed to intimidate voters, particularly people from communities that have been marginalized, and manipulate election results.

“We have a better system when we have a broad base of participants in our democracy with open access to the levers of power,” Woss said. “We don’t have that today.”

The Lewis act is a long piece of legislation, he said, because there are so many problems it needs to address. 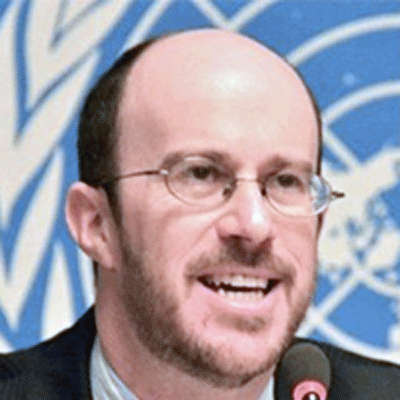 Jeff Abramson, Senior Fellow for Conventional Arms Control and Transfers at the Arms Control Association, said the arms sales act is important as the United States is the largest exporter of weapons around the world, selling 39% of the weapons globally to more than 100 countries.

Abramson said that the legislation “does something very simple. It actually puts human rights considerations as a criterium when we make arms trade decisions.” Current legislation governing arms trade maybe implies recipients should respect human rights, but it does not say that directly. He added that the act would center the principle that U.S. interaction in the world should better the world, that the U.S. will not sell weapons to countries committing genocide and human rights abuses, and there will be accountability by the U.S. in these sales.

As it is active in both chambers of Congress, the legislation does have a decent chance of passing, Abramson said. It needs “a kick,” he said. “You can provide that kick.

“This is about good governance and human rights. This is not partisan legislation.”

As they departed, participants in EAD were set to go to 32 meetings with legislators from both parties, from Senate Minority Leader Mitch McConnell (R-Kentucky) to two-time Democratic presidential candidate Sen. Bernie Sanders (I-Vermont).

“The dying mule kicks the hardest,” Theoharis said. “It’s actually because we’re so close to victory, we’re so close to victory on voting rights and living wages and expanded health care, climate resilient jobs and policies; and achieving this multiracial, intergenerational, cross-gender and gender-identity, multi religious, enlivened, and enlarged electorate of poor- and low-income people, of moral leaders and clergy, of a pro justice people. It’s because we’re so close that we actually are living through a concerted attack on these rights, a doubling down on repression and oppression.

“But we’ve been here before. After all, this is what the Exodus story, this is what Easter is all about. This is the lesson of this sacred season.”

Dr. Barbara Williams-Skinner speaks an unvarnished word to those working to advocate ecumenically

The Rev. Dr. Otis Moss III gets Ecumenical Advocacy Days off to a rousing start