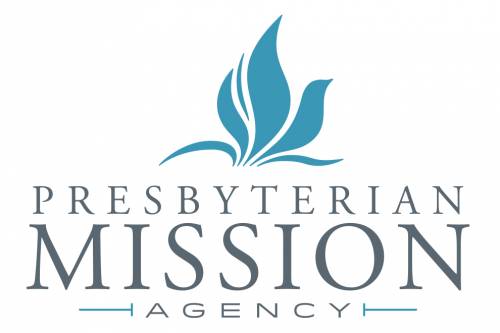 LOUISVILLE – In a letter issued today by the Presbyterian Church (U.S.A.) Advocacy Committee for Women’s Concerns (ACWC) and the Advocacy Committee for Racial Ethnic Concerns (ACREC), the groups challenged a recent proposal by the Governance Task Force (GTF) of the Presbyterian Mission Agency Board (PMAB) to dramatically reduce the board size and remove formal representation in advocacy groups.

Calling the proposal “a grave error,” the letter reminded its recipients—the GTF and members of the Way Forward Commission—of the 50-year legacy advocacy groups have played within the denomination in “holding the church accountable to its commitment to justice and equity for all people.”

“[A]dvocacy committees are not secondary interest groups, set asides, or extravagant ‘extras’ of our denomination’s mission,” the letter states. “[R]ather, we are one of the critical and prophetic underpinnings of the very substance—a reciprocal covenant relationship—of Presbyterianism.”

In lieu of formal representation from the PMAB at advocacy committee meetings, the GTF proposal says it seeks to “understand the vital role” advocacy groups play in the life of the church and suggested the formation of a liaison committee that would be “responsible for ensuring ongoing meaningful communications and dialogue with these groups.”

While acknowledging shifts in the composition of the PMAB and its predecessor bodies over the years, the letter from the advocacy groups says the current cultural and political climate presents justification for continued and close engagement between the Board and advocacy groups.

“[T]he need for the prophetic witness and accountability in church is needed more than ever, and particularly in the mission arm of the PC(USA),” the letter says in its conclusion that invites further dialog between the advocacy groups, the Way Forward Commission and the Governance Task Force. “Rather than diminishing the access of the advocacy committees in this time, now is the time to ensure our impactful inclusion in and access to decision-making tables in each of the six agencies of the PC(USA).”

“I’m grateful for the thoughtfulness in both the PMA proposal and the comments from the advocacy committees,” says Mark Hostetter, chair of the Way Forward Commission. “Both raise important concerns in how we relate to each other in an efficient structural model for our changed reality and how we ensure diverse voices participate and are heard… I’m confident that working collaboratively we can move the process forward as we help the church discern how to work together as one body in Christ.”

The complete letter issued by ACWC and ACREC is below:

We are writing in response to the January 24, 2017 announcement that the Presbyterian Mission Agency Board is seeking a dramatic change in structure. This change would reduce the size of the board by more than half and eliminate formal representation on the board from advocacy and advisory committees in the Presbyterian Church (USA). We believe this proposal is a grave error, particularly at this critical juncture in history. Therefore, the Advocacy Committee for Women’s Concerns (ACWC) and the Advocacy Committee for Racial Ethnic Concerns issue this communication:

Since the earliest days of the Reformed Tradition, our branch of Christianity has affirmed that God is active in all spheres of life, including the social polis. As a steadfast response, we have understood our obligation to be a public witness for God’s justice in the world, particularly on behalf of the most marginalized in our midst. As the Presbyterian Church (USA), witnessing to Christ as Lord and Savior includes unmasking idolatries in Church and culture, hearing the voices of peoples long silenced, and working with others for justice, freedom, and peace (Brief Statement of Faith). Not unlike the checks and balances of our republic, we affirm this opportunity through the mutual accountability and responsibility of our particular governance structure.

For the past fifty years, Presbyterians have recognized the crucial work of advocacy for gender and racial justice in the life of the church. Before reunion, advocacy committees were created to serve this purpose in both denominations, holding the church accountable to its commitment to justice and equity for all people. The Articles of Agreement that led to the formation of the reunited Presbyterian Church (USA) recognized and institutionalized the importance of this work as stated in Article 5.6:

“The General Assembly Council in its development of a design for the work of the General Assembly shall also ensure the continuance of the advocacy and monitoring functions of the Councils on Church and Race (both denominations), Committee on Women’s Concerns (Presbyterian Church in the United States) and Council on Women and the Church (The United Presbyterian Church in the United States of America). Until such time as the design for work of the General Assembly is completed and these functions are ensured, the existing structures and functions of these bodies shall be maintained.”

As such, advocacy committees are not secondary interest groups, set asides, or extravagant “extras” of our denomination’s mission; rather, we are one of the critical and prophetic underpinnings of the very substance — a reciprocal covenant relationship — of Presbyterianism.

Faithful worship of the God we know through the life, death, and resurrection of Jesus Christ and God’s ongoing presence as Holy Spirit requires honoring of all God’s creatures as imago dei. For our denomination, advocacy committees such as the ACWC and ACREC have been crucial in calling out historical and ongoing sin. Discrimination based on gender, sex, race, and their intersections must be recognized as the denial of the image of God in all people. The public theology of our heritage requires that we continue confessing at both the individual and social-institutional levels so that the church might repent and participate in God’s redeeming wholeness.

ACWC and ACREC have been a voice for God’s justice in the past, and it is vital that the committees continue to be that prophetic voice to and for the PC(USA). Now more than ever, in a time when women’s rights, racial and ethnic rights, and LGBTQ+ rights are under attack, we must be full participants at the table. We must protect the representation and influence for those who, under this proposed reorganization, would lose representation and influence. In the current culture of fear, chaos, and distraction the church has a responsibility to be intentionally focused on advocating for the silenced and ignored voices.

Given this context, reducing the size of the PMA Board by excluding the advocacy and advisory committees will not enable the stated goal of a more focused discernment on the mission needs of the church. The creation of a Liaison Committee will instead sideline gender and racial justice concerns by separating them from the tables of denominational decision-making.

We acknowledge the shifts of the PMA Board over the years (i.e. no longer serving in a supervisory role or as a General Assembly between Assemblies), however that does not negate the imperative of our witness. Not only is this an imperative of the Christian witness, but the current cultural climate has amplified the need for the church to be a living example of the realm of God that honors all people as God’s image bearers. If anything, the need for the prophetic witness and accountability in church is needed more than ever, and particularly in the mission arm of the PC(USA). Rather than diminishing the access of the advocacy committees in this time, now is the time to ensure our impactful inclusion in and access to decision-making tables in each of the six agencies of the PC(USA). So that our witness to the commonwealth of God is complete, we would request full inclusion at the table with voice and vote.

Though difficult decisions are at hand for our denomination, the advocacy committees, in our mutually covenanted relationships with this denomination, challenge the Presbyterian Mission Agency Board and the Way Forward Commission to honor and answer affirmatively our call as Reformed Christians to hold one another accountable as followers of Jesus Christ. We welcome and invite further conversation as you move forward in this discernment process.

Your partners in ministry,