by the Rev. Irvin Porter | Special to Presbyterian News Service 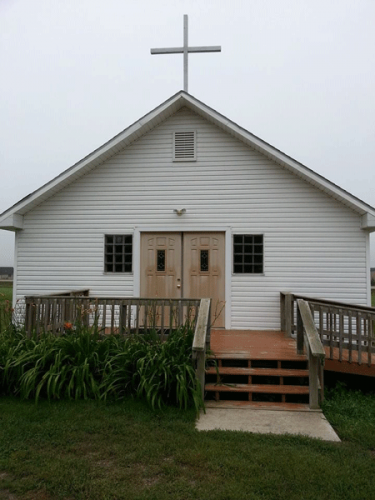 In 2018, commissioners to the 223rd General Assembly of the Presbyterian Church (U.S.A.) voted to create a Native American & Native Alaskan Fund to take in donations. Its sole purpose is to help pay for the then-$5.2 million in needed repairs to the denomination’s 97 Native American churches.

Because of inflation, those repairs will now cost $6 million. Commissioners to the 225th General Assembly (2022) added $200,000 to the money that’s been collected to date. Many individuals and congregations give to the fund, sometimes monthly, to enable the repairs.

Pejuhutazizi (Yellow Medicine) Presbyterian Church was organized by the Rev. T. S. Williamson on May 6, 1853. The church is located on the Upper Sioux Dakota Community near Granite Falls, Minnesota. The congregation is part of Dakota Presbytery, a non-geographic presbytery within the Synod of Lakes & Prairies.

The dominant society created many churches on reservations as a means of “civilizing heathens” away from their own tribal cultures and languages. Then after the church was populated and a going concern, they were left by mission boards to either sink or swim. Many sunk. After learning the Christian religion, the language of the colonizers and how to read and write, they were left to fend for themselves. Today, Native Americans within the PC(USA) are among its poorest constituencies.

Presbyterian congregations within their local presbytery have sometimes been quite helpful to the needs of Native congregations, although many Native Americans have been treated with either mild neglect or outright racism.

After the original Pejuhutazizi church building caught fire in 1947, the congregation salvaged lumber and rebuilt the church, moving its location closer to the highway for easier access in case of emergencies. In 1997, Minnesota experienced historic flooding. Situated in a floodplain, the church took on five feet of water and received damage to the foundation, flooring and pews.

With help from the community, the church was repaired. But in 2001, the area experienced another flood. Later that year the church was moved to higher ground, where it is today.

Throughout the years of building and rebuilding, moving and restoring, the same lumber was used and reused. This church does not have insulation, the windows are in poor condition and the roof is losing shingles with every storm. Worshiping in an out-of-date structure means the cost of heating and cooling are among the church’s costliest expenses. During the winter months, the heat must remain on to keep the water pipes from freezing. The church’s budget barely keeps up with its utility bills. Members and friends have found that bringing the church insulation up to code and installing new siding and a new roof are beyond their financial reach.

The grant funds from the Native American & Native Alaskan Fund together with other funds from the Extra Commitment Opportunities for Native Americans within the Racial Equity & Women’s Intercultural Ministries office will enable materials and labor costs to meet these needs though continuing funding for the repairs needed are being sought. 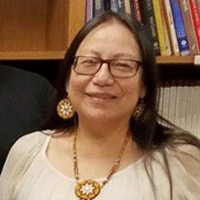 Cloud says that balancing her culture and traditions with her Christian faith are important parts of her ministry. It must have been God calling her to the church, she said, because she hadn’t pursued the call to the congregation. “It just came to me,” she said.

She said her joy in ministry comes from being able to live out her cultural ways together with sharing the Gospel of Jesus Christ. Singing in her own language is part of those cultural ways, a practice many Native American Christians enjoy today. That’s far different from the days when Native American children were shipped off to boarding schools, where their languages, cultures and tribal clothing were forbidden. Today’s acceptance is what Cloud describes as “the way God would have it.”

Cloud’s many duties include:

As her talents and skills became more visible within the Church, they’ve been recognized by local and national organizations. Her cultural teachings and artistry have been honored locally and nationally. In 2021, she served as a Cultural Preservation Officer for her tribe. She’s been featured in several media accounts, including this one and this one.

She feels her journey is not accidental, nor coincidental either. She has returned to Minnesota to help her people in many ways. Native Americans were told by missionaries that they had to choose between Native American and Christian ways, then used verses from the Bible to justify their ultimatum, including Matthew 6:24: “No one can serve two masters …”

Cloud is the great-great-granddaughter of Taoyateduta (Little Crow), Chief of the Dakota who allowed the Presbyterians to build a school and a church on Dakota lands. Her great-great-grandmothers were among the first students, and members of the first congregation. Those connections couldn’t be clearer for Cloud.

Native Americans are not only a part of the Presbyterian Church (U.S.A.) but an integral part of its future. “America” sits upon lands on which the Creator has placed them. Being driven out of their traditional homelands, victims of genocidal attempts to eliminate them from their lands and history itself has only strengthened Native American people’s resolve to remain who the Creator has made them to be — keepers of the Land.

Native Americans, the Indigenous peoples of this land, are a vital part of this Body of Christ. “America” is our homeland. The Creator put us here as stewards of this land. Native People are becoming more visible and a voice, a valued voice within the PC(USA).